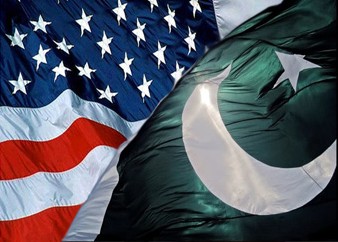 Every country has its own peculiarities, but in international affairs, Pakistan stands out as the one and only state that, despite the perennial turmoil in internal affairs and lack of powerful Beltway lobby, has excelled splendidly in exploiting US ‘smart power’ ambitions .

When the US betrayed their staunchest ally, the Shah of Iran, General Zia ul-Haq – unlike Noriega, Hussein, Qaddafi, and Mubarak et al – was the first to conclude that, to count on succor from the White House when push comes to shove, would be a suicidal folly.

Since then, the Pakistani military & intelligence establishment has cracked American secret code of international conduct and pioneered fool-proof formula: ‘If you don’t want to be dispensed with by the US, you gotta be indispensable for the US’. And the best way to do it is to embrace Washington’s agenda and then highjack it.

Though it may look like it’s easier said than done,   Islamabad has been doing that without fail for more than 30 years, with ISI gingerly ‘leading from behind’ long before that approach was mistakenly attributed to the most prominent Nobel Peace Prize laureate.

The successive US administrations were hypnotized to believe that they have always had ‘their’ policy on Pakistan & Afghanistan as Petri dish for ‘chaos management’ field testing.

The rude awakening that has yet to come is that America has been recruited on the sly as ‘indispensable’ proxy force for Pakistan’s regional foreign policy and designated annuity& materiel provider for its Armed Forces.

The Pakistani military leadership could have enough wisdom to notice that the time-tested policy of ‘strategic ambiguity’ and finesse brinkmanship as American ‘frenemy’ is at the threshold of diminishing returns.

As the intimate kingmaker of US regional policy, Islamabad knows better than any LA shrink, that Washington is a hapless victim of delusion of grandeur:

As I posited at the international conference in Delhi this year, http://www.rt.com/news/blogs/friendly-fire/us-afghanistan-pakistan-policy/, the question should be not ‘what can America do for Afghanistan?’ but ‘who could extricate America from Afghanistan?’ – Now I have the answer.

Only Pakistan has the ability to bail out the over-stretched Uncle Sam from its Hindu-Kush tar baby.

To accelerate American departure for good without any ‘residual force’, Islamabad could offer Moscow to coordinate their efforts on Afghanistan.

If the White House needs a reality check and a friendly encouragement to boot, this booster could come up in the middle of the night as the following braking news:

“In a joint statement Pakistan & Russia have announced that for the benefit of the security and stability in the region, they will synchronize and execute their ‘American option’ to simultaneously close for good southern & northern supply routes to Afghanistan.”