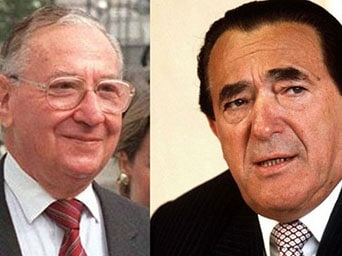 Robert Maxwell and Jack Lyons, two of the most notorious figures in British   corporate history, helped Mitt Romney build his $250 million (£160 million)   fortune, it can be disclosed.

By Jon Swaine, Washington for the UK Telegraph

Maxwell, the late owner of Mirror Newspapers, invested $2 million in Mr   Romney’s first private equity fund, which launched the controversial career   in finance that the Republican presidential challenger now cites as proof of   his ability to lead the US   to prosperity. 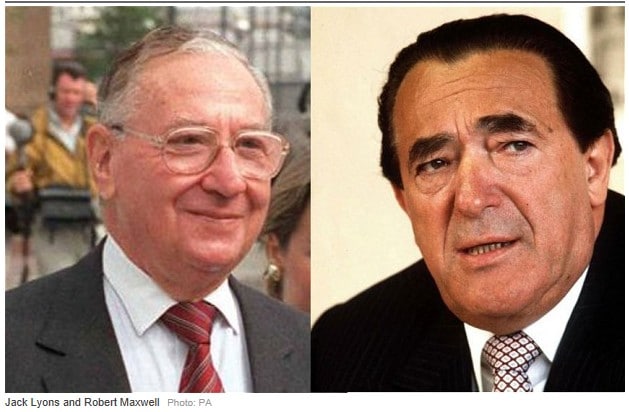 He was recruited by Lyons, a late colleague of Mr Romney’s at Bain &   Company and one of the “Guinness Four” who were convicted in 1990   over the infamous share-trading fraud at the drinks firm. Lyons and his   family invested almost $3 million in Mr Romney’s fund.

Bain Capital
Both Lyons and Maxwell kept their money in tax havens. The discovery of their   financial links to Mr Romney comes amid mounting pressure on the former   Massachusetts governor to disclose details of his own offshore holdings,   including a Swiss bank account.

Amid an onslaught of attacks from Barack Obama, Mr Romney has repeatedly   refused to release tax returns predating 2010.

Mr Obama’s campaign claims the documents may show that Mr Romney profited from   the destruction of companies bought by his private equity firm, or paid even   less than his current 15 per cent tax rate, thanks to his foreign accounts.   The disclosure of the Lyons/Maxwell links also sheds light on one of the   worst periods in the history of Bain, where Mr Romney was a senior   management consultant. Its London office was ensnared in the Guinness   scandal after being paid millions of pounds in fees for advising the drinks   company.

In 1984, Mr Romney set up Bain Capital, the firm’s investment arm, overseeing   fundraising from his Boston office. Corporate files obtained by The Daily   Telegraph show that Lyons, whom Bain hired to help set up its British   office, was his first investor, putting in $2.5 million via a front company   in Panama.

Colleagues from the time said in interviews with The Daily Telegraph   that the “unlamented” Lyons, the Yorkshire-born retail magnate and   close ally of then-prime minister Margaret Thatcher, also reported back to   Boston that he had signed up Maxwell, a friend and fellow City giant. “Jack   took an interest in Bain almost as if we were his sons,” said one Bain   executive based in London at the time. “He wanted us to succeed in the   UK and he introduced us to a lot of people . . . I remember attending a   luncheon in London with Robert Maxwell.”

Maxwell, an avowed socialist, invested through his British print firm, which   was ultimately controlled by his secretive foundation in the tax haven of   Liechtenstein. Lyons’s nephew, Graham, and a trust in his name, invested a   further $225,000. Graham Lyons, now a barrister in London, declined to   discuss Mr Romney’s fund, adding: “I’m not in finance.” He   referred queries to Lyons’s son Jonathon, who did not respond.

A string of Bain partners invested about $12 million of their own money; Mr   Romney putting up at least $160,000. Millions more came from investors in   other tax havens including the Bahamas and Switzerland, and powerful   families from El Salvador, some of whom were later linked to Right-wing “death   squads” responsible for murders in their country’s civil war. The $37   million fund was a great success, funding among others the global expansion   of Staples, the stationers. According to a prospectus, it yielded an average   return of 173 per cent a year on stakes in 21 firms, making millions in   profits for its investors. “Every couple of years I would get a cheque,”   one recalled. “It was always a lot more than I had put into it”.   One Bain executive said: “Bain Capital is now a multi-billion dollar   fund, and it’s made Mitt very wealthy”.

Maxwell died in suspicious circumstances in 1991 at the age of 68. It emerged   he had plundered hundreds of millions of pounds from employee pension funds   to plug holes in company finances, prompting a partial bail-out by British   taxpayers.

He had sold his British print firm at a vast profit. Its later owners did not   respond to questions about what happened to the Bain Capital stake.   Meanwhile Lyons found himself at the centre of the scandal at Guinness,   which had paid Bain millions to help rescue its fortunes, in a deal approved   by partners in Boston, such as Mr Romney.

Lyons, who was being paid $100,000 a year by Bain, agreed to join a group of   Guinness allies buying up Guinness stock to boost its share price and make a   1986 takeover bid for rival firm Distillers more attractive. The takeover   was successful, prompting Bill Bain, the firm’s founder and Mr Romney’s   mentor, to write to Lyons from Boston: “We are all delighted and look   forward to hearing the story of how you managed to pull it off.”

The truth was the deal secretly included £25 million in “success fees”,   or bribes, for the allies to buy the stock, and guarantees of refunds for   any losses – all illegal. Lyons and three others were convicted of theft and   false accounting. While three were jailed, Lyons avoided prison due to ill   health. He was stripped of his knighthood and CBE, and fined £4 million. He   died aged 92 in 2008. There is no suggestion that Mr Romney, nor any of the   partners in Boston had any knowledge of the wrongdoing.

A Bain colleague in London described the period as “traumatic”. Mr   Romney avoided the fallout by focusing on Bain Capital. “Mitt was just   another partner watching this thing unfold,” said the colleague.   Another British former colleague described him as “bloodless”. He   added: “He was the sort of person that you would admire rather than   like, and I think that continues to bedevil his political career.”