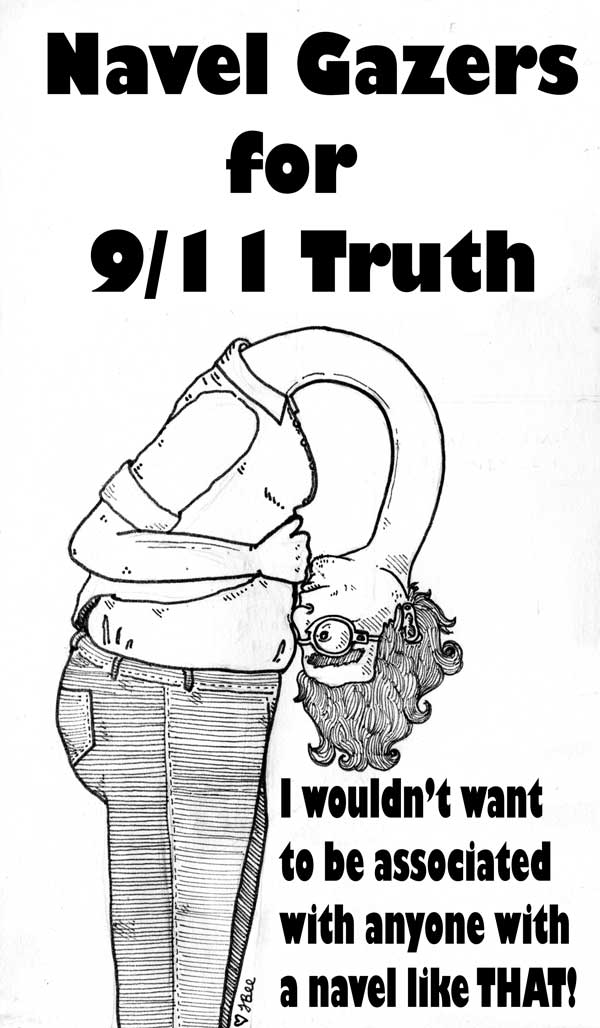 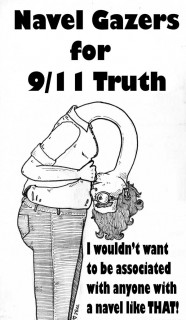 The 9/11 Truth movement is fighting a war – but it’s only wounding itself.

Self-appointed “credibility cops” have made it their mission to act as antibodies in the Truth movement’s immune system, seeking out and destroying harmful ideas, individuals, and alliances they think threaten the survival of the host. The idea is to rid the movement of any area of research that might contaminate it and invite public ridicule.

But is the cure worse than the disease?

The exaggerated need to control all aspects of the message is working against us. We have become so preoccupied with cleansing the movement of harmful thoughts that we spend an unhealthy amount of time attacking each other instead of the official story and the media cover-up.

Here’s the fear: a truther expresses sympathy for an idea that is highly contentious (or suspected of being disinformation) for one reason or another. At some point, we’re told, the idea may be discredited, and the movement will be left looking foolish.

But is this fear justified? Is it realistic to think that taking certain positions – if they are later discredited – will bring the whole movement down?

This cleansing process has another dark side; while truthers are incessantly policing what is considered acceptable, camouflage is provided for the efforts of those who claim to be helping the movement but who are actually intent upon destroying it. Free license is given to those pretenders who wish to attack good evidence while holding on to their “respectability” within the movement.

Hatchet-men like Michiel de Boer (Snowcrash) and Brian Good are among those who claim to be doing good by relentlessly attacking the Truth movement under the guise of purging it of bad theories. What a great excuse for launching endless attacks against honest truthers. We give these people tremendous power when we behave as they do.

It should be noted that some level of concern about losing credibility is reasonable. We want to take strong positions that can be backed up by solid research and sound science, and we want to communicate those to the public and the media in the most persuasive way possible. But whatever cause there is for concern has led to a wild overreaction.

The fear of ridicule is based on a major false assumption as well, that the media are just waiting for us to make a mistake so they can go to the public and say, “Aha! We told you they were crazy!” We WISH the media were paying that much attention to us. The problem is that they are pretty much ignoring our efforts.

There are several prominent truthers who claim that saying no 757 ever hit the Pentagon on Sept. 11 will make the movement look foolish, perhaps when those 85 videos are released at some distant point in the future. Better to stick to ideas the public can swallow more easily, they tell us.

One is John Bursill who made this very point on 911blogger in 2009:

“…if the media/military produce a video tomorrow of a plane hitting the Pentagon we are as a movement dead in the water.”

So instead of attacking the many gaping holes in the government’s Pentagon scenario, Bursill and others prop it up, focusing instead on how Hani Hanjour didn’t have the piloting skills to pull off the “attack.” They continually warn us about the dire consequences of exposing ourselves to ridicule if we don’t see things their way.

In their paper attacking Citizen Investigation Team last year, David Chandler and Jonathan Cole used the fear of ridicule to scare us off considering the evidence that no large plane hit the Pentagon, even implying that CIT’s Pentagon position could be intentional disinformation:

“…the mystery that surrounds the Pentagon makes it an attractive target of speculation and the subject of truly wild conspiracy theories … this is not the only instance of theories that seem designed to be easily discredited.”

They go on: “Why, then, the strenuous push to focus the attention of the Truth Movement onto the Pentagon? Does it sound too cynical to suggest that we are being intentionally set up?”

Then there are those who offer compelling evidence that a plane didn’t hit – Craig Ranke and Aldo Marquis of CIT. They are perhaps even more extreme in their belief that any questionable comment or association will cause terrible damage to them and to the movement.

It is ironic that CIT takes very much the same approach in this regard as do their harshest opponents. They don’t want the purity of their north side evidence (which I continue to support) to be tarnished by coming into contact with the “bad” evidence like video fakery, mini-nukes, or directed energy weapons bringing down the towers.

In fact, my tolerance for discussion of some of these issues in the comments section of Truth and Shadows has led CIT’s Marquis to ask me to stop mentioning CIT or him by name in my articles. He thinks my ardent support for CIT’s conclusions is harming their efforts. Ouch. The request was, of course, denied.

Major 9/11 conferences have also been affected by the trumped up fear of ridicule. The organizers of the Toronto 9/11 Hearings in 2011 did everything possible to avoid “controversial” subjects like the Pentagon. They wanted to be nonthreatening for the mainstream media, and they were, receiving limited coverage in Canadian papers like the National Post.

CIT wasn’t invited, and Ranke says they wouldn’t have gone if they had been. CIT was invited to the Vancouver 9/11 Hearings but they declined. They didn’t want to be on the same stage as those offering presentations on Judy Wood’s work, video fakery, nuclear devices at the towers, etc.

But was the movement ridiculed because of the diverse range of topics dealt with in Vancouver? Actually, I don’t know if the event got any coverage at all. The hearings went ahead, and the world is still spinning.

Former NASA executive Dwain Deets caught considerable flack for his presentation suggesting that there’s evidence for a nuclear component at Ground Zero. But I liked the fact that a truther with such a solid reputation like Deets’s would take on a controversial area like this, helping to erase some of the oppressive barriers between different 9/11 topics.

Deets evaluated evidence; what the heck’s wrong with that?

Richard Gage of AE911truth got into hot water in February when he and Kevin Ryan agreed to speak on the topic of 9/11 to the annual convention of the Nation of Islam. There was outrage from some in the movement that these two would associate the organization and the movement with the controversial (there’s that word again) Minister Louis Farrakhan.

But Gage and Ryan went ahead regardless. They made their presentations to an audience of thousands more than any truther has reached in a live presentation. Their decision prompted the resignations of AE board members David Chandler and Brian Romanoff.

In this case, a prominent leader in the movement did what was right rather than what was safe and acceptable to credibility cops. As Adam Syed, a frequent 9/11 commentator (here and elsewhere), points out, no one objected when Tony Szamboti and Bob McIlvaine appeared on the fascist Fox News. That was considered a breakthrough.

Canadian journalist Jonathan Kay (I swore I’d never give him any more publicity) ridicules anyone who believes in 9/11 truth. He had a go at Gage, David Ray Griffin, Barrie Zwicker and others in his recent book (or hit piece), Among the Truthers.

But Kay didn’t go after fringe theories to discredit all truthers; in fact, he hardly looked at facts at all. His task was to make these respected truthers seem like well-meaning but ultimately delusional cranks.

He didn’t depend on discussions of holograms or the TV coverage being faked or claims about missiles hitting the Pentagon. He focused on truthers as curiosities (Gee, what makes conspiracy theories so compelling? And why do people persist in these beliefs? What’s missing in these people’s lives that they have to resort to such flights of fantasy?)

It’s not crazy theories the media wants to discredit, it’s the solid ones, the ones that have real traction.

Someone could point to my last post in which I criticize Pentagon pro-planers Bursill and Frank Legge and say I’m not practicing what I preach. But here’s the difference: They’re attacking good, strong evidence against the official story, and I’m calling them on it. They’re telling us that when in doubt we should default to the story that a plane did hit, and they’re trying to drag the movement in their direction.

Even so, I’m not telling people not to share a stage with either of them. I’d actually love to see either put their ideas to the test in a debate with a worthy opponent.

My bottom line is that whether or not one theory or another is shaky or unsupported, we do ourselves a great deal more damage with this incessant self policing than we would just making our case for what we think is the truth and moving on.

The strong research will rise to the top, the unsupported research will be challenged, and the truly discredited areas of investigation will fall in light of better information.

It’s time to refocus. Let’s direct our attacks to the official story and the refusal of the mainstream media to tell the world the truth.