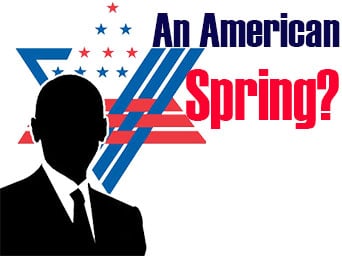 The coming elections in America have become a contest between candidates who both try to be the leading panderer to Israel.

Watching grown men who aspire to lead America grovel and mollycoddle before Israeli puppet-masters is disturbing.

America is in the hands of a president who can’t decide whether to be imperious or fawning, an administration more devoted to Israel than to America, and a Congress that’s disdainful to most Americans and servile to AIPAC, ADL, AJC ZOA and 153 other American Jewish organizations.

The Republican candidate for the presidency is more deplorable than the legislature and the wretched administration combined.

Mitt Romney could hardly wait until he arrived in Israel before he started pampering Benjamin Netanyahu.

But then he was competing against Obama’s unpardonable generosity a day before when the President signed a bill giving Israel an extra 70 million dollars in military aid.

This, in addition to the 3 billion dollars Israel receives each year, comes out of American taxpayers’ earnings. Most American taxpayers are unaware that, in per capita terms, the United States gives each Israeli a direct subsidy worth about $500 per year.

This largesse to individual Israelis should provoke deep resentment among thousands of unemployed in America as well as to those who lost homes during the financial crisis.

Israel’s pawns in the US Congress refuse to tax the wealthiest one percent. They refuse relief for home-owners, refuse to fund the hiring of needed teachers, police and firemen, and refuse to allocate funds for infrastructure maintenance of bridges, roads and national forests.

The Israeli shills in Congress don’t think twice about funding the war-mongers who pushed America into a 4-trillion dollar war in Iraq, and are pressuring for an encore in Iran.

If Obama loses the election, he could regret the generosity designed to attract the Jewish vote.

With typical political manoeuvring, Romney had to play one-upmanship to the Associated Press. They report: 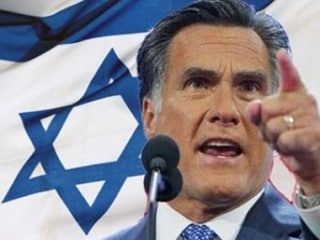 “The Republican’s campaign” says Romney “is happy steps being taken to enhance security cooperation with Israel. But the bill “does nothing” to address whether Obama recognizes Jerusalem as the capital of Israel.”

In a sickening lie, Romney grunted “No country or organization or individual should ever doubt this basic truth: A free and strong America will always stand with a free and strong Israel.”

Neither America nor Israel is free. America will only be free when it’s rid of the albatross of Israel around its neck; and Israel will never be free as long as it’s an apartheid state stealing land for illegal settlers.

The more he attempted to justify Israel’s false needs, the more Romney revealed either the ignorance a presidential candidate shouldn’t have or himself as a pathological liar.

“With Hezbollah rockets aimed at Israel from the north, and Hamas rockets aimed from the south, with much of the Middle East in tumult, and with Iran bent on nuclear arms, America’s vocal and demonstrated commitment to the defence of Israel is even more critical.”

In a brazen show of how he would lead America into war, Romney insisted “We must lead the effort to prevent Iran from building and possessing nuclear weapons capability.”

Unless the American President and Congress change course, 2013 may welcome an American spring.