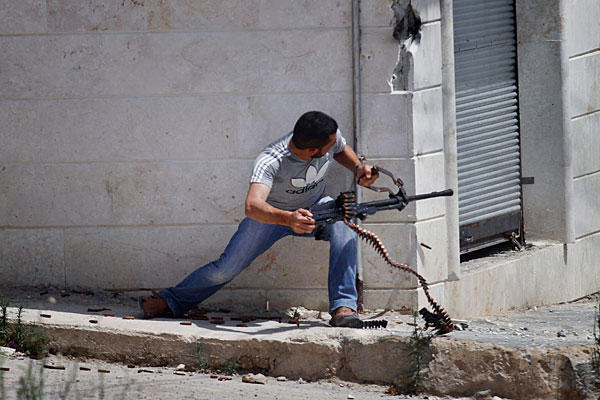 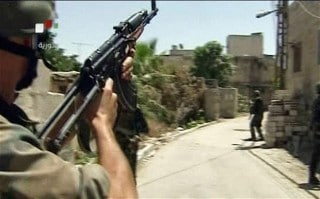 There is a horrible speculation that the insurgents in Syria may have seized hold of chemical weapons.

Apart from the catastrophically unthinkable havoc the rebels can wreak in Syria and in the region with the WMDs, the rhetorical question which remains is how these weapons of mass destruction have fallen into the hands of the insurgents who are chiefly composed of Wahhabi al-Qaeda mercenaries of different nationalities including Afghans, Iraqis, Turkish, Yemenis, Jordanians, Pakistanis, and Saudis.

The situation in Syria is assuming Orwellian ramifications and the possibility to clearly understand or dissect the situation in the country is not an easy task.

In addition to the active role the Saudi-backed Wahhabis, CIA and some western intelligence organizations are playing in Syria, there is one entity, namely Israel which is stealthily espying every single development in Syria.

For the first time, an Israeli spy official clearly stated that Israel supports regime change in Syria and that it really demands an end to the government of President Bashar Assad.

“I hope it will happen, even though I don’t know when or how,” Intelligence Agencies Minister Dan Meridor said on Tuesday.

The top spy chief implicated why Assad should go and how it would damage the Islamic Republic of Iran.

“I am not going to try to calculate when Assad’s end will come, but when it happens, Iran’s biggest ally will be gone.”

Taking it for granted that Assad is doomed to go, he said, “I hope the new Syria will understand that joining Iran is a mistake that brings isolation from the Western world.”

Such a feeble perception of the Syrian situation is indicative of one who is either too optimistic or one who is well aware of what is going on behind the scene and that which is not visible to the ordinary people with no intelligence savvy.

Ironically, Dan Meridor does not seem to understand that the situation in Israel is spiraling out of control with people protesting against social injustice almost on a daily basis. Since last month, four Israelis have set themselves ablaze from an extremity of despair.

On August 5, John McCain and Lindsey O. Graham, both Republicans, who represent Arizona and South Carolina in the Senate, respectively and Joseph I. Lieberman, an independent, who represents Connecticut in the Senate advised the US government to directly and openly provide assistance, including weapons, intelligence and training, to the insurgents in Syria as they claim President’s Assad’s ‘brutality’ is no longer to be tolerated. 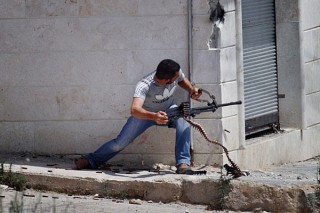 “It is not too late for the United States to shift course. First, we can and should directly and openly provide robust assistance to the armed opposition, including weapons, intelligence and training. Whatever the risks of our doing so, they are far outweighed by the risks of continuing to sit on our hands, hoping for the best.”

Another part of this sabotage axis against Syria is Turkey which plays a very treacherous role in snowballing the Syrian crisis. Turkey has supplied the rebels with dozens of man-portable air defense systems (MANPADS).

According to NBC, the missile supplies might have been provided by Turkey, Saudi Kingdom and Qatar monarchy, the three countries which have made strenuous and costly efforts to overthrow the government of Bashar Assad.

In a press conference at the United Nations in New York City, a Syrian UN representative announced that Turkey shipped US-made Stinger anti-aircraft missiles to rebels via Turkey, saying that Turkey was pleased with Kofi Annan’s resignation because Ankara and Washington were initially opposed to his six point peace plan.

In fact, Turkey should be grateful to Syria what it has done for it in the past. It is acknowledged by many pundits that it was Bashar’s father Hafiz Assad who tailored a compromise between Turkey and the Kurds living on both sides of the country, thereby vaccinating Turkey for years against any attacks on the part of the Kurds.

The antagonistic policies of Turkey have left President Bashar Assad with no choice but to grant autonomy to the Kurds in Syria who can foment dilemma for the Ankara government and get Prime Minister Tayyip Erdogan into hot water.

The ongoing Kurdish insurgency has reportedly claimed the lives of at least 48000 over the past two decades.

Prime Minister Recep Tayyip Erdogan is sharply aware of what a deep impact this decision can exercise on the security of Turkey.

He claimed the two groups had built a “structure in northern Syria” that for Turkey means “a structure of terror.”

Turkey is making a tactical mistake by supporting terrorism in Syria and supplying them with weapons, military training and human resources. Turkey will certainly fall into the pitfall it has dug for Syria and the insecurity it envisages for Syria will ultimately recoil against the government itself.

As for Washington and NATO, they are making a selfsame mistake.

The two are fondling terrorism and extremism by throwing support behind the insurgents in Syria. They know that a popular uprising in the true sense of the word is not clearly discernible in Syria and that what has been taking place in Syria is a string of militancy and terrorist operations funded by the Saudis and the Qataris and some western countries who are waiting to reap the benefits of their atrocities in case Bashar Assad’s government collapses. Such a day, if it comes, will open a new chapter of horror in the Middle East with no end in sight.

The unfurling reality is that the hostile states and powers antagonizing Bashar Assad are gradually getting caught up in the labyrinthine Orwellian pitfall of their own folly and that they are consciously or unconsciously working in the best interests of the Zionist regime.