Barry Chamish is one of the most radical, out-of-control Zionists you’ll ever meet. Chamish is so extreme right-wing pro-settler, pro-Greater-Israel, pro-Jabotinsky, pro-Zio-terrorist, he makes Netanyahu look like a peace-loving statesman.

But one thing you can say about Chamish: He’s not stupid, he has guts, and he pretty much calls it the way he sees it. On a personal level, I actually like the guy.

So when Chamish recently wrote what he intended as a hostile review of Christopher Bollyn’s Solving 9/11, but couldn’t help admitting that Bollyn was basically right, that the big-money Zionist mob did 9/11 with the help of Mossad and its American assets…well, that’s about the highest praise Bollyn could ever get.

Chamish claims it was the “Labor Zionists” that did 9/11, and faults Bollyn for failing to exonerate the likes of Netanyahu. But the evidence shows that Bollyn is right, and Chamish is wrong: Netanyahu was obviously a key player in the 9/11 conspiracy.

Bollyn cites Netanyahu’s 1979 Jerusalem Conference on International Terrorism(JCIT) where the whole game-plan for the upcoming “war on terror,” i.e. the war on Israel’s enemies, was developed. Chamish fatuously writes: “In 1980, Netanyahu was selling furniture at the RIM company and not formulating plans for 9-11.”

The seminal importance of Netanyahu’s JCIT in creating the “war on terror” out of whole cloth, and setting the stage for 9/11, is obvious to anyone who reads Netanyahu’s book that came out of JCIT called “Terrorism: How the West Can Win“.

In that compilation, arch-Zionist Orientalist Bernard Lewis reveals his plan, supported by the pro-Israel wing of Western intelligence agencies, to create a modern version of the medieval assassins – namely, al-CIA-duh – and use it to smash the Middle East to pieces on behalf of Israel (the Oded Yinon plan). 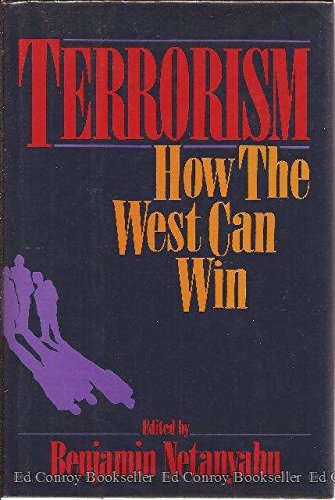 If that isn’t the game plan for 9/11, what is? (Bernard Lewis was the first person from outside the government to meet with George W. Bush in the immediate aftermath of 9/11; obviously he was there to quarterback 9/11 and its intended aftermath.)

If there are any doubts that Netanyahu is at the top of the list of 9/11 criminals, they should be dispelled by the reports informing us that Netanyahu and confessed insurance fraudster and 9/11 demolition criminal Larry Silverstein is such a close friend of Netanyahu’s that they speak on the phone every single week.

Chamish claims that Bollyn fails to see that Likud and Netanyahu are the good guys, and the Labor Zionists the bad guys, due to Bollyn’s supposedly anti-Zionist or anti-Jewish ideology. But it is actually Chamish who is letting his raving-extremist Likudnik ideology blind him to some of the simple, obvious facts of 9/11, including the involvement of his heroes Sharon and Netanyahu.