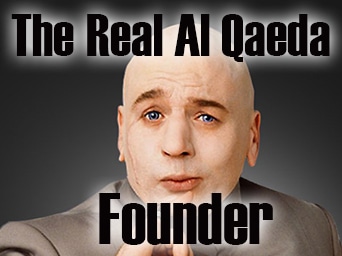 A group calling themselves “OPSEC” has accused President Obama of violating “operational security” tied to the theoretical operation involving the claimed murder of Osama bin Laden in Pakistan.

This week, we learned that top Pentagon officials are shocked at some of the information being leaked by the “OPSEC” group, their claim that security clearances of some have been violated and that others are blatantly lying.

A senior Army official, off the record is quoted:

“Duff, the generals are pissed as hell about this.  They are claiming they are “OPSEC” but they don’t know the first thing about it.  They are actually giving out names, asking for donations, violating every tenet of special operations groups.

Also, they are claiming to be Special Forces without proof.  Now I see them backing off from that.

I have my own questions about operations, which, because of OPSEC I am unable to discuss in detail but they have nothing to do with the wild fabrications and political grandstanding this group is doing.”

According to Military.com, the group now claims to be “CIA” and “special forces.”  Note the small “s” and “f” in “special” and “forces.”  Of course, there is NO list of CIA agents, nor is there such a thing as “special forces.”  Here is the quote:

Last time someone called Special Forces “troops” they ended up looking for their teeth.  As for the CIA claim, that one has me rolling on the floor.  Next thing I expect is for them to say they represent the “Union of Fairies and Leprechauns.”

I have political issues with Romney and, frankly all of Washington.  Election after election, we live in a “least of evils” world though more and more suspect Obama may actually intend well but has been constrained by the massive influx of corporate cash flowing into Washington to defeat his economic initiatives.

Washington, under the Supreme Court’s Citizen’s United ruling, has become the whorehouse of all time.  Wall Street has been joined by the drug cartels and has bought everything that moves in Washington, starting with Romney, the puppet of Sheldon Adelson.

Now we have another “swift boat” group, claiming to be “special forces” and asking for cash.

In doing so, they are openly attacking, not only the Commander in Chief but the leadership of the military and intelligence services while taking money from gambling and drug interests. 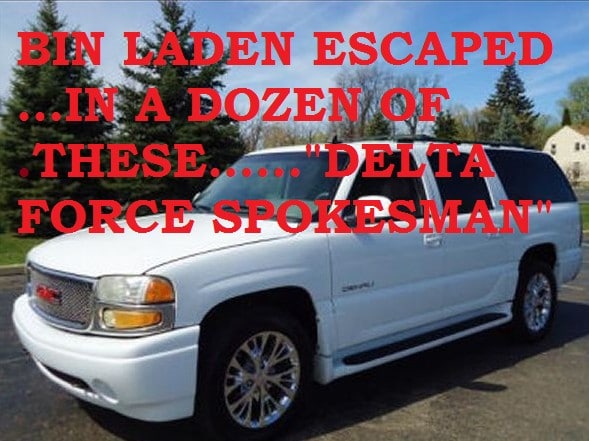 My first point is that they are not entirely wrong, bin Laden died in 2001.  Another point is that the Delta Force stories told about bin Laden and his Tora Bora fleet of white GMC Yukons was predicated on the lies told by Rumsfeld.

Rummy claimed “Al Kayduh” had massive bases all over Afghanistan, huge underground “fortresses.”  This was an outrageous lie, nothing has been found in 12 years.

Here, watch where the story began and why the phony “Delta Force” make up the Tora Bora fairy tale…all the vehicles parked in huge underground bases that never existed:

This is where the wild story of bin Laden began, all his vehicles parked in Rumsfeld‘s imaginary bases, the whole thing a total lie.  Bin Laden died at Tora Bora, while still “on the books” of the CIA, kidney failure, no portable dialysis machine recovered, no underground base, no monorails or bad guys in powder blue jump suits.

Time enough has passed, here is a piece of OPSEC that every member of US special ops unit knows:

There had been no word from Osama bin Laden since December 2001 and that the numerous videos and audio tapes were all counterfeit, adequate proof to anyone that the war in Afghanistan was being fought illegally.

However, releasing that fact would be what a free and independent patriot would do, not the act of a strutting paid “parrot.”  Please check for actual public confirmations from both Secretary of Defense Gates and CIA Director Panetta.

Rumsfeld had grown up on James Bond movies and bin Laden, the CIA asset, was sold to America as “Auric Goldfinger” or “Doctor Evil.” 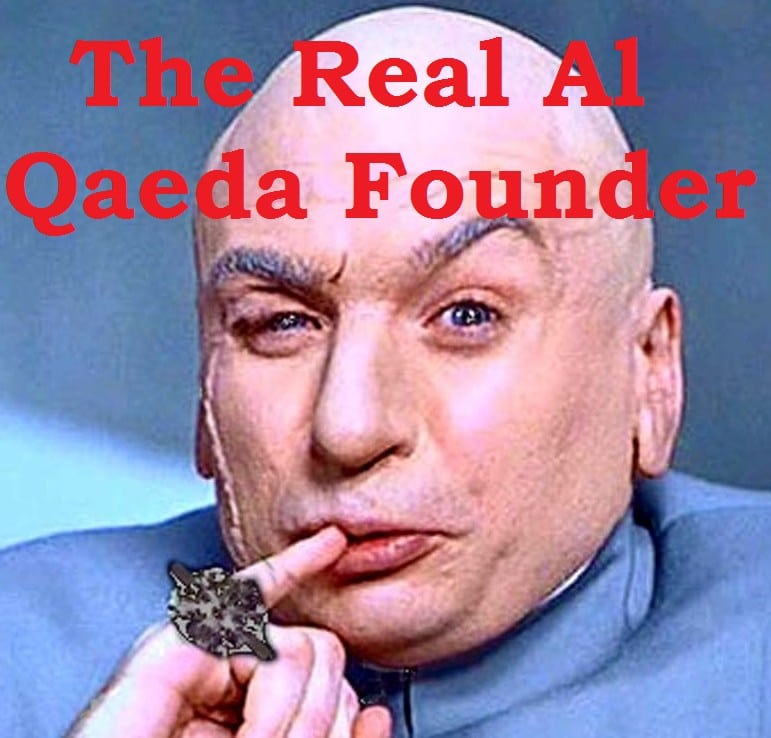 Because of “compartmentalized security,” none of those claiming to be “OPSEC” would or could understand what the truth is.  It certainly has nothing to do with their claims.  I have my own questions and have decades more experience.

There are things wrong, the idea of murdering a valuable intelligence asset, even though he had been dead for ten years. Then there is the imaginary burial at sea claimed based on non existent Muslim traditions.  More childish lies.

Then 38 SEALS packed like sardines into a National Guard CH-47, a violation of every protocol, gets shot down?

That one doesn’t fly.  They were going to rescue Rangers?  Rangers rescue Rangers.  Even as a Marine, we know that Rangers, on the ground, are an easy match for SEALS or anyone else.  None of this story holds water and if Obama or someone is to be questioned, question people about real problems, not the ones Sheldon Adelson the gambling kingpin of China pays you to ask about.

Yes, there is also a smell over security violations by those claiming to be “Tier One” operatives.

I leak as much as anyone alive but NOTHING operational ever goes out on VT.  We don’t give up sources, we don’t compromise the lives of those in the field.

Freedom of speech is one thing.  Taking money to lie is something else.  Compromising security for money is worse.

My other personal view is clear.  Special operations personnel are totally aware of $80 billion in heroin trafficking using American planes and bases in Afghanistan, Kosovo and Belgium.  “OPSEC” is staying silent on this and bitching about Obama?

Could it be because their candidate, Romney, has all those overseas bank accounts to launder that cash?

Romney claims he paid 13% taxes the last few years but refuses to give out his returns.  We don’t want his returns, we want to know the origin of all money in the foreign accounts.  That income is NOT taxed and when mixed with the claimed “13% could lower his actual tax rate to under 1%.

I am not the one with thousands of secret bank accounts.  Time for “OPSEC” to ask about drugs and money laundering, things they know about personally, the only secrets they seem willing to keep.