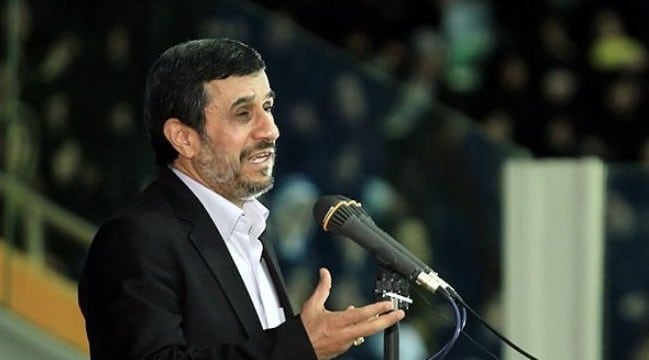 Iran’s President Mahmoud Ahmadinejad says the “uncultured” Zionists have reached the end of the line and are thus grasping at straws to trigger a sectarian war among the followers of different religions.

“I am confident that Zionists are goners and the world will be freed from their existence and justice will be established,” Ahmadinejad said on Friday.

Although Zionists will fail to achieve their goals, all nations should remain vigilant against their plots, he added.

The Iranian president said US decision-makers directing the country’s politics from behind the scene have come to this understanding that the Israeli regime will no longer be beneficial to them.
Knowing how Washington sees the Israeli regime today, the Zionists are therefore seeking ways to disturb the game, he said.

The comments come several days after the release of an anti-Islam movie, produced by the Israeli-American Sam Bacile, which insults Prophet Muhammad (PBUH).

The Wall Street Journal reported on Tuesday that Bacile, a real estate developer, has assumed responsibility for the anti-Islam film, which he said was made thanks to Jewish donations totaling USD 5 million.

During the violence that followed an attack by angry protesters in Libya on the US consulate in the city of Benghazi on Tuesday, US ambassador to the North African country along with three American staffers were killed.

Five protesters were also killed in Yemen on Thursday when demonstrators attacked the US embassy in the capital Sana’a.

In Egypt, protests outside the US embassy in the capital Cairo have entered their fourth day with dozens of protesters injured in clashes with security forces.