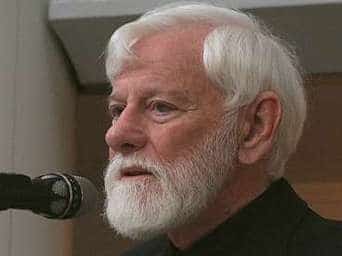 “I would hate for an ignoramus to be given the opportunity to learn world affairs on our backs.”  … Uri

I had been waiting for Uri to say something about the Netanyahu-Romney  joint presidential campaign.

As usual, he feels no pressure to be out in front of a story. He takes the lay of the land first, then takes his shot. Romnyahu, coining the term, was his bullet which I am happy to share with you today.

I wrote recently for Press  TV’s Viewpoints that worldwide Islam and Americans have a huge cultural and political divide in terms of understanding the very complicated and different systems we have.

I could have said the same thing about Americans not understanding the maze of Israeli politics, let alone the real history of the country versus what has been spoon fed to us for decades.

What puts all Americans at a disadvantage is that most Israelis understand American politics quite well. In fact many of them avail themselves in voting in both countries, something which we second class non Jewish citizens have no right to do.

How many of you know a single person who has donated to an Israeli political campaign or backed a candidate over there?

Part of ‘wanting to know’ what is going on over here has much to do with ‘controlling what goes on’ over here. Our Congress is a national disgrace, for which most of them should be forced to wear ‘I love Israel’ knee pads so they are more easily identifiable.

The Jewish Lobby here has no problem in forcing those who don’t show enough pro Israeli servitude to do so by branding them as anti-semites.

If any of you out there think you have the right to be anti-Israel about anything…regardless of what they have done, are doing now in the presidential election, or will do in the future, without being smeared as anti-semites…you don’t. The AS word has replaced the lynching of prior times.

Actually the lynchings were much more fair. Contrary to the imprinted myths that the victims were all black folks, the published federal stats show that lynching victims generally followed the ethnic and racial make us of the regions in which they took place. None of you know that, of course, as you are not supposed to.

Uri has a good batch of things for us today that ‘we ignorant of Israeli politics’ Americans are not supposed to know. We always enjoy them here at VT as Uri is our ongoing tutor in all things Israel.

ONCE UPON a time, President Richard Nixon wanted to appoint a certain lawyer to the US Supreme Court.

“But the man is a complete moron!” one senator exclaimed.

“So what,” answered another, “There are a great many morons in the US, and they have a right to be represented in the court as much as any other sector of society.”

Perhaps the United Morons of America have a right to elect Mitt Romney president. But for the sake of the US and Israel, I hope that this will not happen.

Some people say that Israel is the 51st state of the Union. Some say that it is the first among the 51. Whatever, our lives – and perhaps our deaths – depend to a great extent on the man in the White House.

So, with all my misgivings (and I have a lot) about Barack Obama, I very much hope that he will be reelected.

IN HIS latest seizure of wisdom, Romney did not only disclose that 47% of Americans are parasites, but also that “the Palestinians” want to destroy Israel. According to him, the conflict between Israel and the Palestinians has no solution, it will go on forever.

I wonder where he got this last piece from.

In Nazi Germany there was a certain Herr Doktor Otto Dietrich, a functionary of the Ministry for Propaganda. Every day, he would gather the editors of the important newspapers in Berlin and tell them what their headline and editorial were going to be the next day.

That was before the Internet and fax. Nowadays, the Prime Minister’s office faxes a daily ‘page of messages” to Netanyahu’s ministers and other stooges, telling them what messages they are to spread.

I strongly suspect that Romney read this page of messages just before he met his audience, composed of billionaires (or mere millionaires). After all, he couldn’t have invented these astounding pieces of insight all by himself, could he?

“THE PALESTINIANS” means “all Palestinians”. All nine million of them in the West Bank, East Jerusalem, the Gaza Strip, Israel, not to forget the refugees around the world.

Quite a few Israelis would even volunteer to help God Almighty in this task. Who knows, if Romney’s evangelical friends pray enough, their God may dematerialize all those Russians, Chinese, North Koreans, Iranians and assorted other miscreants.

Alas, such fantasies belong to the realms of dreams and nightmares. In the real world, peoples do not disappear even after gruesome genocides, nor can states which possess nuclear bombs be eradicated by foreign enemies.

I know quite a number of Palestinians, and not one of them believes that Israel can be annihilated. Since Yasser Arafat decided in late 1973 that he must come to terms with Israel, the great majority of Palestinians want a deal that will enable them to set up a state of their own in a part of historical Palestine. This is called the “two-state solution”.

The present government of Israel does not want this, because they are not ready to give up the 22% of historical Palestine which would become the State of Palestine. Since they have no viable alternative, the government’s spokespeople assert that “this conflict has no solution”.

One of the fathers of this slogan is Ehud Barak. After the failed 2000 Camp David meeting, Barak, then Prime Minister, famously declared that “we have no partner for peace”. Since Barak was the main cause for the meeting’s failure, I dubbed him “peace criminal”.

Netanyahu gratefully picked up Barak’s cry, and now the great majority in Israel believes this message implicitly. Recently I was interviewed by a Danish journalist.

I told her: When we finish, stop the first taxi. Ask the driver about peace. He will tell you “Peace would be wonderful. I am ready to give back all the territories for peace. But unfortunately the Arabs will never make peace with us.”

An hour later the journalist excitedly called me: “I did as you told me, and the driver repeated your words one by one.”

“No solution” gives an impression of “everything will remain as it is”. That is a mistake. Nothing remains as it is. Things move all the time, settlements expand, Palestinians will rise up, the world is in flux, the Arab world changes, some day an American president will put the interests of the US ahead of those of Israel. Where will we be then?

THE GIST of Romney’s message is that the two-state solution is dead. This reminds me of Mark Twain’s famous: “The report of my death was an exaggeration.”

It is now in fashion to say so. Quite a trend. However, different people have different reasons for believing that the two-state solution is dead.

Parents, teachers, pedophiles and cannibals all say they love children. But their motives are not the same. This is also true for the would-be undertakers of the two-state solution. They include:

One: Idealists, who wish for people of different nations to live together in harmony and equality in one state. (I would like them to study the history of the Soviet Union, Yugoslavia, Cyprus, Czechoslovakia, Sudan, and the present situation of the French in Canada, Scots in Britain, Flemish in Belgium and Basques and Catalans in Spain.)

Two: Arabs, who really believe that this is a peaceful way to get rid of Israel.

Three: Settlers, who want to turn the whole of historical Palestine into their dominion and, if possible, “cleanse” the country of non-Jews.

Four: Israelis, who believe that the settlements have created a situation that is “irreversible”. (Meron Benvenisti, a former deputy mayor of Jerusalem, coined this phrase already in the early 1980s, when there were less than 100 thousand settlers. I told him then that nothing was irreversible except death. Situations created by human beings can be changed by human beings.)

Five: Anti-Zionists, including Jewish anti-Zionists, who hate Zionism indiscriminately, with all its good and bad aspects, and for whom the very existence of a “Jewish” state is an abomination.

Six: Muslim fanatics, who believe that Palestine is a Muslim waqf (religious grant), so that allowing any part of it to non-Muslims is a deadly sin.

Seven: Jewish fanatics, who believe that all of Eretz-Israel, from the Nile to the Euphrates, has been promised to the Jews by God, so that conceding any part of it to non-Jews is a deadly sin.

Eight: Christian fanatics, who believe that the second coming of Jesus Christ will be possible only after the ingathering of all the Jews in this country (with no place in it for anyone else.)

Sorry if I have forgotten someone.

From time to time it is worthwhile to come back to the basic facts of our life:

There are two peoples living in this country. Neither of the two will go away. They are here to stay.

While the Arab Palestinians living in the country are still a minority, they will constitute the majority quite soon.

Both peoples are intensely nationalistic.

The two peoples have different cultures, languages, religions, historic narratives, social structures, standards of living. At present, after some 130 years of continuous conflict, there is intense hatred between them.

The possibility that these two peoples could live peacefully in one state, serving in the same army and police, paying the same taxes and abiding by the same laws enacted by the same common parliament, is nil.

The possibility that these two peoples could live peacefully side-by-side in two states, each with its own flag and its own elected government (and its own soccer team), does exist.

Such co-existence can take different forms: from a loose confederation with open borders and free movement to closer forms of evolving structures, like the European Union.

I hope that this is not too complicated for Mitt Romney to understand. But this may become irrelevant if – as I fervently hope – he is not elected.

I would hate for an ignoramus to be given the opportunity to learn world affairs on our backs.