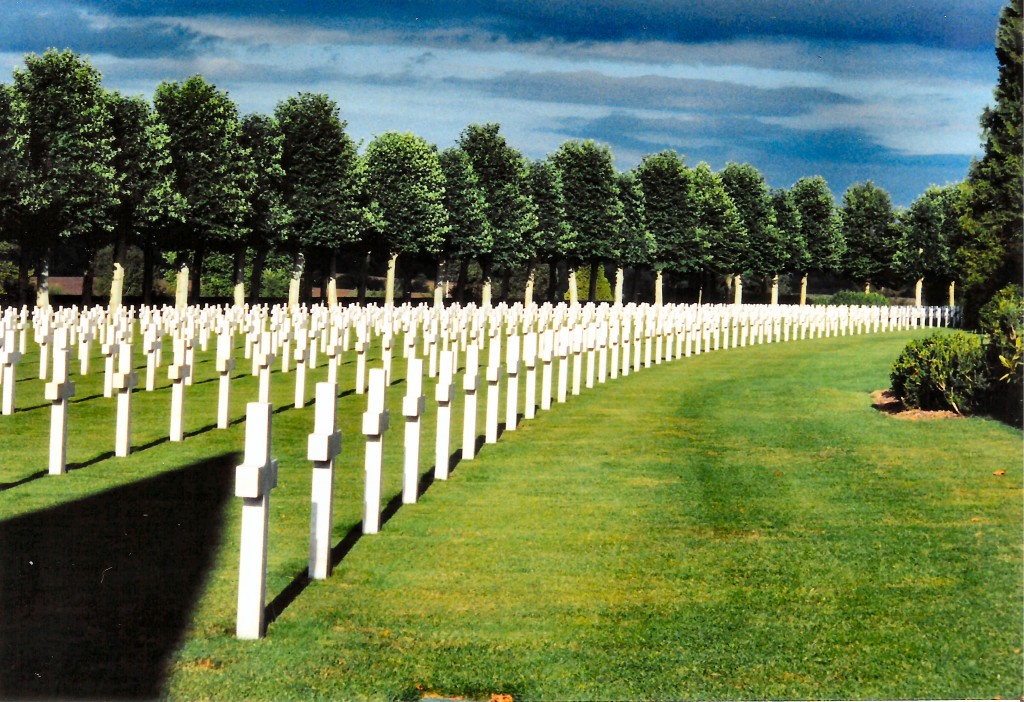 Cemetary at Belleau Wood is a Tribute to American Troops. 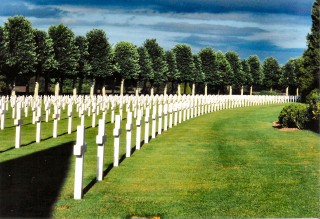 The Battle of Belleau Wood took place  between June 1 and June 26 in the year, 1918, near the Marne River in France.   The battle between the Germans and  the U.S. Second, who were under the command of Major General Omar Bundy and included a brigade of  United States Marines , and the Third  Divisions. They were accompanied by the 6th Marine Regiment and the 9th Infantry Regiment with the 5th Marines and the 23rd Infantry regiments in reserve.   As Chateau Thierry and Vaux fell, German troops moved into Belleau Wood.  What was to take place was a major battle between the U.S. forces and German troops.

General Pershing stated, ” The Battle of Belleau Wood was for the U.S. the biggest battle since Appomattox  and the most considerable engagment U.S. troops have every had with a foreign enemy.”

This American Battle Monument was built in 1923 in Belleau Wood.  There are a total of 2,289 graves, with 250 for unknown service men, with still pristine white crosses and Stars of David.  In total there are an additional 1,060 names of  the missing on the wall of the memorial chapel.  The Monument and Cemetary are true reflections of the dedication and sacrifice of our service men. 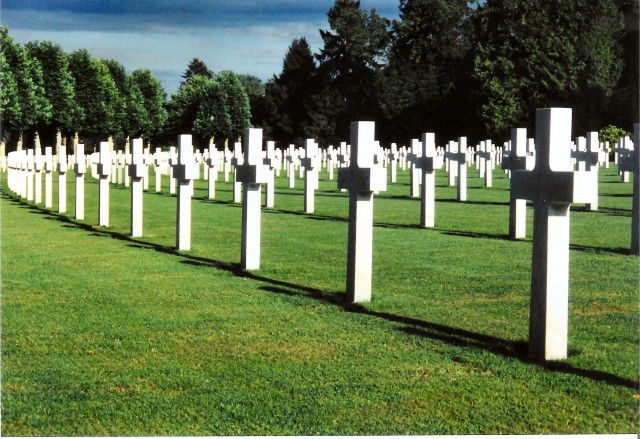 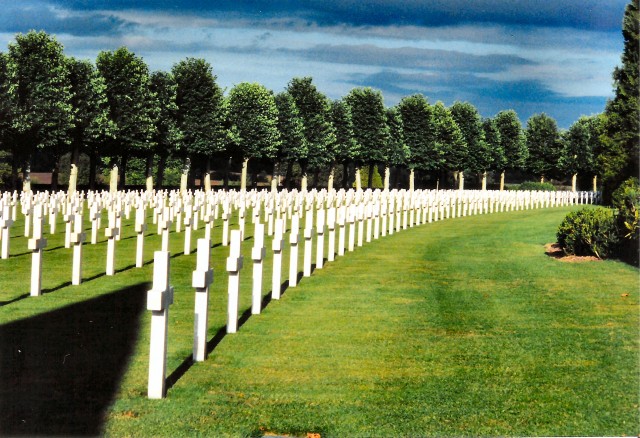 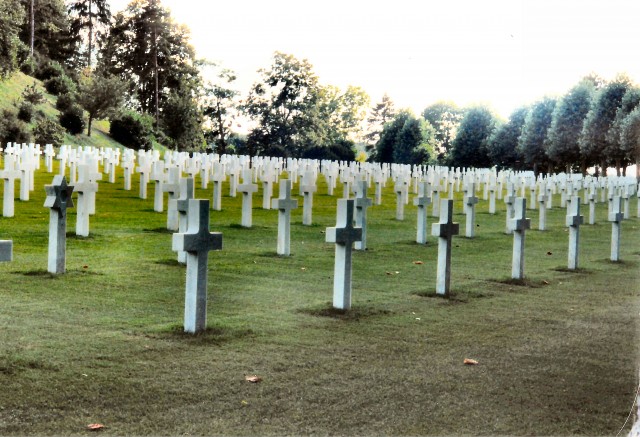 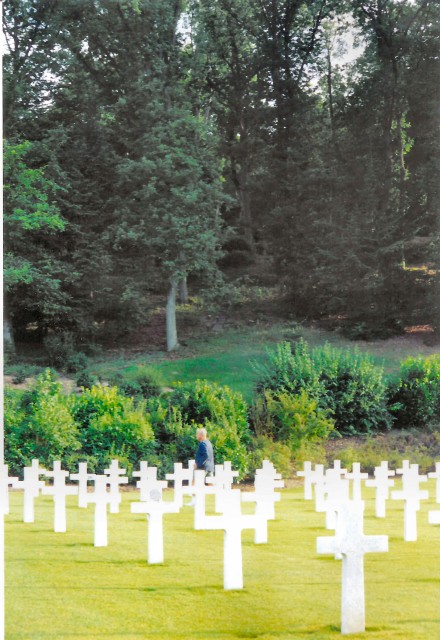 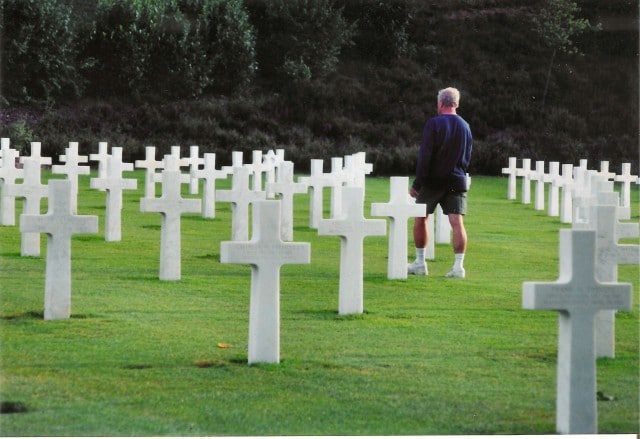