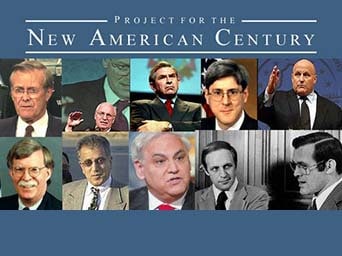 Four joint hosts of an MSNBC programme called Cycle decided to open a Pandora’s Box and discuss some of America’s problems in the Middle East.

One of the participants attempted to draw a distinction between “extreme Muslims” and “moderate Muslims”, suggesting that viewers should make such a distinction.

That was with the caveat, according to another panellist, that moderate Muslims have an obligation to criticise the extremists.

The panellists failed to realize how ludicrous that comment would sound to anyone with even a remote understanding of what’s been the fodder out of which extremism–by any definition–has grown.

According to Wikipedia, “Extremism is any ideology or political act far outside the perceived political centre of a society; or otherwise claimed to violate common moral standards.”

That there are any moderates at all can only be considered amazing. With half a million children killed during ten years of sanctions in Iraq, understandable hatred of America had to be fed.

The outright, unjustified slaughter of Iraqis in the U.S. War and occupation –“1,455,590” based on non-existent WMDs–provided fully normal justification for extremist revenge by otherwise moderates.

Add to those figures the victims of drone strikes in Afghanistan and Pakistan and Yemen, add the dead civilians in Libya, add the Palestinians victimised by American supported Israelis, add the Iranians hit by sanctions and threats of extermination and any reasonable person would expect moderate Muslims anywhere to become extremists seeking revenge.

Unfortunately most Americans don’t look at these facts as reason to be self critical. They tend to generally overrate their own importance.

From any rational point of view, American foreign policy, determined by a cadre of warmongers in Washington D.C., reveals an egotistical extremist perspective.

As extremist as that policy is, Americans seem unable to question it, challenge it or overcome their apathy toward it. It’s time for Americans concerned about extremists to begin looking in the mirror.

According to John W. Gardner, author and past U.S. Secretary of Health, Education and Welfare, “Political extremism involves two prime ingredients: an excessively simple diagnosis of the world’s ills, and a conviction that there are identifiable villains back of it all.”

Thus, Washington diagnosed the world’s ills as a result of three “evils” that threatened Israel and America. Political extremism convinced the American public that Iraq, Iran and North Korea were the villains. 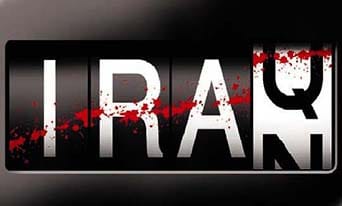 The propaganda campaign inaugurated by the Bush regime was used to justify the deaths of more than a million Iraqis who were supposed to ignore America’s terrorism.

Commented Porter Goss, former congressman and CIA director, “The Iraq conflict, while not a cause of extremism, has become a cause for extremists.”

Two conclusions seem to escape the American public while remaining perfectly clear to the rest of the world: The real extremists are America and Israel. Iraqis remain overwhelmingly moderate despite having cause for extremism.