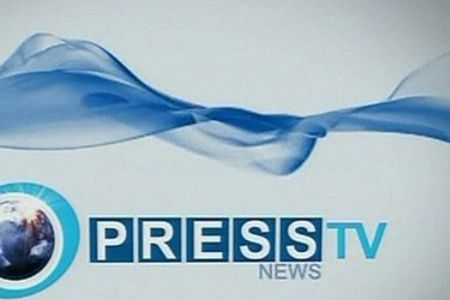 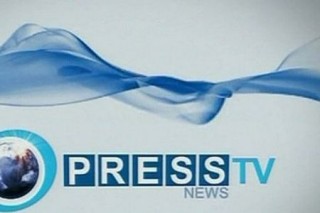 The recent EU move to take Press TV off the air is to be seen as part of a continued process of media violation against this alternative channel.

On Monday, Eutelsat, which is run by Michel de Rosen, a Zionist Israeli-French, stopped carrying Press TV and some 18 other channels from Islamic Republic of Iran Broadcasting (IRIB), a move which Gary Follows, Arqiva Head of Public Relations, says is a “result of reinforced EU Council sanctions and repeated requests by France’s broadcasting authority for the permanent switch-off of the Iranian channels.” UK-based Arqiva is the service supplier which held the IRIB contract.

The first attempts to deprive ever-increasing European audience of accessing Press TV started in the UK when British office of communication (Ofcom) initiated a shrewd ruse to get of rid of the channel and technically put an end to an alternative critical voice once and for all. To this end, they needed a political tool. And who could be a better choice than Maziar Bahari who had already filed a lawsuit against the channel for airing a 10-second soundbite, which was part of an interview with him in 2009.

In October 2011, Ofcom said Press TV had violated its broadcasting codes by airing the interview. The ruling led to the imposition of a 100,000 pound fine on the channels and its subsequent removal from the Sky platform. This was while in a number of future interviews with other media outlets, Bahari had readily confirmed what he had said in the 10-second soundbite, i.e. he was the person who had sent the footage.

Besides, Ofcom had come under intense criticism on the part of the British Royal family who had taken umbrage at Press TV for reporting and criticizing them for their extravagant lifestyle and support for the regional autocratic regimes. The office of the Royal Family had even sent letters to Press TV office on several occasions and urged them to stop criticizing the Queen. Therefore, the wound was an old one and far from healing and they had to prick their deadly venom into those whom they considered thorns in their sides.

On the other hand, Ofcom later claimed that the move was largely motivated by ministers. However, a WikiLeaks cable reveals how the Foreign Office told an American diplomat in 2010 that the government was “exploring ways to limit the operations of … Press TV”.

At the time, the department warned the US that: “UK law sets a very high standard for denying licenses to broadcasters. Licenses can only be denied in cases where national security is threatened, or if granting a license would be contrary to Britain’s obligations under international law. Currently neither of these standards can be met with respect to Press TV, but if further sanctions are imposed on Iran in the coming months a case may be able to be made on the second criterion.”

At all events, Germany followed suit and a court in Germany ordered the removal of the channel off a satellite platform despite two previous rulings issued in favor of the alternative channel.

So, the Munich media regulatory body, BLM, took Press TV off the satellite platform in April.

Press TV says, “This is not the first time that the West is trying to silence the alternative media and stop Iranian broadcasters from commenting on what is going on truly across the world. But this time what is most surprising is that the latest instance of media crackdown comes from the new Nobel Peace laureate.”

Sanctions against the Islamic Republic and exerting back-breaking pressures on people are per se illegal in the light of international laws. However, muzzling a media outlet and justifying this act in the name of sanctions is a source of shame for the EU. In fact, the EU’s incoherent perception and poor handling of truth is a move enormously to be deplored.

Needless to say, this is an egregious instance of the violation of human rights which the West moralizes about so vehemently. Article 19 of the Universal Declaration of Human Rights clearly states that “Everyone has the right to freedom of opinion and expression; this right includes freedom to hold opinions without interference and to seek, receive and impart information and ideas through any media and regardless of frontiers.” It is long since the intelligent international community has come to discern the paradoxical attitude of the West in defining the concept of freedom of speech and they have figured out for themselves how tolerant the West may be when the sanctities of the Muslims are shamelessly violated and how intolerant they can be when the truth is daringly thrown into their faces. Only recently the West kept silent on the anti-Islam movie and caricatures and even justified the blasphemy in the light of freedom of speech but when it came to Press TV, they were not only intolerant towards the alternative channel but they also put all their efforts into a seemingly long-entertained plot to silence the voice.

This is how freedom of speech is defined for the benefits of a privileged few and how the tentacles of Zionist imperialism are by slow gradation spread over an entirety beyond which hope is desperately turned into but a flickering ray for those who wish to hear the truth.

BUT truth will prevail.