Home Government Another Fake Hate Crime – Someone Hated Themselves 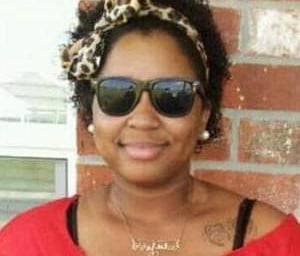 Sharmeka Moffitt Faked a KKK Hate Crime by Setting Herself on Fire. Who Taught Her to do This, and Why?

The story seemed a little odd right from the beginning. Setting people on fire is not something that an FBI entrapment operation would  generally do. Things aren’t that slow over there. And the KKK guys wearing ‘hoodies’? I don’t think so.

And then her police statement that she could not identify the race of her attackers. I smelled a very disturbed woman. But third degree burns over your body, that is quite a protest. Why did she do it? Why would anyone?

The KKK is a virtual non entity. When the FBI was still trying to keep them going as a sock puppet their national numbers were 3000, and it later became public that about a 1000 of those were FBI informants.

This was a take off from their old  Communist Party USA strategy where they continued to let the $1 million plus Soviet money keep flowing into the party as they would then never develop real domestic financial support. The Feds could cut off their flow anytime they wanted. That said, they were literally allowing the Party to be funded and operate.

In the FBI’s defense, Morris Childs, the CPUSA’s Secretary of State, was a top Soviet spy for us for many years. No president ever knew his name until Reagan awarded him at retirement. His brother Jack ran the Soviet money, and their communications, so the FBI never wanted to do anything to rock that boat.

But the FBI KKK legacy gets worse. Of the roughly seven Klan coveys or whatever they are called, the leaders of six were FBI informants. The literally put the FBI running the KKK. Public outrage? Zero.

As with Gordon’s article today about Americans eating vomit if some sugar is put on it, the lack of outrage on these flagrant domestic  psy ops has only brought us more. All who protest are labeled conspiracy theorists.

America is the land of copycat crimes. We have all these mass shootings now, which are nothing more than sad losers wanting to go out with some notice for their pitiful lives. Unhappy with your life?…shoot a bunch of people and then kill yourself.

Hell, let’s blame poor schools for that. We all know that parents are totally blameless as politicians have learned parental responsibility is a big vote killer, especially among certain groups.

Fake hate crimes are a long time censored news item. Welcome to the land of the free press. The conservative estimates are that 25% are faked. This of course does not count orchestrated government run psyops, or the ones that Israeli intelligent training operation pull off with the assistance of their many helpers here.

I first read this Louisiana ‘hate crime’ on Press TV. The initial reports generally go national as it lets all the media platforms put a check mark in their ‘pro black story’ column.

When the reports come in a day or two later that they were faked, that is local news only. National news never cover them until just a couple of years ago, usually when they happened in a larger city.

Fake hate crimes are a hate crime in reverse. They are done to pour gas on the slowly dying embers of white guilt, which is exploited to the max by the Civil Rights race racketeers.  The worst part is the child abuse. Yes, they do this to imprint young white kids that they carry and invisible scarlet letter on their foreheads forever.

The ADL and SPLC are the major culprits as the base most of their fundraising is keeping the scam going. The loyal American Intelligence community considers both orgs as intelligence assets of a very aggressive U.S. enemy…guess who? For the ADL, vandalism is the main hate crime they target, and we know ‘certain folks’ do most of that to keep the number up.

J. Edgar Hoover would never attend an ADL event as he knew they were trying to use him. The reports he got on them was they were always feeding the FBI bogus threat reports on their ideological opponents, trying to get FBI ‘investigations’ started on them that they could then take credit for. This was part of the emergence of domestic terrorism.

Ronald Reagan opened the floodgates when he ordered all FBI offices to liaison with their local ADLs. Things that were not legal for the FBI to do, domestic surveillance, the ADL could do this and then by a confidential source for the FBI. Isn’t that special.

Corporate media has known about this forever and never warned the public. They have gone over to the dark side. The Lobby found that their soft spot was pulling their advertising customers.

This was before the Hebrew conglomerates began taking over media ownership, also during the Reagan years for all the Reagan Jihadis out there. Foreign Intelligence entities buying media platforms would come later.

Israel has their Mossad station chiefs sitting in major city news corporate offices. It’s wonderful cover, hiding right out in the open. Not a one has ever been publicly exposed, despite their being widely known in the Intel community. This is worse in Canada, BTW, a  country on it’s knees when it comes to the Hebrew militants. A lot of the U.S. espionage run by Israel is based out of Canada as they feel so safe there.

I first learned about most of this from an unknown American hero, Laird Wilcox, one of the countries top extremist group experts. His career killer was that he was non partisan. He covered the scamsters on the left and the right and was hated by both.

At a sheriffs’ convention after the Oklahoma City bombings he warned them that the usual suspect were using the event to once again target their ideological opponents and the sheriffs should be careful not to be made fools of.

Many got up and walked out in protest as the exposure that the Lobby already had a lot of them on their string. (Source…phone interview with Wilcox).

If any of you are thinking that I am taking advantage of this poor woman, I have been waiting for that. If you think that it is because that is what you have been imprinted to think. White guy bad, black girl good.

Sharmeka Moffitt is a victim not of racism or white privilege. She is a random Manchurian candidate, different but similar to many of the mass shooting people in that they have all been conditioned to use being a victim to condone violence or a faked hate crime on an innocent party, as ‘doing a good, a deserving thing’.

There is something missing from this faked crime story. The usual background reporting you would find say if some KKK guys had been arrested for the crime, arrest records, school mate interviews, neighbors.

With Sharmeeka we have lock down. No mention of mental instability, family issues, love problems…anything that could have triggered not only doing something like this to themselves, but terrorizing the community that white devils were loose.

If a white woman had claimed to have had this done by three black men that raped and set her on fire, and then was discovered to have lied, it would be national news that ‘we still have a long way to do in civil rights.’

Gordon used a very strong term today, about Americans ‘eating vomit’. But he was trying to wake up the brain dead, that the people who are feeding this do not feel any remorse for such willing victims. Hardly. They could accurately be called abuse volunteers.

As soon as reports came out that she had fake it, the immediate spin was what a tragedy for her and her family.  There is not a word about what/who caused a troubled woman to do something like this. Who groomed here? What can be done to stop it.

And why not? Because it would expose all the facilitators in this reverse hate crime, and they know who they are. That is why you always see the media to the ‘ostrich thing’ and just stick their heads in the sand. Have you ever seen a public call for a major study on fake hate crimes? No, you haven’t.

The difference between us and Sharmeeka, those who have not been groomed, is that although we also are not happy about the world we live in we refuse to allow ourselves to be so mentally raped that we serve the dark forces with a ‘two fer’…we go out in a blaze of glory while taking down an assigned target.

Laird Wilcox is a great American. When he donated his extremism literature collection to his alma mater, it too a $350,000 federal grant just to catalog it. When he would not play ball with the spinmeister and be a sock puppet like the others, they buried him. This video has 665 views. It should have 665,000. But the bad guys and Google have done their thing.

We may never hear much about Sharmeeka. She will live with he 60% third degree burns. The history of all those caught is they usually still do the victim routine, ‘I am messed up, need help’.  They are in denial of their own victimizing, something that is standard in the narcissism world we live in. Hate crime scammers have many motivations.

One faker did it to get more attention from a casual boyfriend. Another wanted her parents to pay her rent. A black girl here at Emory University, an affirmation action placement, was in over her head and  graffitied her room to cover her flunking out as due to stress from all the racism she had face there.

Police are more savvy about catching them now as they have profiles from past cases. It is not law enforcement but media that hides the grooming of the fake hate crime epidemic.

I end with a classic. Here is the Scribd link to Laird’s The Watchdogs. It has my highest recommendation. I had heard he had been working on and update, but never saw it come out.