Home Veterans Flight – A Peek Behind the Making of the Movie 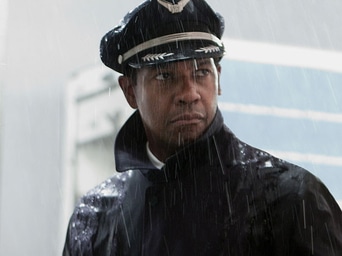 The holidays will soon be upon us, and that includes the hope to be block buster movies. Denzel Washington’s Christmas release movie ‘Flight’ seems to have the big advertising budget for the season.

I was intrigued when I found this trailer on the audio aspects of the production while cruising the Vimeo site looking for some Jim Dean’s Best of material.

I have been a long time fan of these peek behind the curtaintrailers of movie making. For a long time, like a magician not wanting to disclose how he did his best tricks, movie makers felt the impact of their art would be less appreciated if the viewers got to see the tricks of the trade.

But that has changed. The producers now want you to see what you are paying for, that that ticket price money gets eaten up by a huge array of expenses.

Movie audio tracks don’t get much attention other than an Emmy category. Even the biggest audio people in the movie business are virtually unknown and never make the talk show guest lists.

But as I watched this tonight, the explanation of mixing the real with the manufactured struck a cord, as that is exactly what you have to do to pull off a major black flag or psy ops.

There is, to a significant degree, a good bit of movie making strategy involved in terms of getting control of what appears to be real in the viewer’s perception. And yes, I am talking about 911.

So this is a Jim Dean’s Vimeo pick, but also a homework assignment for comment review as to what you can pick up out of this ten minutes that can be adapted to a ‘pretend-an-event’.

And I will start it out. When I saw the initial trailers, and what seemed to be an inverted jet going in for a crash landing, I thought that I needed to get a new pair of glasses. That’s where I started from…left field.