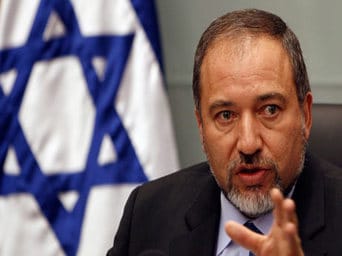 Israel’s Racist Foreign Minister pretends to be anti-holocaust, when he is really pro-holocaust…for Palestinians

The Likud Mafia is still resorting to the old ‘good guy, bad guy’ interrogation tactic. Netanyahu led with his expected response to the EU Palestinian vote in the UN, ‘it changes nothing’.

And when the 27 EU countries formally denounced the settlement expansion he claimed that it should in no way obstruct starting peace negotiations.

This was supposed to make Bibi look like a moderate, but people are wise to this old game.

As a long time observer of Israeli and Jewish Lobby guilt tripping tactics, I knew the holocaust card was going to be trotted out, once again. Jews the world over love to be reminded of their special victim status, in their own heads anyway, and it is a good vote getter. ‘Evet’, as Lieberman is called in Russian, did not disappoint.

When asked during an interview with Israel Radio what his feelings were on the EU’s united opposition to the new round of settlement construction in Jerusalem (Al Quds) he replied:

“…Europe once again in history is ignoring calls to destroy the state of Israel…Europe is keeping silent…We have been through this with Europe at the end of the 1093’s and in the 1940’s.”

Mr. Lieberman seems to have the situation confused. It is not the Jews who are in largest prison camp on earth, 1.5 million people in Gaza. It is not Jews who are being bombed by Hamas F-16’s and GPS guided munitions paid for by the people of Europe to support their cleansing of the last Zionist invaders.

Hamas does not have the decades old WMD programs, nuclear submarines, and soon to arrive ten warhead ICBMs being jointly developed with India.

It is militant Israelis, along with their Russian Pretend-a-Jews, who have been working to finish the 65 year holocausting of the Palestinian state. Let’s go ahead and give them a new name, one that describes what they do.

Let’s call them the Neo-holocausters. If they sue us for libel we can then bring all our evidence into court and have some real fun.

We could not use a European court though, as they have that new jurisprudence twist which their Jewish Lobbies weaved into new laws..the one called ‘Truth is no Defense.’

For example, if you are being lynched in a German kangaroo court under their rigged hate crime laws for public statements, proof of your statements being truthful cannot be admitted as evidence. It is deemed ‘immaterial’.

This is modern Germany’s gift to the tens of millions who died in WWII. Actually, someday it may even be illegal to mention the non Jewish dead, because it ‘defames’ the Jewish dead by not letting them have 100% of the historical attention. But for now, as long as the gentile dead stay in the back of the bus, and know their place, there is no problem.

The Europeans are not paying really for killing the Palestinians, other than the Germans who sell the Israelis below market priced nuclear submarines that serve no other purpose than as offensive weapons platforms to attack any country in the world. Freedom loving, broke Americans are paying for them, or I should say their children and grand children.

But our Minister of Killing off the Arabs, Mr. Leiberman was not finished with his electioneering hate speech. It gets worse. Catch this hypocrisy on steroids:

“They [the EU] are sacrificing all values in favor of interests…back in the 1940’s they already knew exactly what was happening in the concentration camps…and didn’t exactly act. Today they admit that even in the 1930’s they prevented Jews from coming to the land of Israel.”

I will give you a moment to let the shock of that statement sink in…that this was said by a foreign minister.

Our Bolshevik Zionist thug from the Soviet Union knows that back in those days people just did not just move to wherever they wanted. A worldwide recession was going on with massive unemployment. 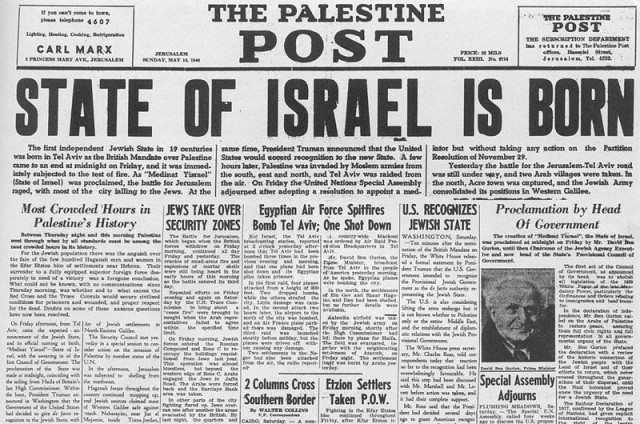 There was a this thing called immigration procedures with lots of rules and quotas. Israel today for example will not let non-Jews, or goyim as they like to call them, move to the land of Israel. But in the twisted mental world that militant Zionists live in, what is good for the goose is not good for the gander.

And herein are the two great ironies that our dishonest, truth hating Lieberman left out of his story.

There was one country that did work to move Jews, Zionist Jews, to Palestine, and that was Nazi Germany. Hitler even set up agricultural training camps to prepare those that were leaving. Shifting the German Zionists down to British Palestine to create future problems for them, he thought that was just a great idea.

Part two of this irony is worse. As the war brought on horrendous death and destruction and the tide turned against Germany, everyone, including non Jews, faced dangerous times as the war was going to be fought out to its unconditional surrender end.

The Zionists in Israel were offered all the Jews they wanted if they could pay the ransoms in hard currency which the losing Nazis desperately needed.

But the Zionists in Israeli said no. The money they had would only be used for the development of their future take over of ‘The Land’.

They only agreed to ‘cherry pick’ refugee Jews that would be useful for their conquest of Palestine. This included an offer to help round up the Hungarian Jews if they could hand pick 20,000 to take out to Israel.

As the Orthodox Jews of the day considered Zionists as pretenders to the Judaism throne, the Zios preferred that as many of them as possible be killed before the end of the war so there would less to oppose their Jewish state plans.

They knew that the bigger the pile of dead Jews at the end of the war the more they could manipulate that into pressing the post war Allies into bringing the remainder to Palestine, giving them the numbers they needed to go over to the offensive.

They gave us the famous line, “One cow in Israel is worth more than a 1000 Jews in Europe”. Many who came, the ones that were cherry picked, were atheist communist Jews.

Many had fought in the resistance and were trained fighters. And many had been ‘kapos’ in the concentration camps, who made sure that if anyone was going to die it would be the Orthodox Jews. These Jew killers were later welcomed with open arms by the post WWII Zionists in Palestine.

American declassified Intelligence reveals that they also worked very closely with the Soviets who wanted the British out of Palestine and a future foothold near the Suez canal. Czechoslovakia provided extensive ‘rear area’ logistics and training bases for the Zionist planned assault after the UN partition. The Zios played the West off against the East, a game that is still going on today.

Uri Avnery, the famous Israeli peace activist, had another great column out this week called Cold Revenge…how Lieberman has run his political party like a Mafia Don, and joined forces with Netanyahu’s Likud to assure them victory in the upcoming elections. Writes Uri:

“Lieberman, now No. 2, will pick for himself the most important and powerful ministry: defense. He will wait patiently, like a hunter for his prey. The joint faction will be much closer in spirit to Lieberman than to Netanyahu. Lieberman, the cold calculator, will wait until Netanyahu is compelled by international pressure to make some concessions to the Palestinians. Then he will pounce.”

And for what reason? I agree with Uri, that Lieberman will bump Bibi off once he has solidified control over the military with its growing settler and Orthodox make up. The world will get to see the racist Bolshevik Jew at the head of Israeli’s military, WMD, and nuclear submarines. Can you imagine the interesting meetings he could have with the Russians from that position?

When that happens a lot of innocent people are going to die. They will perish because of the cowardice and corruption that was fed into our Israel foreign policy.

Call my prediction hysterical if you want, but Lieberman will not play second fiddle for Bibi any longer than is necessary.

If the Washington crazies finally realize and take responsibility for the Frankenstein they have unleashed on the Mid East, they could find themselves dealing with a Lieberman with his finger on their nuclear trigger.

And Avigdor might have one of his Zionist missile subs off the coast of Virginia, with an Ultra Orthodox captain and a settler crew…and a five minute delivery time to DC.

I wonder if we would even prosecute them after such an event. We did nothing to Israel after the Jonathan Pollard spy tragedy, when they wiped out a generation of American defense spending by giving the Soviets first nuclear strike Intel, information of no value unless you were planning to use it against us.

The Pollard penetration also killed over a 1000 CIA assets in Eastern Europe. They don’t even have room for the KIA stars for them at headquarters. This treachery was later followed by the USS Liberty debacle, again where nothing was done to Israel.

This all makes me feel…insecure. And does that mean I can do a pre-emptive strike, under the Israeli doctrine?