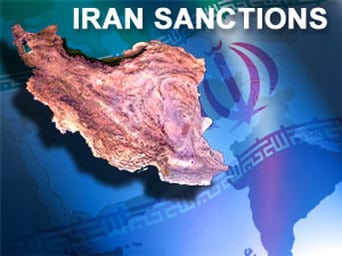 Why the IAEA is an ongoing fraud – a Tool to be used against some, or a free pass for others

Oh yes, I said it. And I will say it again. The IAEA is an ongoing fraud. Why? Because it has become totally politicized and I strongly suspect, an intelligence asset for somebody.

I will give you a homework assignment of figuring out who. In intelligence analysis you generally use a dual track approach of reviewing what can be seen, and then, what is often more revealing, what you don’t see that you should.

The IAEA’s main qualification for the Nobel Prize fake international agency medal is its many years of secret service to the Israeli weapons of mass destruction programs.

And what service is that, you ask? It is giving the Zios a free pass on any mention of their decades long programs, in effect putting their stamp of approval on offensive WMD proliferation.

Excuse me if I have a little problem with this. I cannot think of another organization that has failed so miserably it its appointed purpose. But therein the plot begins to thicken. Why would the IAEA continue to be funded while not being able to discover and report to the world about the Zionist weapons hoard that we all knew they had?

After all, American intelligence, declassified and classified, has always concluded that Israel had had complete conventional military superiority over all of its neighbors. This left only one reason for its long running investment in all of these WMD programs…their offensive threat value.

Now why would an organization like the IAEA not want to discover a threat like this? Could it be that it is working with a group that is selective about what threats are spotlighted and which are not? After all, the Israeli WMD was an obvious incentive for surrounding nations to try to have some kind of a retaliatory deterrent.

Every country would have a right to such deterrent, and their military is fully justified in not leaving their country totally defenseless in the face of such a threat.

After all, Israel was a state born out of terrorism and military conquest. That is on the record. So does the IAEA budget not cover an in house historian on such matters?

Why would such a charade be allowed to go on for decades, where even the entire U.S. Congress, over many different administrations, never exposed the biggest WMD threat in the Mid East or lifted a finger to do anything about it?

Was this because they approved of it, and knew that admitting it would disqualify Israel from our military aid? Has the American Jewish Lobby blackmailed all of them all of these years to keep them quiet?

Or are they addicted to their Lobby campaign donations to the point where they would dishonor themselves en masse by breaching their oaths ‘to defend the country from all enemies, foreign and domestic’.

Mass media, just the shreds and tatters of it left now, abandoned their fourth estate duties by joining the ‘we no talkie’ brigade. Academia has said nothing, as have most all of the major religious groups. No major veterans group has ever uttered a word about it. Why, why, why?

Is it because they all know it is a fraud and that they can somehow escape complicity by remaining silent? Or do they believe their own country has betrayed them by having assisted in the creation of the Israeli WMD threat, in violation of their own laws?

And the last question is, what will it take for the rank and file citizens of the world to wake up one day and say, ‘We are not going to take this being treated like morons, anymore. And we are going to start by stopping to be morons’. When is the public going to demand accountability for all involved, including the phonies at the UN and IAEA?

The newest version of the Fake Nukes scam surfaced in the early reports prior to the IAEA meeting December13th, with their Iranian counterparts.

These focused on putting new wind into an old diversion boogeyman, the new construction at the Parchin military complex, hinting at explosive nuclear triggering testing.

David Albright’s new think tank front, the ISIS, Institute for Science and International Security had their Parchin article out first. My how they do love these high sounding titles for their front orgs.

Albright, by the way, is a former weapons inspector consultant. More on him in a few minutes.

His ISIS article was a dressed up scare piece complete with recent satellite photos showing construction at the base. Imagine that. Who has ever heard of such a thing, construction going on at a military base? Impossible!

All the articles on the Parchin hoax used the same meaningless half innuendos where they say nothing that could keep them employed as an intelligence analyst past lunch time on their first day.

Our Atlanta based nuclear weapons expert at Veterans Today, Clinton Bastin, briefed us fully on the Iran nuke scare fraud two years ago. Even with my very old chemical engineering undergrad work I had to have a few repeat passes to get my arms around it all.

As a bonus we later learned he had worked with David Albright in the past on nuclear proliferation. Bastin was one of the top experts in the world at the time. Clinton had addressed the explosives testing ruse in an article I did for VT on April 9th, 2012… in a letter he had sent to Netanyahu and interested parties:

“High explosive tests being conducted at a military base in Iran are not needed for a gun-type weapon.  The IAEA should correct the claim that the tests indicate a possible nuclear weapon-related activity.”

No one seemed to be listening at the IAEA. And as it turned out, we discovered that they don’t really have people there who understand how nuclear weapons are built and work, in particular David Albright. Said Clinton Bastin in another letter:

I also mentioned that Pakistan probably did not have many nuclear weapons because gun-type weapons require about 100 pounds of highly enriched uranium.

David said that he had seen drawings of Pakistan’s weapons and they had solid cores but were implosion, not gun-type.

With that statement, I realized that David did not understand basic concepts of nuclear weapons.”

I hope you all grasp what a shocking revelation this is. If not read it again, please. You will understand why Clinton Bastin is now treated like he never existed. Such are the wages of truth, but he did this for all of us, and we honor him for it, a fellow Marine.

Clinton went on to say that there was ‘no one’ at the IAEA who really knew anything about nukes. Inspectors were just given lists of things ‘to look for’…like inventory fraud accountants. Gordon Duff and I were both shocked. But our experience had taught us that this situation never happens by accident.

Unqualified people are easier to manipulate and never challenge the home team plan. You always find them in disinfo operations as you don’t want people who can see through the scam out in the field. They can end up testifying before a Congressional inquiry some day.

So with that said, maybe the folks at the IAEA really don’t know anything about Israelis WMD, as they would not know it if they saw it. But if that was the case, why does the UN and IAEA have them out there playing make believe on finding weapons threats when we know they are corrupt to the bone by ignoring Israel’s?

The IAEA owes the World an explanation. Veterans Today would like to put a small panel of experts together to grill some of their top people with the TV cameras rolling so we could bring you irrefutable proof of all I have covered above. Mr. Albright, the ‘expert’ would certainly be invited.

By the way, David Albright (surprise, surprise) carries an Israeli passport, is treated as a VIP when he visits there, and has a very nice ocean view condominium in Haifa. Was he Israeli’s deep cover agent inside the IAEA when he worked with them?

Is he one of of the many think tank operatives with multiple and we fear, questionable loyalties, that we find heavily populating the phony think tanks in Washington that crank out disinformation reports on request?

Don’t forget, the ISIS folks revealed the secret nuclear weapons program in Burma of all places, in 2010. I am not kidding. We are still laughing about that one.

What do you all think? Let me know in the comments as I am really trying to find out why so many people are taking this lying down. It depresses me, and the herbal medicine is not working.