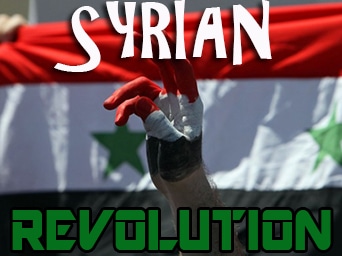 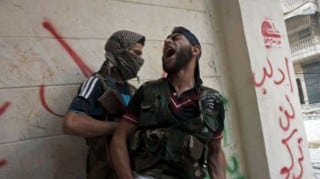 Terrorism is terrorism and it cannot be defined otherwise unless the interests of one party tilt the scale in disfavor of another and the dichotomization of the terrorists in Syria into good and bad by the West casts doubt on its claim on democracy.

In a somber political tone, Russian Foreign Minister Sergei Lavrov lashed out as “absolutely unacceptable” the West’s support for the terrorists in Syria in his exclusive interview with Russia Today.

Lavrov said the West has divided the terrorists into “bad” and “acceptable,” throwing its support behind the latter.

“It’s absolutely unacceptable, and if we follow this logic it might lead us to a very dangerous situation not only in the Middle East but in other parts of the world, if our partners in the West would begin to qualify terrorists as bad terrorists and acceptable terrorists,” the Russian foreign minister said.

The dichotomization of such a grave issue by the West is almost nothing new. The delisting of MKO, a long-considered terrorists group, by Washington is in line with this process of redefining well-established concepts and terms by the West.

Paradoxically, the MKO has been supported by Washington even when it was on the terrorist list. They even received their training at the hands of the Bush administration.

In a enlightening article, Seymour Hersh showed that US Joint Special Operations Command (JSOC) trained members of the Iranian Mujahideen-e-Khalq (MKO) at a secretive site in Nevada from 2005 to at least 2007. According to Hersh, MKO members “were trained in intercepting communications, cryptography, weaponry and small unit tactics at the Nevada site up until President Obama took office.”

In a separate interview, a retired four-star general said that he had been privately briefed in 2005 about the training of MKO members in Nevada by an American involved in the program. He said that they got “the standard training in commo, crypto [cryptography], small-unit tactics, and weaponry—that went on for six months. They were kept in little pods.” He also was told, he said, that the men doing the training were from JSOC, which, by 2005, had become a major instrument in the Bush Administration’s global war on terror.

To the dismay and disappointment of many, US State Department decided in September to remove the MKO from the terror lists.

The terrorist group made unrelenting efforts for years to be removed from the terror list and enlisted a number of Republican and Democratic officials to lobby on its behalf. Instead of paying lobbying fees to them, “it offered honoraria ranging from $10,000-$50,000 per speech to excoriate the US government for its allegedly shabby treatment of the MEK. Among those who joined the group’s gravy train are former Pennsylvania governor Ed Rendell, Rudy Giuliani, Alan Dershowitz, and former FBI director Louis Freeh. Many of them profess to have little interest in the money they have collected” (Richard Silverstein, The Guardian September 22, 20212). 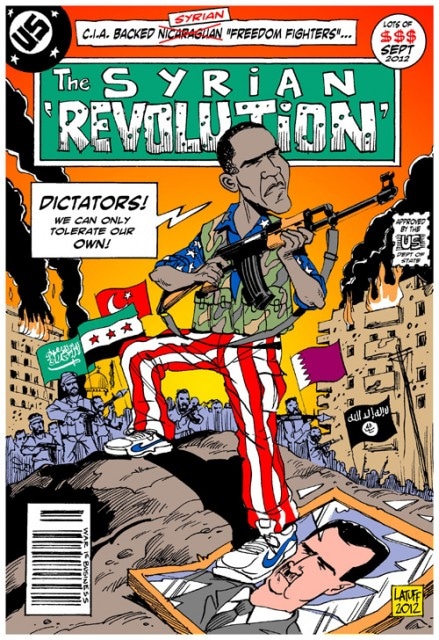 long been engaging in a series of sabotage and terrorist activities against the Islamic Republic in league with Israeli intelligence agencies.

In January 2012, Benny Gantz, the Israeli Defense Forces chief of staff, told a parliamentary committee: “For Iran, 2012 is a critical year in combining the continuation of its nuclearisation, internal changes in the Iranian leadership, continuing and growing pressure from the international community and things which take place in an unnatural manner.”

Just 24 hours after Israeli military chief warned of unnatural events for Iran, Iranian nuclear scientist Mostafa Ahmadi Roshan was assassinated in broad daylight. It soon transpired that it had been a joint Mossad-MKO operation.

The MKO has reportedly assassinated over 12,000 Iranian citizens, seven American citizens, and tens of thousands of Iraqi nationals.

Anyhow, the dichotomization of ‘terrorists’ into good and bad is far uglier than any form of apartheid.

A comparatively similar story is being repeated in Syria. Washington has branded the Qatar-funded Al-Nusra Front as a terrorist organization. But why? They are fighting against the government of Bashar al-Assad together with other militants in Syria who are chiefly composed of foreign mercenaries. The former are considered terrorists simply because they to a large extent fly in the face of Washington’s policies in Syria. So, it is Washington or the US-led West which decides who is a terrorist and who is not.

Let us not forget that the notorious al Qaeda which is sowing seeds of blind extremism and religious sectarianism in the world was founded and financially supported in the seventies by Washington and CIA in an apparent bid to fight the Soviets. Robin Cook laments the creation of al Qaeda and says, “Bin Laden was, though, a product of a monumental miscalculation by western security agencies. Throughout the 80s he was armed by the CIA and funded by the Saudis to wage jihad against the Russian occupation of Afghanistan. Al-Qaida, literally “the database”, was originally the computer file of the thousands of mujahideen who were recruited and trained with help from the CIA to defeat the Russians. Inexplicably, and with disastrous consequences, it never appears to have occurred to Washington that once Russia was out of the way, Bin Laden’s organization would turn its attention to the west.”

This CIA-created Frankenstein’s monster has not changed but has grown up monstrously.

Truly known to be one of the most misinterpreted and misused words, terrorism is defined and refined by the West according to the context where it proves deleterious or beneficial to those who define the term.