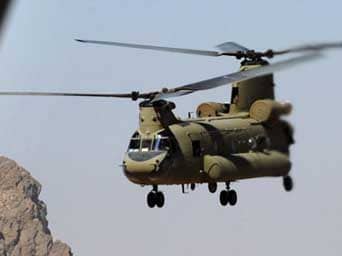 Apart from hostile eastern border which has remained a chronic security concern for Pakistan since its inception, Pakistan’s western border has also remained a source of constant irritation and anxiety. To begin with, settled issue of Durand Line was willfully converted into a dispute and Pakhtunistan stunt was played up with the help of former NAP later renamed as ANP. Khan Brothers tied to Indian Congress Party and wanting to make NWFP independent or part of Indian Union at the time of Partition of India in 1947 readily played Pakhtunistan theme. Ghaffar Khan preferred to get buried in Jalalabad than in Pakistan. His son Wali Khan carried forward the banner of Pakhtunistan which he perceived extended up to and including Attock River. President Daood on taking over power in Kabul in 1973 further heated up Pakhtunistan issue and became aggressive. His aggression was reined in by ZA Bhutto when he cultivated Islamist leaders in Afghanistan opposed to Dawood’s pro-Moscow policies. Afghanistan provided refuge to all the rebellious leaders and backed insurgencies in Balochistan. Kabul regime traditionally preferred India over Pakistan and collaborated with both India and former USSR to harm Pakistan despite being landlocked and dependent upon Pakistan for its imports and exports. Brunt of fallout of decade long insurgency in Afghanistan as a result of Soviet invasion was borne by Pakistan.

Even after the ouster of Soviet forces from Afghanistan in 1989, Pakistan continued to suffer the after effects of Afghan Jihad that had given birth to religious extremism and drug culture. Sectarianism produced extremist outfits like Sipah-e-Sahaba, later named as Lashkar-e-Jhangvi (LeJ) and now as Ahle Sunnat Wal Jamaat, and Sipah-e-Muhammadi. Even when the Taliban came to power partly with the help of Pakistan and both developed intimate relationship, sectarian war raged with full intensity throughout 1990s since the Taliban sheltered and supported LeJ and refused to hand over its leaders. Sectarian war to an extent got diluted in 1998 as a result of tough measures undertaken by Shahbaz Sharif regime in Punjab and because of the Kashmiri freedom movement and emergence of dozens of Jihadi groups like Hizbul Mujahideen and Lashkar-e-Taiba, which diverted the attention of these extremist groups towards occupied Kashmir.

Pakistan was once again forced to take up the role of a frontline state against global terrorism and to help the US military in occupying Afghanistan in the aftermath of 9/11. Over 12 years of war on terror has inflicted maximum damage to Pakistan both in terms of its economy and human lives. Pakistan security forces have been fighting foreign supported TTP aligned with al-Qaida and Lashkar-e-Jhangvi since 2003. Although Pakistan is helping USA in winding up the futile war that has brought disgrace to the sole super power, and the US exit plan has become operational since July 2011, departure of ISAF will not end the problems of Pakistan and Afghanistan since the situation in Afghanistan will remain in a flux for a long time. The reason is that the Taliban that had resisted the occupation and waged a Jihad against occupying forces have not been defeated on the battleground. The Taliban have brought no change in their ideology, their attitudes and behavior pattern. They consider themselves as the rightful rulers of Afghanistan since power had been illegally snatched from them.

The coalition of 48 countries led by USA and assisted by India and Israel has also not been soundly defeated. Despite its decision to quit, it has not accepted defeat. Pentagon and CIA are governed by this irrational mindset, which have all along advocated use of force and opposed political parleys. With less than two years left for the cutout date of December 2014, the US continues to devise ways and means how to retain its control over Afghanistan where it has sunk billions of dollars and wasted blood of so many of its combat soldiers and injuries to thousands other than losing its prestige. It has invested heavily in this country reputed to be the graveyard of great empires because it considers Afghanistan a vitally important military station for the achievement of its strategic ambitions in the region.

But for crumbling economy which is not getting stable, continuing soldiers fatalities, growing numbers of suicides, hospitalization of soldiers and cases of indiscipline in the Army contingent deployed in Afghanistan, mounting home pressure and declining interest of its western allies, the US would not have voluntarily opted to leave and that too without making a bargain with the Taliban. The US could have possibly won this war had the ISAF, Pakistan military and ANA backed by CIA-ISI-CDS been on one platform and fought the war as a united and cohesive team. Mistrust and lack of collaboration between the three so-called partners, ill-intentions of Washington and Kabul regimes, and wickedness of India and Israel created the unmanageable mess the onus of which go entirely to USA. Avoidance of boots on ground, relying entirely on airpower and ANA together with misadventure in Iraq, taking Taliban-al-Qaida threat too lightly, secretly supporting TTP in Pakistan, discouraging rather than encouraging Pakistan by blaming it for all its failures were other contributory reasons which enabled the Taliban to wrest the initiative.

The ISAF has been able to stay on for all these years because of the 2000 US-NATO aircrew operated airpower. On ground, none can match the tenacity of Taliban fighters since they are the best in guerrilla war. They have no means to confront the air menace because of which the war has reached the stage of a stalemate. The day the Taliban get hold of surface to air missiles like Stingers provided to them by CIA in 1987, stalemate would get converted into decisive victory for the Taliban and rout of ISAF. This outside assistance is possible from Russia, China and Iran and possibly from Pakistan if it is ditched by USA.

The Taliban appreciating the lethality of airpower are rightly insisting departure of all foreign forces by December 2014 and are against stay-back force. They are mindful of the historical fact that unlike President Najibullah who managed to stay in power for three years after withdrawal of Soviet forces with the help of 35000 Soviet trained Afghan Army, they will now have to fight much better trained and equipped 200,000 strong ANA, 160,000 outfitted Afghan Police, advanced Central Directorate of Security and RAW trained RAAM. Their problems are likely to get further compounded by the projected US stay-behind force of about 10,000 together with drones and airpower and retention of five military bases till 2024.

Possible way that can expedite the US pullout is the US dwindling economy and $46 billion defence cuts that have already been levied. So far, 2050 members of the US military have died in Afghanistan and 18170 US servicemen have been wounded in hostile action. A new report by the Government Accountability Office in Washington also has estimated that the US has spent nearly $600 billion on the Afghan war and even the troop withdrawal through 2013-14 will cost an additional $5.7 billion. No doubt, these are weighty compulsions working on the US Administration’s sense of urgency that the Afghan war should be wound up without any delay, no matter the apparent imponderables in the way.

The other ways of timely and complete pullout are that the Taliban manage to procure counter air weapons, or green-on-blue attacks against the US ‘embedded units’ surge due to successful infiltration of Taliban in ANA ranks, or another crisis erupt elsewhere, or the US succeed in striking a deal with Taliban and both become allies.

The writer is a retired Brig and a defence analyst. Email:[email protected]