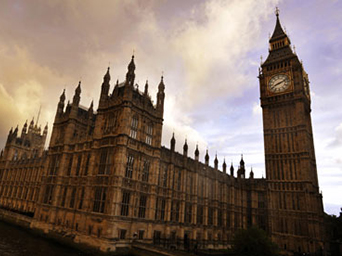 As new ministerial stooge is slotted in at the Foreign Office

A letter from the Palestine Solidarity Campaign recently flopped into my Inbox for forwarding to MPs, urging them to write to the Foreign Office and ask what action was being taken to address the growing humanitarian disaster in Gaza.

I edited it slightly and added, to my own MP, that we do mean ‘action’ not the usual mealy-mouthed drivel from Messrs Hague and Burt. “It is high time the British Government demonstrated human decency and discharged its humanitarian obligations in the Holy Land. Lack of meaningful action to end the suffering is an utter disgrace not only on HMG [Her Majesty’s Government] but the entire British people.”

For over 6 years, the PSC letter pointed out, 1.7 million Palestinians have lived under siege and blockade in Gaza. The Rafah crossing into Egypt, and the tunnels, provided a lifeline for Palestinians needing to enter or leave Gaza, and for food, medicines and fuel to enter. Following the coup in Egypt, Rafah crossing had been closed for many days, and tunnels blocked or destroyed.

As a result, Gazans are suffering intense hardship, while the UN reports that “fuel shortages and increased power outages are significantly impacting the provision of essential services, shortages of construction materials are impeding maintenance and rehabilitation of essential service infrastructure, and restricted access for people through Rafah Crossing is impeding access to specialized health services abroad”. (http://www.ochaopt.org/documents/ocha_opt_gaza_sitrep_2013_09_23_english.pdf).

My MP did indeed forward all this to the Foreign Office, but it must have been around the time they were shuffling the ministerial deckchairs which resulted in the sudden exit of Alistair Burt, minister for Middle East affairs, and the arrival of dashing ex-Guards officer Hugh Robertson.

Burt was formerly an officer of the Conservative Friends of Israel [CFI] and therefore an avid supporter of the racist regime just like his boss Agent Hague, who has been a devotee since his teenage years. Hague’s boss, Agent Camron, is a self-proclaimed Zionist.

He hasn’t declared an interest but the Jewish Chronicle, which keeps a close eye on such detail, reports http://www.thejc.com/news/uk-news/112270/burt-out-berger%E2%80%99s-new-health-role : “Mr Robertson, a former army major who is also a member of CFI, made headlines earlier this year when he defied MPs who called for a boycott of Israel as hosts of the UEFA under-21 football championships.”

Another suck-up to the thugs in Tel-Aviv, then. The ministerial handover from one Zio-luvvy to another appears to have been achieved seamlessly.

Robertson nevertheless replied to the letter. He says he shares concerns about the situation in Gaza, which Agent Hague had already discussed with Abbas, and agrees that “the recent closure of the smuggling tunnels by Egypt has exacerbated what was already a fragile and difficult economic situation”.

Excuse me – “smuggling” tunnels? Our gallant ex-Guardsman is already spouting the Israeli narrative. Smuggling is the illegal transportation of goods or people across national boundaries. There is nothing illegal about the purpose to which Gaza’s tunnels are put. What’s illegal, Mr Robertson, is the blockade that makes the tunnels a life-or-death necessity to the survival of Palestinians in Gaza.

He should remember too that the West Bank and East Jerusalem have also been illegally blockaded for decades.

“We are also pressing the Israeli authorities to further ease their restrictions,” he continues. The Israelis, Mr Robertson, have no business applying restrictions in the first place. Palestinians are entitled to free movement and unfettered access. Restrictions must end, as must the illegal occupation of Gaza’s airspace and coastal waters and Israel’s disruption of fishing and interference with sea traffic.

Hugh Robertson plays for the MCC (the elite Marylebone Cricket Club) which dates back to 1787 and drew up the original Laws of Cricket. One would expect from an MCC member a much greater sense of fair play than Mr Robertson has shown so far in the Holy Land crisis. Since his understanding of Gaza’s tunnel economy is so woeful, I commend to him Stephen Lendman’s excellent no-nonsense account http://www.veteranstoday.com/2013/10/29/gazas-tunnel-economy/. Here is an extract…

Tunnels sustain life. Most are nearly a third of a mile long. They’re around six stories below ground. They cost $50,000 or more to build.

Months of intense labor are required to do so. Israel wants them destroyed. It bombs them. It kills innocent civilians struggling to survive.

Part was in Gaza, the rest in Egypt. Israel began demolishing tunnels. Early ones were built beneath homes.

Tunnels provide two-thirds of Gaza’s consumer goods. According to one Palestinian engineer:

“We did not choose to use the tunnels. But it was too hard for us to stand still during the siege and expect war and poverty.”

Gaza reflects the heart of Palestinian resistance. Risking death below ground reflects it.

They include food, livestock, flour, milk, cheese, cooking oil, small generators, kerosene heaters, and virtually everything else most people take for granted.

Rafah crossing is the only above ground point of entry or egress. It’s ill-equipped. It’s often closed.

It’s way inadequate to service 1.7 million Gazans. It can’t provide all their needs. Tunnel economy operations supply most of them. It’s a lifeline too vital to lose.

When he has got to grips with the true situation, I hope to see Mr Robertson thrashing Israel’s bowling to the boundary with a dazzling display of forcing shots off the front foot. Enough of the limp-wristed deflections we’ve seen so far from his game-fixer colleagues.