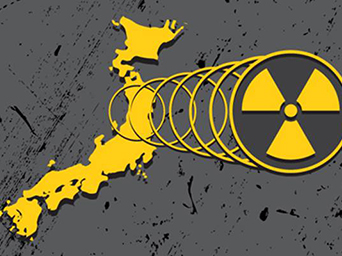 As Harvey Wasserman expounds ~ Fukushima’s missing melted cores and gushing radioactivity continues to fester in secret and speculation on the ultimate impact borders from relatively harmless to intensely apocalyptic. However, it is obvious to all that the impacts of these emissions on human and ecological health are unknown primarily because the nuclear industry has resolutely refused to study them:

As Wasserman explains ~ ” This “see no evil, pay no damages” mindset dates from the Bombing of Hiroshima to Fukushima to the disaster coming next … which could be happening as you read this “ so here are some major points to consider as you determine , as I do, that this is indeed Apocalypse Now (courtesy of Harvey Wasserman)

1. At Hiroshima and Nagasaki (1945), the U.S. military initially denied that there was any radioactive fallout, or that it could do any damage. Despite an absence of meaningful data, the victims (including a group of U.S. prisoners of war) and their supporters were officially “discredited” and scorned

2. During and after the Bomb Tests (1946-63), down winders in the South Pacific and American west, along with thousands of U.S. “atomic vets,” were told their radiation-induced health problems were imaginary … until they proved utterly irrefutable.

4. Stack monitors and other monitoring devices failed at (TMI) Three Mile Island (1979) making it impossible to know how much radiation escaped, where it went or who it impacted and how.

5. But some 2,400 TMI downwind victims and their families were denied a class action jury trial by a federal judge who said “not enough radiation” was released to harm them, though she could not say how much that was or where it went.

6. Widespread death and damage downwind from TMI have been confirmed by Dr. Stephen Wing, Jane Lee and Mary Osbourne, Sister Rosalie Bertell, Dr. Sternglass, Jay Gould, Joe Mangano and others, along with hundreds of anecdotal reports.

8. Three Russian scientists who compiled more than 5,000 studies concluded in 2005 that Chernobyl had already killed nearly a million people worldwide.

10. When Fukushima Units 1-4 began to explode, President Obama assured us all the fallout would not come here, and would harm no one, despite having no evidence for either assertion.

11. Since President Obama did that, the U.S. has established no integrated system to monitor Fukushima’s fallout, nor an epidemiological data base to track its health impacts … but it did stop checking radiation levels in Pacific seafood.

12. Devastating health impacts reported by sailors stationed aboard the USS Ronald Reagan near Fukushima are being denied by the industry and Navy, who say radiation doses were too small to do harm, but have no idea what they were.

13. Though it denies the sailors on the Reagan were exposed to enough Fukushima radiation to harm them, Japan (like South Korea and Guam) denied the ship port access because it was too radioactive (it’s now docked in San Diego).

14. The Reagan sailors are barred from suing the Navy, but have filed a class action against Tokyo Electric Power (Tepco), which has joined the owners at TMI, the Bomb factories, uranium mines, etc., in denying all responsibility.

15. At least 300 tons of radioactive water continue to pour into the ocean at Fukushima every day, according to official estimates made prior to such data having been made a state secret.

16. To the extent they can be known, the quantities and make-up of radiation pouring out of Fukushima are also now a state secret, with independent measurement or public speculation punishable by up to ten years in prison.

17. Likewise, “There is no systematic testing in the U.S. of air, food and water for radiation,” according to University of California (Berkeley) nuclear engineering Professor Eric Norman.

18. No current dismissal of general human and ecological impacts ~”apocalyptic” or otherwise ~ can account over time for the very long half-lives of radioactive isotopes Fukushima is now pouring into the biosphere.

19. As Fukushima’s impacts spread through the centuries, the one certainty is that no matter what evidence materializes, the nuclear industry will never admit to doing any damage, and will never be forced to pay for it .

20. Hyman Rickover, father of the nuclear navy, warned that it is a form of suicide to raise radiation levels within Earth’s vital envelope, and that if he could, he would “sink” all the reactors he helped develop. “Now when we go back to using nuclear power,” he said in 1982, “I think the human race is going to wreck itself, and it is important that we get control of this horrible force and try to eliminate it.” See full article: http://ecowatch.com/2014/02/02/50-reasons-fear-fukushima/

Check out this brief 8 minute video as PBS takes us on a terrifying ‘Post-Apocalyptic’ tour inside Fukushima ~ http://ecowatch.com/2014/03/02/pbs-post-apocalyptic-tour-fukushima/

Dr Ken Buesseler is a senior scientist at Woods Hole Oceanographic Institution who has examined the waters around Fukushima, makes his assessment of the situation: “It is not over yet by a long shot, Chernobyl was in many ways a one week fire-explosive event, nothing with the potential of this right on the ocean. We’ve been saying since 2011 that the reactor site is still leaking whether that’s the buildings and the ground water or these new tank releases. There’s no way to really contain all of this radioactive water on site. Once it gets into the ground water, like a river flowing to the sea, you can’t really stop a ground water flow. You can pump out water, but how many tanks can you keep putting on site?”

So there you have it, it’s quite likely that we are presently experiencing Apocalypse Now and only future generations will experience and judge the life threatening errors of our ways, regarding nuclear power.