Editors Note: This is the second leaked Embassy article that Gordon did after the first that went to Press TV.

By the next day new information had come in and we had indentified another American actor in setting up the Russians for a false flag attack.We wanted NEO to have the update quickly, as we were of course trying to drive the story.
Thanks to all of the reader support which made us the main publication pushing this.
It is the 2nd top read story on PTV for the week, and already the 3rd for the month. NEO also publishes a Russian translation, so we are fortunate to have that exposure.
The target date for the attack below was March 15th, and it did not happen. We have our ear to the ground for any provocations, because with so many contractors running around, you can have bad actors outside the chain of command.

We have been there before in Afghanistan and Iraq, and frankly…are tired of it…Jim W. Dean ] 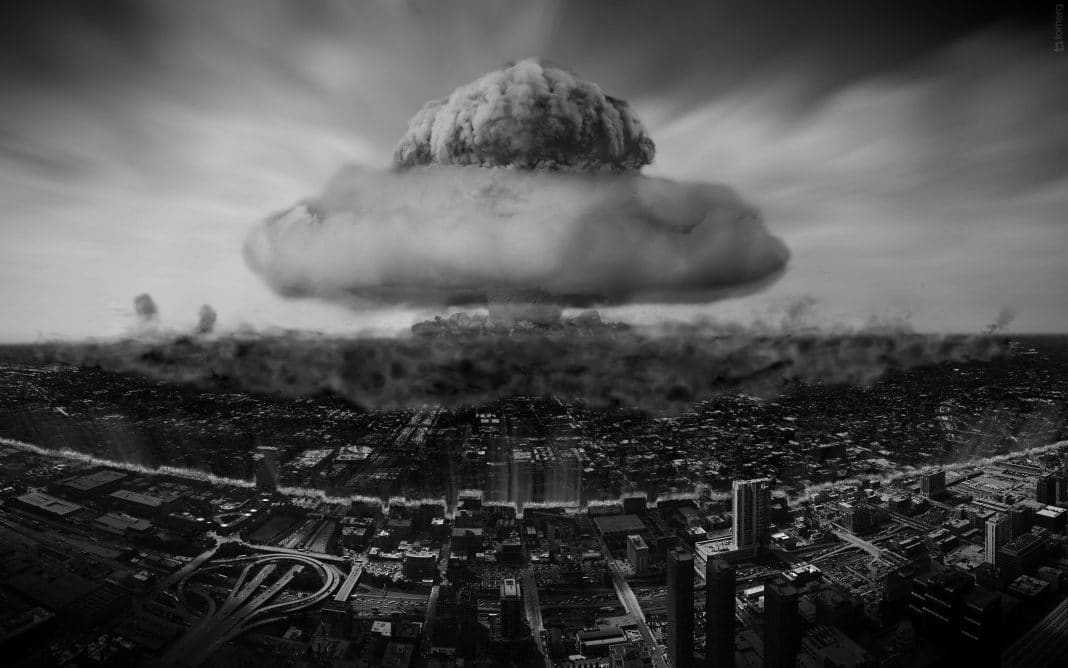 First published March 15, 2014
by Gordon Duff, VT  Sr. Editor, with New Eastern Outlook, Moscow
Evidence, including intercepted emails from “Anonymous Ukraine” and interviews with US special operations contractors, has led to the discovery of plans to stage a series of terror attacks in the Ukraine to be blamed on Russian Special Forces.
In a series of emails released on March 12, 2014, three in particular stand out. Implicated is Lt. Colonel Jason Kresh, Assistant Attaché at the US embassy in Kiev and Colonel Igor Protsyk, Chief, Bilateral Cooperation Division of the PKO General Staff, Armed Forces of the Ukraine.
Emails outline a plan for a staged attack on a Ukrainian air facility including maps of which planes are to be damaged. Other operations are outlined as well.
One thing is made clear; the attacks are to appear as though done by Russia. This is stated repeatedly.
One name, “Chief Mike,” mentioned as operational coordinator of a false flag terrorist unit is known to be a retired US Navy SEAL with a background working for the US State Department and as a contractor overseeing air transit facilities in Baluchistan/Pakistan suspected of involvement in drug trafficking.
This is the text of the first of three devastating emails:

Basil, you must quickly carry out proactive in Melitopol. There’s 25 aviation brigade. Must stain our sworn friends and good neighbors. I think you understand me.
Just proceed carefully and cautiously. 25 brigade combat mission out , so do not do them much damage to aircraft . There is already damaged aircraft , that He can do everything. Yihny board numbers you give. Remember, you need everything to be as real attack of the Russian Special Forces.
Brigade commander there is a reasonable man. Details of know he will not, but in extreme cases it can turn to. We did come.
COL Igor PROTSYK
Chief, Bilateral Military Cooperation Division
Main Directorate for Military Cooperation and PKO
General Staff, Armed Forces of Ukraine
tel +38044 481-5407
Cell +38067 407 97 40
e-mail: i.v.protsyk @ mil.gov.ua

The second email is copied to Colonel Protsyk, liaison with American and EU “security forces” working in the Ukraine. We were able to verify the identity of Pasha Tarasenko through his graduation records as a Ukrainian Army officer.

“Chief Mike” is identified as a retired US Navy SEAL who, in plain language, is tasked with supplying weapons and explosives for what is also clearly outlined, a false flag attack on a Ukrainian Air Force base.
By “scrap metal,” they are referring to less serviceable aircraft that are designated to be destroyed as outlined on the map conveniently supplied.
The aircraft to be blown up are circled in red.
If anyone had wondered what kind of meetings transpire at the seminars held at the George Marshall Center for Strategic Studies in Garmisch, Germany, the high level of cooperation seen here shows how it has paid off in spades.

Oleg,
An urgent need to make some noise on behalf of Russians at the airport in Melitopol. This should be done by March 15 . Sam understands why.
First of all you must contact Pasha Tarasenko. You must know him, he is a local Liberty and has a theme.
Before you arrive 10-12 boys from the Centre. Top fighters Trident. Chief Mike there, you should know it too. Details will know him. We need people to meet and provide everything you need.
Proceed with caution. Speak only Russian. 25 team is executing combat missions, so do not do them much damage to aircraft. There is a lot of scrap metal, with it you can do anything. Damaged aircraft you specify. It is essential that all was as real attack neighbor’s Special Forces. But without corpses.
Give me again your account. The money will come in time, do not worry.
See the appendix . This is an example of action. Decisions are made in person.
This map shows the location of the planes to be destroyed.

The third email is from the US embassy directly to Colonel Protsyk. In it, Lt. Colonel Gresh using his State Department official email account states in clear language how false flag terror attacks he is controlling are intended to bring about, not just military actions by the “Pentagon” but stage additional incursions by the CIA or “Company” as they are called on the Washington cocktail circuit.
I wonder who the “friends in Washington” are. Is it Senator’s McCain and Graham? Is he acting with approval of the Secretary of Defense and Secretary of State?
Is he, as indicated, acting on behalf of “friends in Washington?” If these friends are not directly “chain of command” under authority of the President of the United States, then the actions outlined in this and other emails are, in fact, insurrection against the government of the United States.
In 1805, former Vice President of the United States, Aaron Burr (best known for killing Alexander Hamilton in a duel), attempted a similar operation against Mexico. Burr was charged with treason but the case was dismissed when Supreme Court Justice John Marshall found the case insubstantial because of the lack of “good action.”
As this is far from the first false flag terror operation in the Ukraine in recent weeks, such a dismissal, should charges be brought against those involved and their “friends in Washington,” such charges would not be dismissed.
The offending document below:

Ihor,
Events are moving rapidly in Crimea. Our friends in Washington expect more decisive actions from your network.
I think it’s time to implement the plan we discussed lately. Your job is to cause some problems to the transport hubs in the south-east in order to frame-up the neighbor.
It will create favorable conditions for Pentagon and the Company to act.
Do not waste time, my friend.
Respectfully,
JP
Jason P. Gresh
Lieutenant Colonel, U.S. Army
Assistant Army Attaché
U.S. Embassy, Kyiv
Tankova 4, Kyiv, Ukraine 04112
(380-44) 521 – 5444 | Fax (380-44) 521 – 5636

The case for a war crimes tribunal against the United States and its European allies along with members of the current regime in Kiev for war crimes based on, not just these documents but evidence gathered during recent demonstrations is undeniable.
It is not for us to convict those involved but to recommend a course of justice that would lead to enforcement of the Hague Conventions as they apply. Additionally, reasonable cause is given to assume that a number of offenses have been committed against not just the people of the Ukraine and the government of Russia but, in particular, the United States as well.
The evidence here is hardly all that is available. There is an additional trail of evidence tying these groups operating in the Ukraine, now clearly multi-national, in chemical weapons attacks in Syria not to mention the other operations referred to in these documents.
Reference is made to military operations using combat aircraft from the Ukrainian military. Who is being attacked? Under what authority are these attacks being staged?
Is the Ukrainian Air Force being used by Al Qaeda and her American friends such as Senator John McCain for “close air support” against the government of Syria? Is anything else possible?
A final note: Who is going to supply the corpses?