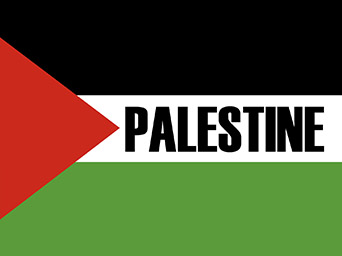 In the run-up to the EU elections the UK’s Palestine Solidarity Campaign (PSC) emailed supporters urging them to use a specially worded form for MEP candidates to fill in. It included these two questions…

I wrote to Sara Apps, the PSC’s Campaigns & Communications Officer, asking why the PSC questionnaire didn’t ask Euro candidates unambiguously if they are prepared to suspend the EU-Israel Association Agreement until Israel fully complies with the conditions set down in Article 2, which requires Israel’s respect for Palestinian human rights and right of self-determination.

That is about the only thing that would make the Israelis sit up and listen.

Ms Apps, according to her LinkedIn page, is deeply involved with the Labour Party, which is top-heavy with Zio-stooges and a Jewish leader. She replied as follows:

The questions were agreed across all the organisations that work in the European Coordination of Committees and Associations for Palestine (ECCP) so they were not just subject to the work and agreement of PSC but all our sister organisations across the EU, and a few others in the UK besides.

The question which relates to the clause is: ‘Will you ensure that the EU fully applies the conditionality clause guaranteeing respect for human rights in all its future and current agreements between the EU and Israel?’

This covers the EU Israel Association Agreement, but also covers other agreements which come about as a result of the clause (eg ACAA, which passed last year after a vote in the European Parliament, new aviation agreements, Horizon 2020 etc)

This is better than just asking MEP candidates whether they would be simply be prepared to suspend “to suspend the EU-Israel Association Agreement until Israel fully complies with the conditions set down in Article 2 – respect for Palestinian human rights and right of self-determination?” because they get a vote on these other agreements, whereas they don’t get a vote on the EU Israel Association Agreement. Whether or not the EU Israel Association Agreement would be suspended would require a unanimous decision by all the member States on the European Council to suspend the agreement first. We do encourage that, and that is why the question we ask MEP candidates covers it, but we also wanted to ask them about other agreements which they are much more likely to vote on.

But that doesn’t quite tally with what the ECCP is saying. This is a network of 48 committees, organizations, NGOs and international solidarity movements from 20 EU countries, dedicated to the struggle of the Palestinian people for freedom and justice. On its website it is far more robust http://www.eccpalestine.org/the-stalling-of-peace-talks-eu-action-needed/ :

The EU must support all present and future Palestinian initiatives for accession to UN agencies and international treaties – starting with the Fourth Geneva Convention on the protection of civilians – and avoid contributing to Israeli violations of international law.

Given that Israel has shown itself unwilling to halt settlement construction and end its numerous further violations of international law – even as a temporary measure of good faith during ‘negotiations’ – the EU must live up to its commitment to condition its relations with Israel on “human rights and democratic principles”, as stipulated in Article 2 of the EU-Israel Association Agreement. Numerous EU and UN reports have concluded that Israel does not respect the basic principles of universal human rights and international law.

The EU policy of maintaining close relations with Israel as a supposed means of persuading it to end its violations of human rights and international law, and negotiate in good faith, has clearly failed.

For several months, the EU was focused on support for the Kerry initiative. With the announcement by Israel to end the ‘peace talks’, and given the relative retreat of the US, the EU now faces its historic responsibility regarding this conflict. The EU must now go beyond purely rhetorical declarations. Although ritually repeated over the years, none of the EU statements, with the exception of the July 2013 Guidelines, was accompanied by corresponding action. As long as the EU provides funding and other support to Israeli public and private entities that violate international law and Palestinian human rights, it cannot play a positive or successful role in achieving a just and lasting peace between Israel and the Palestinian people.

Indeed, the continued application of the EU-Israel Association Agreement, together with de-facto upgrades which occurred over the years, sends a clear message to Israel that it will not be held to the same standards as other countries that violate human rights. Maintaining the status quo regarding EU-Israel relations will only serve as a green light for Israel to continue to act with impunity.

ECCP therefore calls on the EU to suspend its Association Agreement with Israel.

The ECCP is pleasingly unambiguous and clearly means business, while the PSC continues to pussyfoot around.

A friend remarked recently that people are wary of ‘solidarity’ as a word, and ‘campaign’. I agree. I have spent 9 years on the Palestinian cause but would never claim to be in solidarity with the Palestinians… mainly because many of them, especially in the Palestinian Authority, are crooks, quislings and self-serving low-life. Besides, solidarity is not the issue. Justice, rule of law and a robust resistance to Zionism’s arrogance and war crimes are what it’s really about.

This softening of the PSC ‘narrative’ follows a sneaky move to re-word the BDS (Boycott, Divestment and Sanctions) Movement’s central plank. BDS’s original ‘call’ urged various forms of boycott against Israel until it met its obligations under international law by “ending its occupation and colonization of all Arab lands and dismantling the barrier Wall”. Now it only wants Israel to end its occupation and colonization of all Arab lands occupied in June 1967 and dismantle the Wall”. Suddenly limiting the matter to 1967-onwards effectively airbrushes the rights of those whose lands were seized prior to the 1967 war out of the picture, although BDS does talk of “respecting, protecting and promoting the rights of Palestinian refugees to return to their homes and properties as stipulated in UN Resolution 194. This “resolved that the refugees wishing to return to their homes and live at peace with their neighbours should be permitted to do so at the earliest practicable date, and that compensation should be paid for the property of those choosing not to return and for loss of or damage to property which, under principles of international law or in equity, should be made good by the Governments or authorities responsible.”

But why tinker with the original wording? Many have voiced concern that Israel’s criminal annexation of those territories between 1947 and 1967, dispossessing the Palestinian owners and driving them into exile, appears to have been quietly legitimised by BDS.

This article has provoked a howl of protest from the PSC, claiming my facts are wrong and I have misled readers. Their spokesperson insists the questions the PSC put to prospective MEPs are exactly the same as the questions agreed and posted on the ECCP’s website.

I am not suggesting they are different. What doesn’t tally is the clear and unambiguous demand on other web-pages (of both organisations) for suspension of the EU-Palestine Association Agreement and the conspicuous lack of any mention of suspension in the questions subsequently put to prospective MEPs. This omission, for whatever reason, appears to water down the solidarity movement’s position.

I have also heard from the ECCP in Brussels, whose message I am happy to relay here: “The questionnaire that PSC is using was prepared and agreed by all the ECCP members The goal of the questionnaire was not to demand from the MEP candidates to suspend the EU-Israel Association Agreement but to check their general position on EU-Israel relations and let the Palestine supporters know who to vote for and with whom they might cooperate after the elections. It would be great if you’d like to include this in your article.”

In its European Elections Briefing the PSC, after listing Israel’s mega-crimes, does little more than urge MEPs to”take a critical position on the Euro-Israeli relations”, implying this is the ECCP’s wish. Will that really satisfy the thousands of frustrated activists on the ground?

It is worth remembering that in 2002 the EU Parliament did vote to suspend the Agreement on account of Israel’s violations of human rights. On that occasion the Council of Ministers refused to implement the decision, which goes to show what a despicable outfit the EU really is. Britain, Netherlands and Germany were the countries opposing suspension, I understand.