Home Military The Sacrilege of War 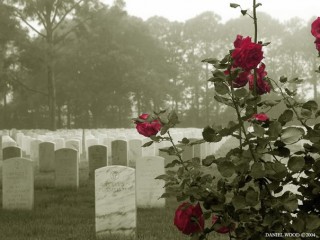 I am anti war. I know of no war worth the cost in human suffering and lives. Yet I acknowledge and respect the sacrifices and selflessness of those who were mislead and conditioned to kill and to die in America’s wars for wealth and hegemony. I see no contradiction in that. Consequently, I will not avail myself of the many Memorial Day sales at the mall and I will not support the exploitation and commercialization of the memory of the fallen to enhance consumerism and profit. Nor will I have or attend a barbecue or party as anyone who believes that celebration is appropriate on this weekend misunderstands and/or misrepresents the meaning of MEMORIAL Day. Nor will I attend or march in a parade as parades accomplish nothing save to allow those who make or ignore war to feign support and appreciation for their victims and to relieve their collective guilt for crimes against humanity. Marching in a parade honors no one nor does it educate or inform about the realities of war. Rather it perpetuates the mythology of honor and glory and “The old Lie: Dulce et decorum est pro patria mori.”[1]

Instead, I will treat this weekend as any other, for those of us who have experienced the horror of the battlefield need no holiday to remind us as the screams of the dying echo each day in our minds and the faces of the dead visit each night in our dreams. I will spend this weekend remembering what I have suffered and the suffering I have caused others, acknowledging that I am both victim and victimizer.  I will spend this weekend grieving the loss of comrades and of my innocence. I will spend this weekend in meditation confronting the realization that sometimes death in war is liberation, and those who die more fortunate than we who are condemned to survive as penance for the sacrilege of war.

[1]“It is sweet and fitting to die for one’s country.”  Horace‘sOdes (III.2.13); also the title of a poem describing the horror of war by Wilfred Owen.

Camillo Mac Bica, Ph.D., is a professor of philosophy and ethics at the School of Visual Arts in New York City. His philosophical focus is in Applied Ethics, particularly the relation between war, morality, and healing. Dr. Bica is a former the United States Marine Corps Officer and veteran of the Vietnam War. He is a long-time activist for peace and justice, a member of the Vietnam Veterans Against the War, and Coordinator of the Long Island Chapter of Veterans for Peace. Dr. Bica serves on the National Advisory Board of the “Soul Repair” Center, a research and educational center whose primary mission is to the further understand and treatment of Moral Injury experienced by soldiers returning from war. In addition to his two books “Worthy of Gratitude: Why Veterans May Not Want to be Thanked For Their “Service” in War;“ and “Beyond PTSD: The Moral Casualties of War,” articles by Dr. Bica have been published in numerous philosophical journals and online alternative news sites.