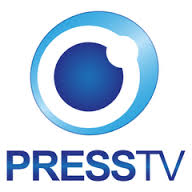 The Times of Israel reports that on June 24, 2014 a US District Court awarded American and Israeli terror victims the .ir domain, along with all of Iran’s IP addresses.

According to the plaintiffs’ attorney, Iran could find itself kicked off the Internet by the Internet Corporation for Assigned Names and Addresses (ICANN), a Los Angeles based organization that manages web domains and IP addresses.

The court ruled that .ir domain names and IP addresses were seizable assets in the satisfaction of more than a billion dollars in judgements Iran owes US and Israeli victims. The judgements relate to “terrorist” acts committed by Hamas, Hezbollah and other so-called terrorist groups allegedly backed by Iran.

Like other countries, Iran pays fees to ICANN to license its Internet assets. Based on Tuesday’s ruling, these fees, along with the assets themselves, could be used to satisfy the Iranian debt to the plaintiffs. Covered by the judgement are all the “top-level domain” (TLD) names provided by ICANN to Iran, including the .IR TLD, the Persian-language ایران TLD, and all Internet Protocol (IP) addresses being utilized by the Iranian government and its agencies.