VA doctor asked disabled veteran if he owned any guns.

(PHILADELPHIA, PA) – I was asked by a VA doctor last week if I owned any guns.  I said, “No, but I know how to use them.”  He was typing into a government database when he asked the question.  I don’t know if my flip response was typed into the database.

After getting up at 0600 for a VA medical appointment at 1000, I was tired and slightly irritated when the doctor who was late for the appointment, yelled out my name at the front of a crowed waiting room, turned on his heels, and looked back and said, “There’s no need to run.”  I had been trying to keep pace with this guy who was moving fast.

I was referred from a VA nurse to the specialist. I’m sure that she was only doing her job. But, the thought resonated in my head, “Beware of Greeks bearing gifts.” 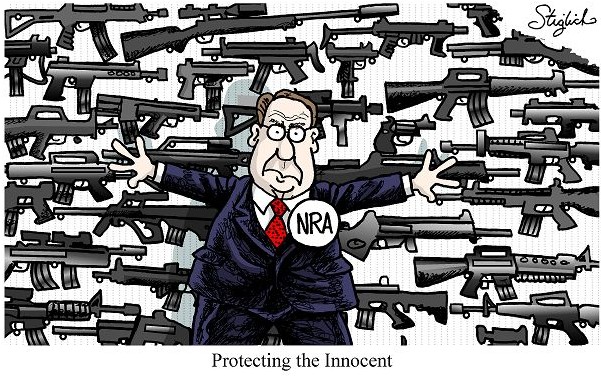 I’m not seriously ill, but had been feeling somewhat ‘down’ over my mother-in-law’s broken hip and right leg.  I’m only getting a few hours of sleep a night.  Mom is 94 years old.  She is back with us from the rehab center. She needs my help to use the commode, getting into and out of bed, etc. I’m using a back brace to move her.  Even though she’s only 116 pounds, she’s dead weight and without the back brace, I would be a candidate for the nearest ER.

I knew that I didn’t need to talk to a psychiatrist. But, the young women doctors who were calling out the names of other veterans were attractive and I thought, “Why not?  At least, I can spend some time with a good looking woman who might have some helpful ideas. My libido is not dead, even though the bladder and prostate cancer have left me totally impotent.

The middle age male doctor reminded me of a Nazi scientist (not kidding): Just firing off questions like “is there any mental illness in my family? Was I sexually abused as a child? Do I own any guns?  Have I had suicide ideation?  Did I ever attempt to kill myself?”  All of these questions were directed at me without any introduction; no attempt to gain my trust. As the meeting ended, the doctor said that I’ll see you in 6 weeks.  Don’t bet on it.

I mean give me a break.  I’m not mentally ill. I just tired from helping my mother-in-law.

Our medical system is broken and she doesn’t qualify for Medicaid. She has Medicate but that’s it.  She is extremely generous and gave away most of her small pension and social security.  New Jersey has a 5 year look back period.  I’ve pulled 60 months of bank statements and just a cursory look at them showed me that we would have to fork over at least $60,000 before Medicaid would kick in.

My wife works three days a week in Philly.  We have two home care aids who help us in the morning and the early evening.  Otherwise, I’m on my own.

The home care aids are good but the service is not inexpensive.  Something like over $2,000/month.  This is most of my VA disability pension. I’m not complaining. The money is for a good cause.

I remembered that the Philly VA referred me to a psychologist last year after a heated Decision Review Officer hearing.

My attorney and I made a good presentation at the DRO hearing in Philly, supporting the environmental contamination and my radiation and organic solvent exposures at Marine Corps Air Station El Toro, CA. The base is an EPA Superfund site with a major TCE plume spreading off the base into Orange County’s aquifer.  The Marine Corps denied ownership of the toxic plume for 16 years until a lawsuit forced them to own up.

After the hearing, I was referred to several VA doctors including a psychologist who told me that he was putting me in for a disability.

Usually these compensation exams are very tough but this time the examiner was ‘very helpful’ in filling in all of the blanks. I didn’t lie; my VA disability includes a rating of 50% for depression.

After dealing with the VA for 6 years on a disability claim for cancer, small vessel disease of the brain, hypertension, etc., anyone who is not depressed has to be mentally dead.

I’m not paranoid, but I’m wondering: Did the VA know that Tim King and I wrote BETRAYAL?  The book is highly critical of the VA and the government and is not on the Marine Corps Commandant’s reading list for Marines.

To put the record straight, I have never owned any guns but have fired several weapons at a shooting range with a Marine Corps veteran and another friend who is a prison guard in New Jersey.

The government should know that if there is martial law for some false flag event and selected veterans are arrested, we will find a way out.

Since the NSA reads all emails, they know that Marine veterans will not ‘just roll over and play dead.’  The one thing that the Corps taught us was never to quit.