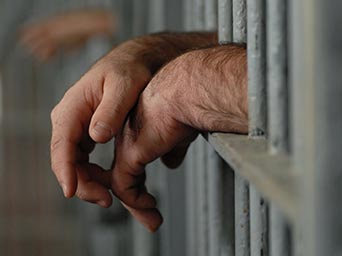 Fear is the Dark Side’s prison for us. Hate ensues the longer we are in their prison. The miracle of freedom occurs when our fears are transmuted into love.

Since the Middle Ages, the Western world has been told to be afraid: Watch out, boy! Them Moooozlums gonna get ya.

In order to provoke enough hate to justify the destruction of a foreign land and its people, the Western world had to be made fearful – very fearful, as fear begets hate. With enough hate, the most egregious crimes on humanity can be held as warranted.

From the High Middle Ages to the Late Middle Ages (and probably before) some sinister force wanted the Arabs dead. It was during this period that several hundred thousand Europeans made the long trek (usually on foot, a few on horses) to the Middle East. The reason for this? To kill Arabs.

Why would Europeans risk their lives, fortune, and creature comforts for such a strange venture? Fear – that calcified into cold, hard, unforgiving hatred.

What did these Europeans fear? Some historians say they feared Islamic conquest. Others tell us it was the propaganda from the Catholic Church that so inflamed Christians to fear and then hate Muslims. At any rate, the fear and subsequent hatred must have been great for so many to have left family, home, and hearth to kill a race of people most of them had never seen.

The Pope encouraged these odysseys, these unilateral wars on mankind, with his plenary indulgences to all those who killed Arabs.

What were these plenary indulgences? Setting aside all mumbo-jumbo, they are ways the Pope can help God’s  soldiers get into heaven.

“Perfect,” many Europeans thought. “I can kill the people I hate and get into heaven for doing it.”

Is it not interesting, that the above is exactly what the Western press and literature has long stated about the Muslim religion?

Today, the Dark Forces that want to kill Arabs are more sophisticated.  They do things like cause the 9/11 tragedy and then blame it on radical Muslims.

Don’t believe me? Search: the over 1,500 Architects and Engineers for 9/11 Truth and learn the anatomy of the greatest deception of our time. Or search the over 800 professors and medical professionals who question the “official” 9/11 investigation.  And please do it before the US government arrests those 2,300, plus, professionals as sinister non-violent extremists, and wipes their testimony off the Internet.

Someone needs to tell those officials that a democracy based on lies and ignorance soon results in a police state.

The 9/11 inside job was used to kickoff our endless war on terrorists, who the media has always portrayed as Arabs.

Our unwarranted attack was called Shock and Awe. It turned the country of Iraq into a radioactive pile of rubble, which killed or sickened millions of Arabs and will continue doing so for eons with radionuclides that have a half-life of about 4.5 billion years.

Then under one pretense or another, the US/NATO forces have bombed one Middle Eastern nation after another, creating huge political, economic, and social vacuums into which has rushed all kinds of destructive chaos.

This wild chaos was just what the Dark Forces ordered, as it has given them the more ammunition to scare the American people. And the resulting hatred has justified more bombings, killings, and maiming of additional Arabs (including millions of innocent men, women, and children), while claiming we are making those counties safe for democracy.

While the US military bombed the Arab nations with life-ending bombs, the US corporate media bombed the American public with scare/hate words.

The most promoted, equipped, and funded Arab terrorist group of them all – ISIS.

Ever wondered where these terrorist groups – like ISIS – get their funding?

The mainstream corporate media claims they smuggle it; they extort it; they skim it. Sometimes they fence it. Or maybe kidnap for it or simply shake people down for it.

So desperate to buy weapons, we are told that ISIS is even selling women as sex slaves.

I suppose if they sold several thousand such women, ISIS (ISIL) might be able to make a small down payment on one second-hand M1A1 SA/M1FEP Battle Tank – minus an instruction manual.

But why not simply steal the money from those slave buyers, if such buyers exist? After all, we are being told how all-powerful ISIS is. So, why the slave-selling bit?

But can those small-time criminal activities really generate the hundreds of millions of dollars it would take for ISIS, or any other terrorist groups, to buy the weapons they have used and are using?

Moreover, from whom have these groups bought their high-powered armaments? Certainly not from the bombed-out and sick Arab countries who don’t even have running water, electricity, food, or indoor plumbing.

Could some superpower be giving weapons to ISIS in order to justify bombing the nations that ISIS has been directed to enter? Say, a country like Syria, where the indigenous people will be targeted instead of ISIS?

At any rate, the barbaric bombings of Arab nations continue, led by a titular US president, who was strangely given a Nobel Peace Prize.

Some dark force is making our world stranger by the day, while turning the United States of America into a police state – using fear and hatred to do so.

Now US government officials are saying that ISIS is planning to kill the families of American soldiers, airmen, sailors, and Marines.

Sadly, most of our homebound TV warriors and military troops are so  impressionable they are likely to accept such ridiculousness as fact without ever asking themselves a couple of simple questions.

How did those desert rats get the names of hundreds of thousands of men and women in our US armed forces? How did they get the home or work addresses of the families of our service personnel, in order to find and kill them?

Are we really expected to believe that the greatest chain of serial murders in history is about to break out all across our very broad country by a bunch of camel drivers from across the world?

What could be the actual reason for our government issuing such an outright absurdity?

It is part of an extensive propaganda program to create enough fear and then hatred to justify massive crimes against humanity led by the United States of America.

So, do not be surprised if the controlled American news media declares that the Ebola virus was developed in an underground Arabic laboratory that went unscathed by US/NATO bombs, in spite of all the American nuclear bunker busters dropped all over the Middle East.

We can also expect a long parade of warnings about how ISIS may have stolen some nuclear bombs. If ISIS ever obtains such bombs, it will be because some nuclear power gave them away.

Look out, Dude! Arabs who were purposely infected with Ebola are now flying to an airport near you. Each may explode a nuclear bomb in your city.

In a world where psychotropics are linked to insanity, artificial sweeteners are linked to obesity, fluoride is linked to fluorosis and tooth decay, and most sunscreens are linked to skin cancer, the American and NATO organizing, equipping, and funding of terrorist groups in order to kill more Arabs is certainly possible.

The Dark Side continues to tell us … “Watch out, boy, or them mysteriously-funded Moooozlums gonna get ya!” –while the Light of the Divine has long told us …”Love and fear do not coexist. A wrathful God is no god at all, for God is love.”