Ukraine Democracy is a $3 bill

The Ukraine vote is in and Poroshenko the candy king has won again, but not by much. He pulled 23% to Yatsenyuk’s 21% — not something that would be considered a general mandate to rule.

They represent two competing factions of what observers are calling “The War Party” (WP), so they have a 44 percent block.

The Svoboda thugs got 6 percent, making the total 50 percent — and although the Right Sector gang missed the 5 percent needed to get Parliament seats, they and the smaller nationalist groups bring the total WP to 55 percent, which is a good-sized block in a very fractured political arena.

The communists, those that weren’t run out of the country, were only able to muster 8% — all that has survived the open political terrorism inflicted on, not only their candidates but, the lessor office holders. Someone gave the nod to start beating them up and stuffing them into trash cans — what I would call “Lynching Lite”… Kiev’s Neo-Democracy. Of course the Western democracy pretenders never objected to that purge, which makes their claims to democratic principles a counterfeit $3 bill.

Julia Tymoshenko beat the communists by one point at 9%, so her numbers would give the WP almost a two-thirds majority. I put her in the WP because of her infamous intercepted phone call stating that she wanted to nuke all the ethnic-Russians in East Ukraine.

She found 9% of the voters who agree with her. Those are some pretty solid WP credentials.

That is why the US spent $5 billion of American taxpayer money destabilizing Ukraine. You really can turn a country upside down, especially one with old ethnic grudges — and with the help of Chechen snipers brought in from the US terrorist training camps in the Republic of Georgia, set up during the Saakashvili-Bush years. NEO’s Henry Kamens has covered it very well for us, and at great risk. The story is censored from US media.

The 3 million people in the breakaway Republics were not able to complicate this mêlée of competing party factions by having their votes weigh in.

Instead of sending them ballots, which they did not want anyway, as they are having their own elections in early November, Kiev has sent them artillery shelling, GRAD rocket attacks, and ballistic missiles.

Poroshenko has shown that he does not know that real democracies don’t do this to their political opponents. It is considered a serious electoral infraction all over the world.

It makes working out a compromise impossible when you are killing innocent civilians. But then again, that is why the Candy Fox might be doing it.

During the ceasefire, he has been working at full speed with Western military support to get the army ready to attack the Republics again — next time the Russians invade with their stealth armor and invisible soldiers that the satellites never seem to find.

The 2.3 million in Crimea are gone also, and you can see the West and EU are not as unhappy about that as they had first claimed. It does take some time to connect the dots. While they claim their interest is reconciliation, there was no visible effort from the US or EU to avoid the carnage that took place.

It actually worked for them as a stage for their endless claims of a Russian invasion; and yet with all the spy satellites and communication interception, the US has never put proof on the table at the UN. I guess the Cuban missile crisis U-2 photo bombshell at the UN is not to be repeated… because we don’t have the proof this time. It put wind in the sails of their “Good Ship NATO”, now corrupted into an offensive force from its defensive mandate. NATO is a $3 bill, too.

Let’s turn now to the government reactions. Outgoing European Council president Barroso and the incoming Van Rompuy are calling on the winners to unite the country as the only way to face the horrible financial situation.

It seems they would like to see some possibility of getting their Ukrainian loans back, and not have them be a time-bomb to trigger another bank collapse. But I don’t remember hearing either of these men calling for Kiev to stop the attack on the Republics and to begin negotiating. They are both $3 bills.

Billions of dollars have been wasted in a fruitless war — “Tymoshenko lite”. This money was desperately needed to kickstart the economy, beginning with energy predictability and security.

What world leaders — besides the Russians — would dare say how different things would be now if that money had gone toward paying off the gas bills, and how much easier a political settlement would be with the country facing an economic black hole. 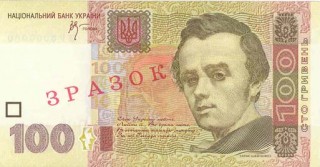 Ukraine’s hryvnia has lost 40% of its value by floating it at the EU’s insistence. Those who moved their money out of the country of course have profited. They can come back now and buy depressed property at a deep discount, which I suspect will get deeper.

The EU is looking for someone (a patsy) to guarantee the Ukraine gas bill to get the Russians to turn the tap on, but I fear there is no one that stupid on the planet.

And anyone who tries would have to compete with another goose-egg deal, the 25 “stressed” EU banks that will be looking for $31 billion dollars in additional capital to cover expected losses. It will take one hell of a salesman to close that deal!

Obama, as expected, went overboard with his language. His “an important milestone in Ukraine’s democratic development” was an embarrassment to traditional Americans. This is very much the same Ukrainian government that has refused to turn over its air traffic control tapes and evidence to the MH-17, impeding the investigation of a crime against humanity for which Kiev is the only suspect at this time.

Does Obama think that Kiev’s killing those 300 people and getting away with it is “an important milestone”? Obama is a $3 bill on this. Dear Mr. President, the Kiev government should be on trial at Nuremberg. But that said, a lot of Americans — everyone involved in creating the state-sponsored terrorism machine built with hard-earned taxpayer dollars — should be in the dock with them for all the murders they have committed in Syria and other places.

This is all still going to be on your tab, sir, when you leave office. And worse, you will have not only carried on a horrible precedent cranked up by the Bush gangsters, but expanded it into the use of terrorist armies as an instrument of American policy. For that… history is not going to be nice to you, despite the good things you have done.

And in that regard, thank you for snubbing the Israeli Minister of Military Affairs General Moshe Ya’alon last week by not having Whitehouse or State Department people meet with him. It was a fitting snub not only for his harsh criticisms of American peace pressures on Israel, but because he is the new Butcher of Gaza.

Ya’alon, of course, does not care. And you seem that way also, content to let the Syrian slaughter go on when you should have thrown in the “dump Assad” towel, and brought the Syrian Army into the coalition. That would have pushed the odds of destroying ISIL into the probable win, if you could cut off those retreating from reaching their bases in Turkey. Yes, we do know sir. We know a lot of things, which is why we are so perplexed.