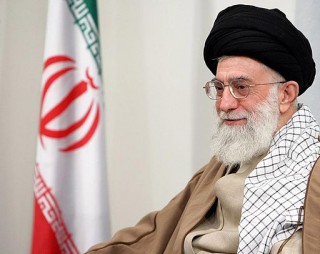 There’s an article on the Fox News site this morning entitled “Source Says Reported Letter from Obama to Ayatollah F***s Up Everything.”

It quotes a pre-election article from the Wall Street Journal that Obama secretly wrote Ayatollah Khameni in mid-October stressing that any cooperation on dealing with the Islamic State, or ISIS, was tied to Iran striking a deal over its nuclear program. The U.S., Iran and other negotiators are facing a Nov. 24 deadline for such a deal.

The congressional source told Fox News that the letter would upset the inroads they’ve tried to make with “the Sunni league,” noting that the president should have informed Congress of this back-channel if it was in fact going on.

“This f***s up everything,” the source said.

Just to clarify “the Sunni league” refers to the despotic dictatorships in Saudi Arabia and Qatar that stone people for blasphemy and behead even more people than ISIS. And which have been the primary funders and arms suppliers for ISIS and the jihadist mercenaries attempting to overthrow Syrian president Bashar al-Assad.

Republican Sens. John McCain of Arizona and Lindsey Graham of South Carolina issued a joint statement Thursday night saying it was “outrageous that, while the cries of moderate Syrian forces for greater U.S. assistance fall on deaf ears in the White House, President Obama is apparently urging Ayatollah Khamenei to join the fight against ISIS.”

The move will also anger AIPAC, the powerful pro-Israeli lobby group. Israel seems really keen on provoking an all-out war between the US and Iran.

It’s gratifying to see the President show some backbone. The move, in my view, is long overdue.