[ Editor’s note: Viktor Titov brings us his analysis of the recent “trained in Syria” Sunni terrorists coming home to Saudi Arabia to shoot Shias down in cold blood with no coalition drones and fighter bombers to worry about.

The Royal Family’s security people rounded the killers up quickly and all has been hush hush since the attack, particularly the name of the hit team leader.

As Viktor points out below, Western coverage of this major turn of events was zilch. That good ole controlled media sure does come in handy if you want to bury an event or help people forget that it ever happened.

I disagree with Viktor that beheading the Sunni murders will bring hordes of ISIL trained Sunnis over the Saudi border to replace Mr. Assad as the main target. If anyone understands the utility of head chopping it is the ISIL and Al Nusra gang.

But Saudi security can control their borders quite well. We will not see a situation like we had in Iraq with convoys of Toyota Technicals crossing hundreds of kilometers of open ground without “interference” of any kind.

Can there be bombings and small attacks? Sure…and you would see some major roundups by Saudi security, as they don’t wait for you to attack them…they come to you to speed up the process. Those captured will be roughly treated as I am sure this first batch is getting to know.

But I do agree with Viktor that this terror coming home to Poppa had just been a matter of time. When you keep major terror operations like this going on for year after year, that they would spin out of control eventually is certainly a bet I would have made.

And we did that here at VT, warning of what we saw as a given…that the disease would mutate from whatever control the Western handlers temporarily had over their terror spawn, and bite the hand that fed them. Nobody listened, but at least they know we were right. That is still something…right?…or maybe it isn’t… Jim W. Dean ] 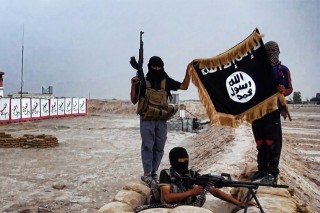 Saudi Arabia has recently witnessed the aggression that should have happened sooner or later due to its short-sighted policy in Syria, Iraq and Iran. As an old saying goes: “If you dig a hole for others, you’re sure to fall in it yourself.”

A few days ago the Saudi town of al-Dalwa, situated in the oil-rich Eastern Province, suffered an attack of a group of armed Sunni terrorists, which resulted in seven civilian deaths. Most of the attackers were citizens of the kingdom.

The prompt response of the local security forces allowed the servicemen to detain 20 members of an underground terrorist group, consisting mainly of those who had previously fought under the black banner of ISIL in Iraq and Syria.

Law enforcement agencies of Saudi Arabia have managed to capture the head of the armed group, his name is kept secret. The only information that has become available to journalists is that this commander has recently returned from Syria where he was fighting against the pro-Assad forces.

Riyadh is now facing a harsh dilemma: on the one hand, the House of Saud is actively oppressing its Shia citizens, on the pretext of their disloyalty and their alleged attempts to undermine the national security of the kingdom due to the “evil Iranian influence.”

On the other – Sunni terrorists, that Saudi Arabia is fighting today along side its closest ally – the US, have assaulted Shia civilians on the Saudi soil, and the latter were virtually enjoying the same rights as the rest of the population, including the right for protection. It is now official: Saudi citizens motivated by religious hatred are committing manslaughter of their fellow citizens.

The only question is how Riyadh may react when the Sunni terrorists that it trained and funded will unleash a wave of terror against the Shia population of KSA (Kingdom Saudi Arabia)? A similar course of events has already taken place in the neighboring Bahrain back in 2011, but Saudi regular troops were fast to cross the border in an attempt to prevent the violence from spreading.

It is no coincidence that the events in the city of al-Dalwa are completely ignored by the international media.

Should this fact become widely known, then the Saudi authorities will be forced to recognize the threat ISIL poses to Saudi Arabia, along with acknowledging the underlying instability of Saudi society that can endanger the ruling Wahhabi regime.

Now that the Shia population of the Eastern Province is buzzing with discontent, the House of Saud has found itself in a tight corner.

Should the authorities fail to prosecute terrorists, a violent unrest of the Shia population, similar the one that shook Saudi Arabia in 2011 -2012 in the wake of the above mentioned events in Bahrain, will be quick to follow. But if the terrorists are to be punished to the fullest extent of the Sharia law, then the Wahhabis and Salafis will accuse the royal family of “betrayal” of the Sunnis.

This course of events will end no better, with a massive wave of violent terrorist attacks, carried out by ISIL militants all across Saudi Arabia. Now that ISIL thugs have faced harsh resistance in Syria and Iraq, they will be eager to move south to start a “sacred struggle against the corrupt pro-American reign of Al Saud family”. As for the Iraqi Shia population, they can only welcome this U-turn in their ongoing struggle against Islamists.

It is possible that the indignation of the Saudi Shia population of the Eastern Province will find some form of support in Tehran and Baghdad. This means that the fate of the kingdom’s territorial integrity will be put to the test. The nightmares of the Saudi ruling family seems to be coming true — Saudi Arabia can be split into several parts, which were joined together to create the kingdom back in 1929. This trend can be accelerated by the fact that a couple of weeks ago the Shia Houthis rebels seized power in Yemen, on the south-western borders of KSA.

When Riyadh joined the US “anti-terrorist” coalition back in October, along with a number of NATO and GCC countries, political analysts predicted the imminent revenge of ISIL.

So the events of November 4 may only be the first steps. On top of all, Saudi authorities have yielded to the US demands of dumping oil prices in an attempt to undermine Russia’s economy. This led to the narrowing scope of social initiatives being implemented in the Kingdom, since money has suddenly become scarce in the royal treasury.

By agreeing to support the US global ambitions, the House of Saud has clearly shot itself in the foot — especially now that Washington has displayed its willingness to sign an agreement on Iran’s nuclear program in two weeks time.

This step will force Saudi Arabia to kiss its oil monopoly goodbye, along with its role as main strategic partner of the US in the region. At this point, Riyadh couldn’t care less about the US military adventures in Iraq and Syria, it is going to try to save its skin.

It is clear that the coming days will put the Al-Saud dynasty’s survival skills to the test. Should the KSA authorities fail to keep the situation in the Eastern Province under control — the kingdom is doomed. With each passing day, the Shiite arc becomes more evident on the political horizon of the Middle East, just like the US miscalculations.

Each time Washington tries to project its influence in the region, Arab regimes begin to crumble and fall apart. One can recall the revolutions in Egypt, Libya, Yemen, along with the civil wars in Syria and Iraq to illustrate this statement.

It is now safe to say that Obama has screwed everything up again by putting America’s strategic partner in danger. It seems that the defeat in the US midterm elections was a failure, yet he never ceases to surprise his followers. It is unlikely that the Republicans will be fascinated by the sight of Saudi Arabia going down in flames.