Home Investigations 9/11 was ‘mother of all false flag attacks’ 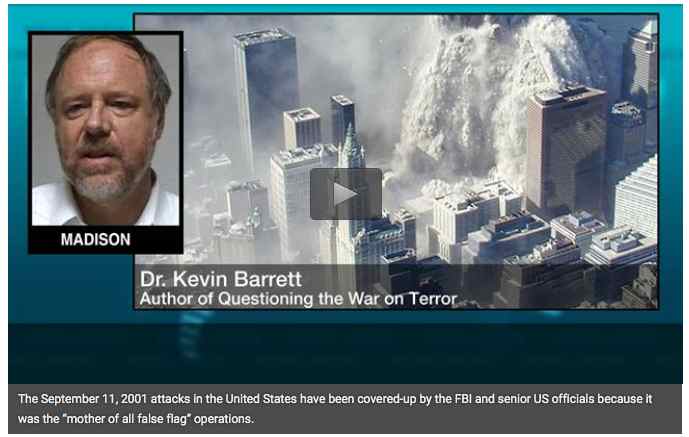 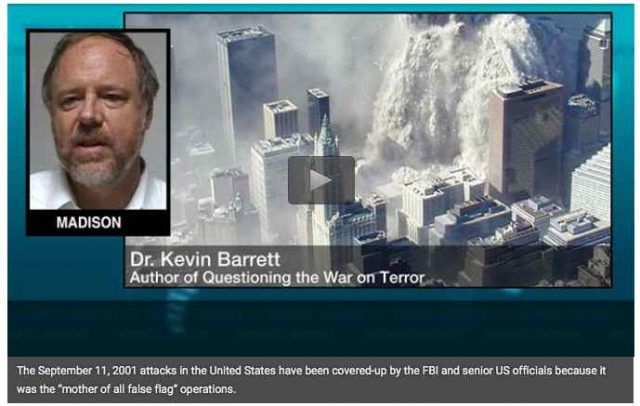 The September 11, 2001 attacks in the United States have been covered-up by the FBI and senior US officials because it was the “mother of all false flag” operations, an American scholar in Wisconsin says.

“If people start looking hard at 9/11, the whole story is going to unravel and its going to be exposed as the mother of all false flag attacks and the most spectacular act of deception in human history and the FBI has been charged with covering it up,” said Dr. Kevin Barrett, a founding member of the Muslim-Jewish-Christian Alliance.

The 9/11 attacks were designed to deceive in such a way that the operations appear as though they were carried out by Saudi Arabia(n patsies), whereas senior US officials directly participated in the operation, Barrett told Press TV on Tuesday.

The so-called al-Qaeda terrorists who allegedly hijacked four planes and crashed them on September 11 were just “patsies who were falsely blamed for 9/11, they were set-up,” Dr. Barrett noted.

The September, 11, 2001 attacks, also known as the 9/11 attacks, were a series of strikes in the US which killed nearly 3,000 people and caused about $10 billion worth of property and infrastructure damage.

US officials assert that the attacks were carried out by al-Qaeda terrorists but many experts have raised questions about the official account.

A special review commission on 9/11 has found that disagreements still persist within the FBI over whether there was a broader conspiracy in the US to carry out the 2001 attacks.

Aspects of the continuing inquiry, which is the largest in FBI history, suggests that others inside the US had advance knowledge of the operation and supported the [alleged] suicide hijackers [who were not even on the planes].