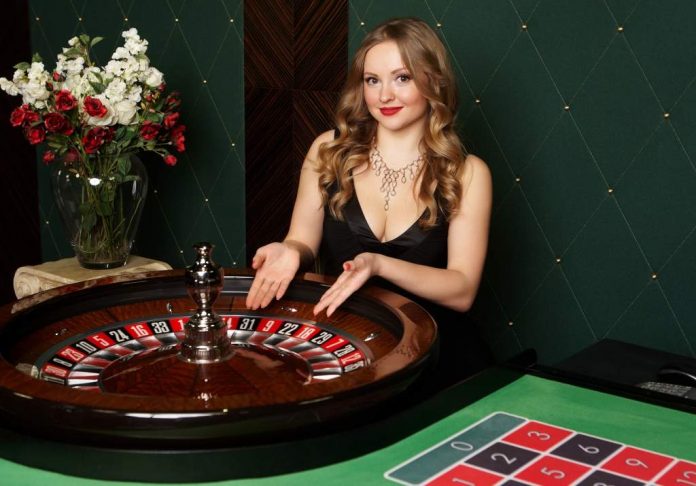 I don’t often get shocked in this business anymore, but Obama’s first Arab publication interview with the Ashraq Al-Awsat newspaper did the trick. 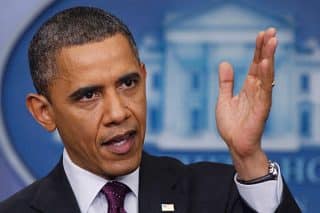 We took a giant leap from Iran finally being taken off the terrorism list as part of the nuclear talks progression, to being put back on it in what cannot have been an off the cuff remark.

“Iran clearly engages in dangerous and destabilizing behavior in different countries across the region. Iran is a state sponsor of terrorism,” he told the newspaper. But he got worse.

He used an old Israeli trick, accusing a target of doing what you are doing to them… destabilization with a twist of terrorism thrown in. Iran he says is supporting violent proxies in the region.

I had to pinch myself to make sure it was all not just a bad dream. Here we have the US through the CIA, along with the Saudis and Qatar funding, training and supplying entire terrorist armies in both Syria and Iraq, and he has the gall to call Iran a state sponsor of terror. You just can’t make this stuff up.

And if you want a quick study in the history of America using Islamic terror over several decades, go to William Engdahl’s NEO archive and read his excellent piece, What if Putin is telling the truth. 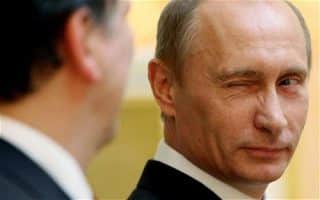 Here is one quote from it, “The Saudi- and CIA-financed Islamic International Brigade was responsible not only for terror in Chechnya. They carried out the October 2002 Moscow Dubrovka Theatre hostage seizure, and the gruesome September 2004 Beslan school massacre.”

For an American president after the first daddy Bush years to call Iran a state sponsor of terror is an outrage, when the victims of American and Saudi terror are hard to count. But the Brits, Israelis, Turks and the French all get honorable mentions.

The Obama staff people that pitched this brain dead idea should be shot, to remove them from the geopolitical gene pool. But statements like this are usually vetted by top people like the chief of staff and the national security advisor, and the top people at the State Department. They can’t all be crazy on the same day.

A lot of damage has been done here at a critical time in the nuclear talks. Allow me to explain. Iran has rightfully been concerned about a step by step removing of the sanctions with the stated reason being the US wants to monitor compliance.

Iran had been pushing to keep the IAEA in that role, allowing expanded inspections. Meanwhile, back at the Zionist ranch, nuclear-tipped Israel gets to keep its position of no inspections at all.

Of course Iran’s concern is that the US could use this process to bail out of the agreement anytime it wanted by arbitrarily declaring Iran not in compliance. One example would be if the Republicans won the White House in 2016 and that loophole was open to them, would they wreck all the hard work of the agreement for their Israeli friends?

They would do so in a New York minute. Iran has not been assassinating American nuclear scientists, or hacking our nuclear facilities in a way that could cause a nuclear accident.

If someone were to want that done here they would hire the Israelis to do it, as they have a long history of not being prosecuted for espionage here.

Obama is not alone in the shame blame. Congress is just tripping over itself, with one foreign policy humiliation after another. Bibi Netanyahu had them jumping around like the trained seal show at the circus.

Our media has rolled over on the terror scams, by not fully reporting what we do, and suppressing real stories like Iran’s 17,000 terror victims, 12,000 of them murdered by the US and Israeli-sponsored MEK.

And there has been no public outcry about our foreign offensive quiver of color revolutions, regime change subversions, and false flag terror attacks, which have exposed innocent Americans to retaliation attacks. In fact, it seems that encouraging retaliation attacks is viewed as providing cover for our own offense.

Our own 9-11 was a glaring example of that. It kicked off a lightening speed removal of basic American freedoms, and a War on Terror that turned into a War OF Terror, including the looting of America by deficit financing in what turned out to be a war on America’s standard of living and future, an ongoing financial terror attack on our pocketbooks.

I have serious concerns over the US’ sincerity in decreasing Iran tensions, especially with this recent Obama political gaff. It was followed by some of the Camp David announcements, as in the US move to put a missile shield up in the Gulf States.

Last I heard they have been buying Patriot missiles for a long time. And if Israel went totally crazy — which all of us understand is certainly possible in Bibi-land — and launched a preemptive strike on Iran, and Iran retaliated, is the Gulf State missile shield really to protect Israel?

The most astounding statement involved selling the UAE “ground to ground missiles”. That would make the UAE a trip-wire offensive threat to Iran. Are the Gulf States being set up to be magnets for Iranian missiles if a shooting war ever developed so US targets would merely be one of many?

Why is it that the Russians are always talking about mutually assured security as a goal when the West, especially the US and Israel, like the preemptive strike doctrine on a target that has no retaliation capability? What country would voluntarily submit to that? Not Russia or China or Iran… and maybe not India, either.

When the West uses the term peace, it seems to mean, “We want to cool things off for a bit until we can find another way to nail you.” We heard the current version of this from the EU on keeping the Russian sanctions in place until the Minsk accords are fulfilled. Not a word was mentioned about Kiev’s troops now shelling civilian areas in Donetsk.

Sure, when Porky Poroshenko made the incredible statement that he wanted to retake the Donetsk airport to rebuild it and put up a monument to all the brave Ukrainian troops who were killed there, John Kerry had to spank him publicly for that. 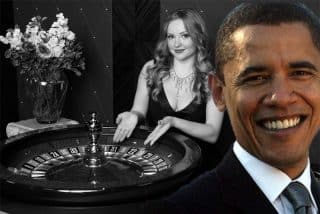 Missed in what was considered a magnanimous, statesmanlike comment from Kerry is that he has never denounced Kiev for its numerous ceasefire violations. Does he think we don’t notice that his saying nothing means America is okay with the violations?

Both the US and EU are playing their respective publics for fools with this “We’ll just blame the Russians for a failed deal.”

While the fools in the West are pretending they are in the driver’s seat, Eurasia has observed their sordid behavior and is building another Great Wall against financial sanctions as fast as they can.

They are also planning mega infrastructure projects to develop their region independently of the West. Maybe what the West doesn’t really like about them is their anti-colonialist attitude. God bless them all for that — and hopefully the rest of us should take a lesson, as we are increasingly being treated like colonial subjects in our own countries.