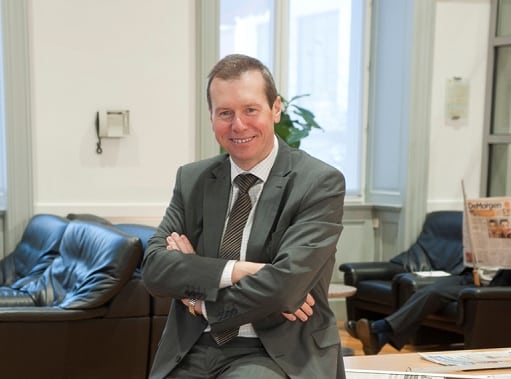 Syria officially lambasted the decision of the Council of the European Union (EU) to extend the unilaterally-imposed restrictive measures against it for another year, labeling them as “unfair and “detrimental” to the Syrian people in their livelihood and well-being.

An official source at the Foreign and Expatriates Ministry said “The decision reveals unequivocally that the EU is an “accomplice to the conspiracy against Syria,”

The Council of the European Union extended last Thursday sanctions it has gradually imposed on Syria since 2011, which have worked in favor of the terrorists operating in Syria, and are aimed at pressuring the Syrian government and people into changing their position.

This complicity is evident in some of the EU’s member states that provide all forms of support, including armament, to the terrorist groups, the source added.

Other evidence of this complicity, is the attempts by those states to frustrate the initiatives and efforts seeking a settlement to the Syrian crisis, the source explained.

The European sanctions have covered almost every vital Syrian sector, including health, oil, electricity, food, and furthermore, aggravated the suffering of the Syrian people.

The source appealed to “the free voices” within the EU, which have openly expressed their annoyance at France and Britain, in terms of implicating the latters in policies that are against the EU’s interests.”

These “free voices,” must put an end to these “wrong policies” that give up principles and values in favor of their advocates’ colonialist ambitions and the material interests they share with the oil-rich Gulf monarchies, the source said.

The source regards the EU irresponsible approach as “a serious threat” to security, stability and peace, not just in Syria and the Region, but also in Europe, warning that the cycle of violence will not spare their heartlands as well.

In this context, Frank Creyelman, Honorary Senator and member of the Flemish Parliament said “ The EU continues to focus on sanctions against persons and organizations that support Syrian President Bashar Al Assad government.

“even though that most Europeans recently noticed that the real atrocities are committed by ISIS, the EU representatives turn a deaf ear and a blind eye to the US strategy which want to topple Assad government, with the help of the most brutal terrorist group the world has ever seen,” Creyelman added.

“The EU welcomes the efforts made by Lebanon, Jordan and Turkey for the Syrian refugees, citing that Turkey is part of the problem, not the solution.

“The Erdogan regime effectively render logistic support to the terrorist groups by opening its borders, so they can going back and forth to Syria at will,” he affirmed. “The terrorist volunteers are trained on Turkish soil. That is a known and proven fact, but the EU doesn’t want to see it,” the Flemish Senator said.

“ISIS controls a huge percentage of the Syrian oil and this oil finds its way to the international market. How can that be? Are they moving the oil in thin, invisible tanks on monkeys?,” he wondered. “How can the EU ban building an energy plant? What has this to do with the ongoing war? The plant will only serve the interest of the common Syrians,” he went on by saying.

“The EU follows blindly the geopolitical interests of the US with their ‘democratic’ allies Saudi Arabia and Qatar, and the EU behaves exactly the same as it did in the Ukrain crisis,” Creyelman said.

Creyelman said that Europeans see a US dominated Middle East sliding off to a widespread anarchy, violence and a religion-based extremism, noting that right wing European parties warned their communities against US geopolitical agenda.”

“These ordinary Europeans are now voting for these Parties in France, Holland, Belgium, Austria and Scandinavia, hoping that the EU policy may change in the long-run,” he concluded.