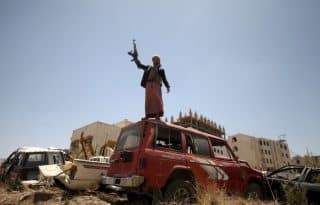 In the wake of the widely “alleged” nuclear explosion in Yemen and the curious lack of attention to this event in some circles, we have turned to the Nuclear Non-Proliferation community for a view of recent events.

There is a special cynicism there few can imagine, nuclear investigators under orders to hide threats, invent threats and stay silent about crimes, even those that threaten millions of lives.

Some will note as when you get nuclear weapons folks together, the “chatter” can go excessively technical. There is a good side to this in some ways. This will be the only discussion, though carefully edited, of 5th generation nuclear weapons ever in print. It is one thing, to “talk the talk” and quite something different to be able to “walk the walk.”

Jeff Smith is an editor at Veterans Today, a nuclear physicist and former inspector for the International Atomic Energy Agency. I asked Jeff about his take on the reports of a nuclear attack on Yemen in May 2015:

“The governments involved already know and so does the media. This is why I left government. It is all corrupt. No one will take on the USA, Saudi and Israel at the same time. It’s bad for your career. In the media they are presumed to be the good guys and Yemenite’s are presumed to be nothing but a bunch of radicalized junk yard dogs.”

There are some very subtle movements going on in the background due to the Yemen attack. It’s called backlash or blow back. Remember, there is always more than one way to skin a rat and it’s easier to electrocute a dry rat than a wet rat. (Ben Franklin) 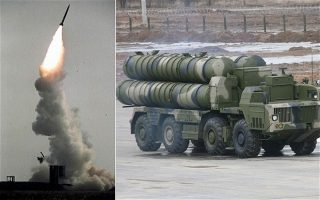 Putin is a master chess player, he is always at least 100 moves ahead of his opponents. He is not a stupid man. He is a master spy. He knows how to play this game very well. He will wait before he plays his cards. So will the Iranians and the Chinese. However, privately they are already making moves.

You will see Hezbollah, Iraq, Yemen and Syria all armed with the latest portable anti-tank and anti-aircraft missiles etc., just like we did in Afghanistan back in the 80’s.

Events will happen at the diplomatic level that we will never know about. Wait to see what happens with the Iranian P-5 talks and on Palestinian statehood in September at the UN.

By dropping this nuke on Yemen, Israel secretly declared itself to be a Rogue Nuclear Power and everybody knows it. Nutty Netin Yahoo finally lit the matches and went too far. The crazies finally got out of the basement. Israel claimed that they would never be the first to use nukes in the Middle East. So much for that lie.

Japan will now go full steam ahead on being a major independent nuclear power. They hold over 80 tons of surplus US made Pu (plutonium) in their stores making them the world’s third largest nuclear power. It will only take them less than a year to weaponize using 5th generation implosion techniques. Other countries will simply buy them or trade for them ETC. No one will leave home without one.

You can kiss Nuclear Non-Proliferation goodbye because of this. The IAEA will go the way the League of Nations did — down the toilet al Qaeda style.

Anyone with a nuclear power reactor and the know how will start making small tactical nukes from 87% grade reactor fuel using 5th generation implosion designs. The new design simply uses several sub-critical solid spears of plutonium that are crushed together under two point compression to make effective nuclear detonation.

It requires almost no hydrodynamic testing to design and build one. You simply put two or more sub critical spears of Pu side by side that are safety plated (silver plated) to prevent oxidation, etc, and compress them into one solid super-critical mass with the proper neutron tamper reflector to contain the explosion and BANG. It works every time.

If you can hold it together for 58 or more Shakes and .63 microseconds you have a usable weapon. A Shake is one neutron chain reaction. (Old school stuff).

Basically it looks like a bunch of BB’s stacked together in a can with explosives attached to each end. (Imagine 3 cheese balls being squished together into one bigger cheese ball.) The casing and compression pistons are made of tungsten carbide or heavy steel. DT (deuterium) or lithium 6 boosting is optional.

Pu can simply be cast molded after melting and proper cooling in an RF induction furnace. Any Pu over 87% purity will work with this design.

Proper doping of the Pu will improve compression and yield efficiency. Pu 240/241 buildup is not a problem. The UK did this test in Australia back in 1953 proving that it works:

“Operation Totem was a pair of British atmospheric nuclear tests which took place at Emu Field, South Australia on 15 October 1953. They followed the Operation Hurricane test of the first British atomic bomb, which had taken place at the Montebello Islands a year previously.

The main purpose of the Totem trial was to determine the acceptable limit on the amount of plutonium-240 which could be present in a bomb. The plutonium used in the original Hurricane device was produced in a nuclear reactor at Windscale.”

The other advantage of this design is in its ability to use recycled Pu from surplus US-made pits. Almost any Pu from any pit can be used or mixed together in this design without overheating or a spontaneous chain reaction occurring due to different rates of nuclear decay. (All pits have different rates of neutron activity that normally would prevent mixing of the Pu fuel with another pit). This is because each spear of Pu is kept separated from each other until final assembly into a critical mass has been achieved.

This greatly prevents pre-detonation or a fissile event from occurring so long as compression velocity is kept high enough. See clandestine implosion test photo of a 5th generation micro nuke or trigger, as they are usually called “conducted by an unnamed Middle Eastern country”. You know who???

If the US DoD were to adopt this design into a new generation of weapons, it would allow for the 100% recycling of older non usable nuclear pits into new tactical nuclear weapons of high efficiency and clean burn. It would simply turn 10,000 junk Pu pits into recycled new weapons, with an unboosted yield under 20 Kilotons each.

The cost would be very low and the new Kansas City DOE (Department of Energy) Bendix plant could rapidly churn them out in mass volume, if needed.

Unfortunately congress has blocked funding on this or any new weapons designs from being developed or introduced into the inventory. So it looks like it got “outsourced” to the Dimona team and Israel. How do you spell “The Yemen Nuclear Test District”?

Jeff Smith was one of the first on the scene at 9/11, investigating the origin of the nuclear material used in the detonations of the World Trade Center. His photos of the cauldron under Ground Zero have been published, republished and periodically expunged from the historical record.

There are critical lessons here, other than an inside view into advanced nuclear weapons design. There is little doubt that the US Department of Energy will cringe when reading this.

The weapons Jeff is talking about for Syria and Iraq began arriving today on planes from Russia, including the new Verba system — the finest MANPAD surface to air (man portable) missile system in the world.

With Erdogan’s horrible showing in Turkey’s election, a “sea change” as predicted may be afoot. Then the focus on Eastern Ukraine and the Syrian-Iraqi front will come into perspective as part of a global power realignment.