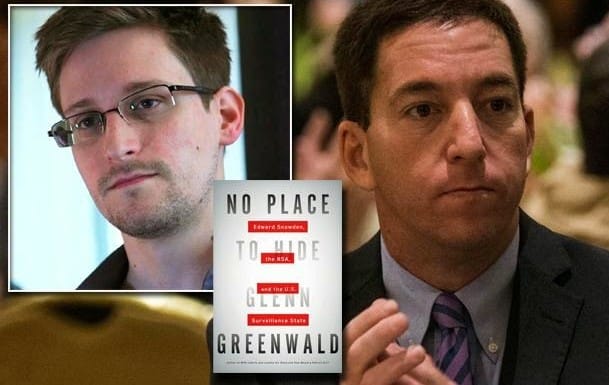 Glenn Greenwald, a US journalist who published the first reports on documents leaked by Edward Snowden, says allegations in the British press that Russian and Chinese spies accessed Snowden’s documents are lies aimed at smearing the whistleblower.

Greenwald, writing in the Intercept, said that reports by the BBC and the Sunday Times that claimed Chinese and Russian intelligence services had access to Snowden’s files is based on the false premise that he kept them.

The Sunday Times cited a UK government source claiming that British agents in Russia and China had to be removed after Beijing and Moscow had gained access to Snowden’s top secret documents.

“We know Russia and China have access to Snowden’s material and will be going through it for years to come, searching for clues to identify potential targets,” an intelligence source told the newspaper.

Greenwald was one of the very first journalists to have met Snowden in 2013 at his hotel in Hong Kong, before the revelations on the US and its allies’ mass spying program were published by the Guardian, the Washington Post and the New York Times.

Greenwald is adamant that once he handed the material over to journalists, Snowden destroyed his own copy.

“Snowden has said unequivocally that when he left Hong Kong, he took no files with him, having given them to the journalists with whom he was working, and then destroying his copy precisely so that it wouldn’t be vulnerable. How, then, could Russia have obtained Snowden’s files as the story claims… if he did not even have physical possession of them? The only way this smear works is if they claim Snowden lied, and that he did in fact have files with him after he left Hong Kong,” Greenwald said.

The Sunday Times also reported that David Miranda had some 58,000 intelligence files on him when he was detained at Heathrow Airport after visiting Edward Snowden in Moscow.

In fact, Miranda had been visiting Laura Poitras in Berlin as media had learned at the time; Miranda told the same thing to the UK authorities. Poitras also met Snowden in Hong Kong and made an Oscar-winning film about him called Citizenfour.

Greenwald called the claims by the Times “an utter lie” and “as of the time he was detained in Heathrow, David had never been to Moscow and had never met Snowden.”

The US journalist said that after this the claim was “quietly deleted” by the Times, although it requires a redaction, as the print version is still out there claiming a falsehood.

Greenwald highlights numerous inconsistences in the Sunday Times piece in what he says is “shoddy, primitive” reporting. The whole article “does nothing other than quote anonymous British officials,” he points out adding that this is convenient because there is no one there to hold accountable if and when their claims turn out be false.

There is also considerable doubt if British officials really knew that British agents were unmasked. Government officials in the UK often accuse both China and Russia of successfully hacking sensitive government databases.