Home Health Veterans Can Get All Of These Prescription Drugs To Treat PTSD, But... 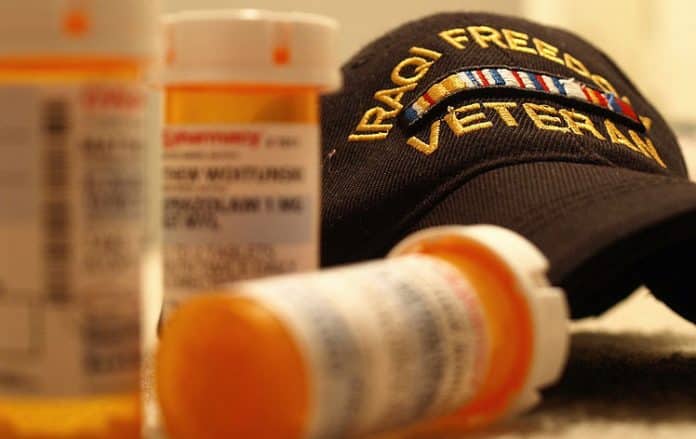 Around the nation, thousands of veterans and active-duty military personnel are waging their own personal battles against post-traumatic stress disorder. Typically triggered by a horrific incident either witnessed or experienced by the person, PTSD comes with a debilitating set of physical and psychological symptoms.

Many service members are hesitant to seek professional help due to the social stigma surrounding mental illness. Those who do are often dosed with an ever-expanding list of prescription drugs, which, paired with therapy, are frequently the first course of action against certain ailments stemming from PTSD.

“It’s a daunting list,” Dr. Sue Sisley, a psychiatrist in Phoenix, told The Huffington Post about the staggering number of medications available for PTSD.

The Department of Veterans Affairs’ national formulary, a catalog of drugs and supplies commonly prescribed by VA doctors overall, contains more than 1,500 items, ranging from gauze pads to many of the medications listed below. Yet it is not comprehensive. VA doctors can prescribe non-formulary drugs to treat PTSD if they feel that previous treatment regimens have been ineffective or harmful. While these medications have been approved by the Food and Drug Administration, that doesn’t mean their specific use as a treatment for PTSD — and particularly combat-related PTSD — is fully understood. Doctors often rely on trial and error to figure out what works for an individual patient.

“When I show this list to our military veterans, they were completely nauseated because they have frequently been the target of so many of these medication trials,” Sisley said.