Home World Gaza is a recurring threat to peace! 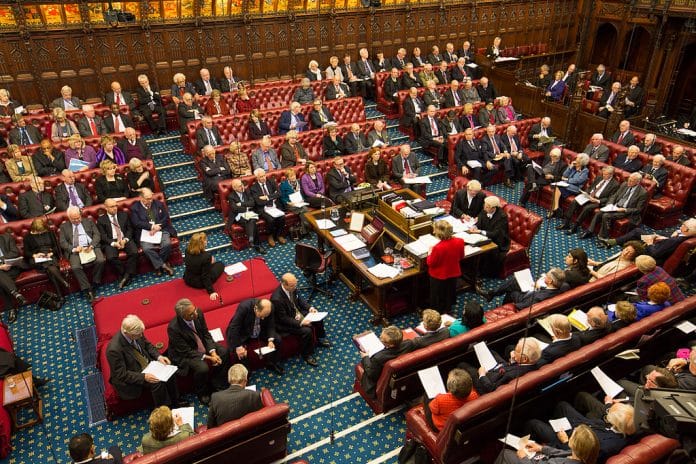 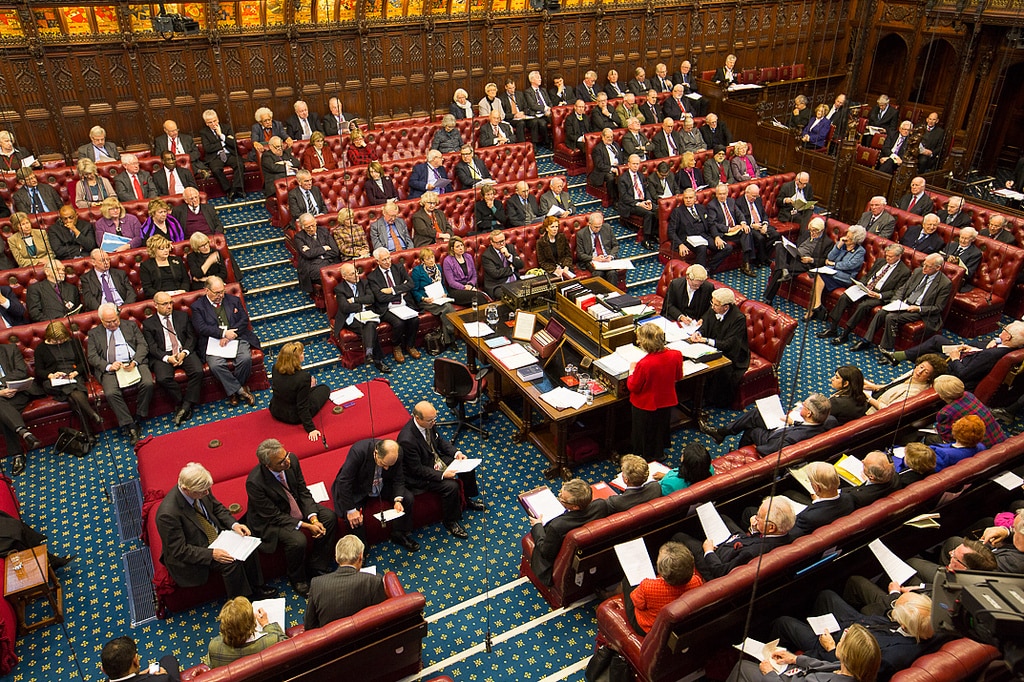 It has no nukes, no navy, no air-force, no tanks, no phosphor bombs, no subs, no guided missiles, no exits, nowhere to run… its people are terrorised, blockaded and exhausted… their homes are rubble… unemployment is the highest in the world and 73% suffer food insecurity… but suddenly

Gaza is ‘a recurring threat to peace’!

This blame-it-on-Gaza bombshell came in the middle of a House of Lords debate on the political situation in the Gaza Strip yesterday.

My Lords, there are five salient facts that ought to come out of any debate about Gaza…. One is that Gaza is clearly a most unpleasant place to live: it is extremely poor and very violent. It is poor partially because of the blockades that have been imposed by both its neighbours, Egypt and Israel, for reasons that may be very understandable.

The second salient fact that has come out and which is certainly recognised all over the world is that Gaza in its present state is a recurring threat to peace in the region. Rockets are continually fired at Israel. After some years, the Israelis inevitably lose their patience…. and intervene militarily. There is nasty military action, obviously with a lot of fatalities.

Obviously. And the casualties (including over 578 children killed and 1,000 permanently disabled) are all on one side. It would be helpful to say why rockets are fired at Israel. But do carry on with your fascinating analysis, noble Lord.

Those two facts are pretty well known. There are three facts about Gaza that are not so well known and which ought to be better known. One is that it is a very nasty, savage tyranny…. Hamas imposes its power by regular use of torture and execution of political opponents: so-called collaborators with the Israelis and so forth.

By mentioning torture, his Lordship reminds me of the grim reports we keep getting about Israel torturing Palestinian child prisoners.

The fourth point that ought to be much better known is one I tried to bring out a few weeks ago at Questions, when I asked the Minister whether Hamas could bring to an end, any day it wanted, the blockade imposed by Israel, simply by accepting the quartet conditions. These, as the House knows, are: the giving up of violence, the recognition of the state of Israel and the acceptance of existing accords, including the Oslo accord. The answer I got was yes, the Hamas regime could, any day it wants, get rid of these blockades. It chooses not to do so.

Israel too could do all of those things but chooses not to. It could, if it had the sense, end its illegal occupation but chooses not to. And why would Palestinians recognise Israel when Israel has said repeatedly that it opposes a Palestinian state? His Lordship’s mention of the Oslo accord, I imagine, is a reference to the then prime minister Ehud Barak’s “generous” offer to the Palestinians. In an earlier speech Lord Davies said that Yasser Arafat, at the Camp David meeting, refused to consider an offer which would have resulted in 97% of the West Bank being handed over to a Palestinian state.

The offer was not what it seemed and the noble Lord was repeating a hasbara propaganda myth. The West Bank and the Gaza Strip, seized by Israel in 1967 and occupied ever since, comprise just 22% of pre-partition Palestine. When the Palestinians signed the Oslo Agreement in 1993 they agreed to accept the measly 22% and recognise Israel within ‘Green Line’ borders (i.e. the 1949 Armistice Line established after the Arab-Israeli War and recognised internationally as the border). Conceding 78% of the land that was originally theirs was an astonishing compromise but not enough for greedy Barak. He demanded the inclusion of 69 Israeli settlements within Palestine’s 22% remnant.

It was plain to see on the map that these settlement blocs would create impossible obstacles to Palestinian life which was already severely disrupted. Barak also insisted the Palestinian territories be placed under “Temporary Israeli Control”, meaning Israeli military and administrative control indefinitely. His generous offer also gave Israel control over all the border crossings of the new Palestinian State. What nation in the world would accept that? The map was never shown publicly, and propaganda spin concealed how preposterous Barak’s offer was.

The following year, at Taba, Barak produced a revised map but it was withdrawn after his election defeat. The facts are well documented by organisations such as Israel’s Gush Shalom, which his Lordship might find enlightening.

Gaza ‘the most subsidised community on earth’

The fifth point, which certainly is not as well known as it ought to be — because it affects the pockets of every taxpayer in this country, apart from anything else — is that this mixture of unpleasantness, tyranny, threat to world peace and denial is being actively subsidised by the international community to the tune of many billions of dollars a year…. this is probably the most subsidised community anywhere on God’s earth. The European Union makes much the biggest contribution to these subsidies, at about €1.6 billion, and the second largest contributor is Qatar, at about $1 billion.

If we are going to go on subsidising the Hamas regime as we do, we have to ask ourselves whether we should introduce an element of conditionality into our relationships with Hamas.

As everyone (except his Lordship) knows, it’s the Israeli occupation that is being subsidised. And Israel is repeatedly destroying infrastructure built with British taxpayers’ money. Left in peace and free to trade with the rest of the world the Palestinians would prosper.

To think that Lord Davies was once a Government defence minister… It’s no surprise to discover that he voted for the Iraq war and travelled to Israel and Palestine in 2008, expenses paid by Labour Friends of Israel and the Israeli Ministry of Foreign Affairs. Or that, as reported in The Mirror, he claimed £10,000 of taxpayers’ money for repairs to window frames at his “second home” – an 18th century mansion.

You’d think that the human condition in the Holy Land, and especially Gaza after Israel’s horrific 50-day onslaught last summer, would bother our senior holy men. But apparently not. Twenty-six Church of England bishops sit in the House of Lords. Only the Bishop of Chester spoke up, thankfully injecting some much needed common sense:

In Gaza the World Bank estimates the per capita income to be 30% lower today than 20 years ago. The contrast just gets greater over time, which sets up a huge instability. I understand all the arguments for a two-state solution…. but will two states so closely linked geographically and yet on such divergent paths easily exist side by side?

What I cannot understand from the Israeli perspective is the settlement programme. It is acknowledged on practically all sides outside Israel that it is both illegal and ill judged. In a certain way it is a parallel to the political mistakes in South Africa, where the South Africans simply dug themselves in and could not see the misjudgment.

How are we to go forward? We have to work with Hamas…. working with it must be the future, difficult though that may be.

As if Lord Davies’ contribution wasn’t dreadful enough, Baroness Anelay of St Johns (Minister of State, Foreign and Commonwealth Office) closed the debat with some silly pokes at Hamas.

We have assessed that Hamas is seeking to rebuild militant infrastructure, including the tunnel network, in Gaza, and we are deeply concerned at reports of militant groups rearming.

What does she expect when the international community still fails to act and Israel continues its raids?

We will recognise the state of Palestine, where Palestinians currently live, only if and when Hamas get to the position whereby it can recognise the right of Israel to exist.

Israel has never defined its borders because it is bent on territorial expansion. The 56% of mandate Palestine allocated to Israel by UN Partition in 1947 was immediately expanded to 78% by Israeli military aggression. The rest of Palestine was taken over in 1967 and remains under the Israeli jackboot. So exactly what are Hamas supposed to ‘recognise’? They have already said they’ll accept a Palestinian state on the pre-1967 Green Line borders, which is exactly in accord with international law.

Our policy on Hamas remains clear: it must renounce violence, recognise Israel and accept previously signed agreements. Hamas must make credible movement towards these conditions, which still remain the benchmark against which its intentions should be judged.

Why? There is no parallel requirement on Israel.

The UK is deeply concerned by the terrible human cost to both sides of the ongoing Israeli-Palestinian conflict, as underlined by the findings of the report. We strongly condemn the indiscriminate firing of rockets into Israel by Hamas and other militant groups in the Gaza Strip.

We therefore welcome the fact that Israel is conducting its own internal investigations into specific incidents. Where there is evidence of wrongdoing those responsible must be held accountable.

The United Kingdom has been one of the largest donors to Gaza since last summer, providing more than £17 million in emergency assistance. I assure the noble Lord, Lord Davies of Stamford, that none of our aid goes to Hamas. It goes via the United Nations relief agency and the Gaza Reconstruction Mechanism…. The UK pledged an additional £20 million…. We have now delivered 80% of that pledge, with more to come shortly.

The British taxpayer, yet again, picks up the tab for the wreckage left behind by Israeli war crimes. It’s a paltry sum considering the Israelis caused damage estimated at $6 billion. If it wasn’t for the rotten windows of Lord Davies’ mansion and his crumbling bell tower we could afford to give more.