Home Investigations Jesus Was A Palestinian: Part 2 – And Jesus Wept 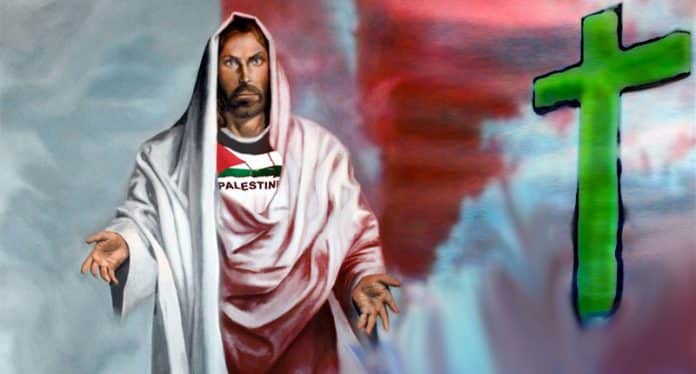 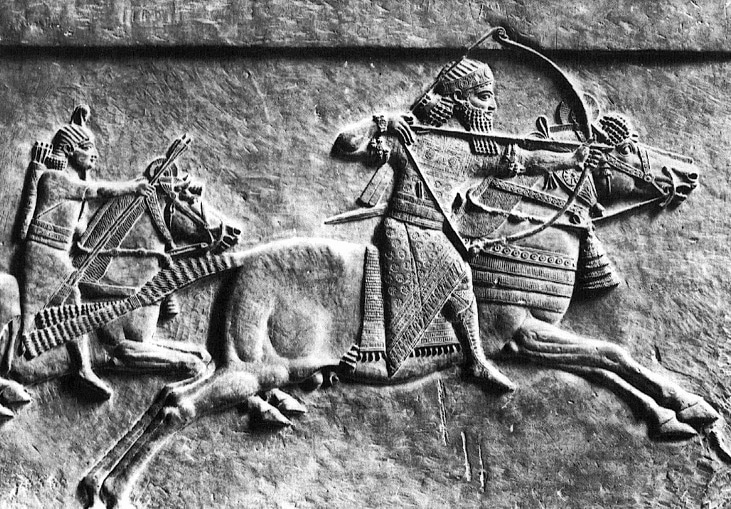 This is a further elaboration on: Jesus Was A Palestinian.The Old Testament reflects the New Testament. There is no inconsistency. No confusion. It is clear. There is no cognitive dissonance. There is no misinterpretation or misunderstanding.

Names and blood lines and essentially the naming of the firstborn. Which is the thread that runs through it all, like an underground stream through time.

Israel-Joseph-Ephraim-Nun- and then Joshua calling on the waters of the Jordan to part and leading the people into the New Kingdom. which was based at Mount Gerizim, Nabulus today. It was here that Joshua dedicated the people to the Law and the Covenant.

One of the most informative books in the Bible often overlooked is the book of Jeremiah. He describes the Assyrian invasion, Israel fleeing into Judah, Judah treating their brothers, the Hebrews as slaves. Then Israel feeling from slavery into Egypt for safety. One of the most important sections in Chapter 31, is:

“I am a father to Israel and Ephraim is my firstborn.”

We are told that the Messiah will be called from out of Egypt. So the Messiah has to come out of Egypt. After the Assyrian invasion in 700 B.C Israel returns from Egypt and by 400 B.C has re settled in the same area, the Northern Kingdom of Samaria and Galilee. In the Gospels Joseph, Mary and Jesus flee to Egypt to escape persecution, and then return to Israel, to Nazareth in Galilee. Jesus is named after Joshua, a bloodline going back to Ephraim the firstborn. The son of God. Confirmed in Jeremiah 31 and Genesis. He is from the tribe of Joseph. He comes from the Northern Kingdom. Joshua established the Kingdom of Israel in the Old Testament and Jesus/Yeshua/Joshua comes to establish the New Kingdom in the New Testament. 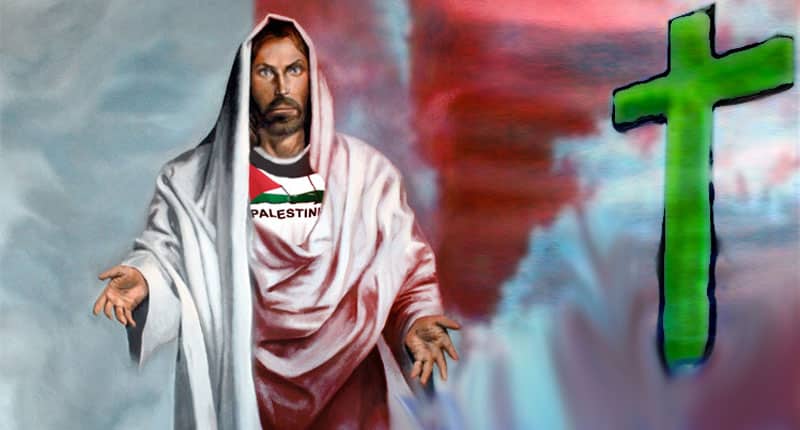 Jesus is called the Shepherd and the corner-stone which the builders rejected. Cross check back to Genesis: Genesis 49 24. Joseph is called: the Shepherd , the stone of Israel. Joseph was rejected by his brothers. Judah sold him into slavery into Egypt. With the Assyrian invasion, the Hebrews fleeing south were treated as slaves by Judah, they escaped to Egypt. In the New Testament, Herod the Great, King of Judea orders the massacre of the innocents and Mary, Joseph and Jesus flee to Egypt. The corner-stone is rejected.

In Genesis 26 Joseph wears the crown. Associated with Kingship. In the New Testament Jesus is called a King. He is tempted in the desert with all the kingdoms of the world by the devil. He turns the devil down. By accepting such an offer, he would be breaking the Covenant and the first commandment which was instituted by his ancestor, Joshua. see 1 Samuel 8. So Jesus is a King of Israel but is not a king.

Jesus is not the King of the Jews. Ever. He is the Shepherd of Israel, the corner-stone which was rejected, he wears the crown of Joseph, in this case a crown of thorns, and he is mocked by his brothers as Judah mocked Joseph and sold him into slavery and during the Assyrian invasion the fleeing tribes of the Northern Kingdom of Israel were mocked and treated as slaves by the tribe of Judah.

Historically examples of the equivalent can be found in the massacre of the Samaritans by Pilate and Caiaphas in 34 A.D and in the story of Theudas,  who in 44 A.D. led his followers to the river Jordan and like Joshua before him, wants to part the water and lead them into the New Kingdom and re-establish Israel as Joshua had done. Theudas is beheaded and James and John Zebadee are crucified. In real time these Northern tribes were trying to prove their right to return and self enfranchisement. This created conflict between the Judaic Herodian Monarchy and the Sadducee Priesthood in Jerusalem and the Northern tribes found amongst the Samaritans, the Galileans and the Essenes. As far as the Herods, the Sadducees and the Pharisees were concerned, these Ten Tribes were “lost.” And all the territory of Judea, Samaria and Galilee now belonged to them. Today we see the same situation playing out in Israel, with the same persecution.

Unless you decide to called Jesus the son of David and the King of the Jews, tamper with the texts and insert a line of decent to David, Judah and Adam, and blame the Romans for his death. Then you can create a diversion. If you mix these images up into one story, in the same way we have Genesis 1 and Genesis 2, there is never any clarity, there is always inconsistency, there is always cognitive dissonance. Which will bring you to 9/11 and everything else that follows. It will bring to you the Palestinians. And the death and destruction on the West Bank and the Gaza strip. As it was in the beginning, so it is in the end.

I see Biblical interpretation very much along the lines of allegorical commentary of the past, present and future. A name, one person could be a symbol of a group of people. In The Dead Sea Scrolls for instance, they speak of the Teachers, plural, of Righteousness as does The Wisdom of Solomon . And they had a social order, with initiation names. It is an ongoing initiation process through time and history.Their symbolic initiation names are not given in an historical context.

The Pope is a good example of this. He calls himself Francis which is hotly debated. Is he symbolically referring to Francis of Assisi or to Francis Loyola , or both? But his real name at birth is Jorge Mario Bergoglio . So this is where interpretation can similarly diverge in Biblical texts. Historical characters in Biblical texts are given symbolic names and much of it is allegorical.

In the Dead Sea Scrolls we have the story of the Teacher of Righteousness, who although the story is told in the singular the Righteous are plural and all suffer the same persecution.  The story of Jesus in the Gospels could follow the same lines. The story of the many condensed into the one. If we look at the crucifixion of the 800 by Alexander Jannaeus during his reign  103 BC to 76 BC., the 800 for example, who many believe were Essenes, the Gospels could be condensed version of the story, one individual who represents a group of people who are persecuted for their political and religious belief. This is an old marketing trick. People will pay more attention to a single individual story than to a story which is overwhelming and incomprehensible in human suffering.

In John Chapter 1, he speaks of the “sons of God,”plural. This initiation belongs to everyone and it comes through the Holy Spirit. So if I can be so bold and take this further, there is no longer a “Messiah,”singular, it has now been “gifted” by the “Son of God, ” through the Holy Spirit to everyone in an apostolic mission. The one has become the many. Politically this is in keeping with Joshua’s Judiciary where he steps down as “King of Israel” and instead inaugurates Judges. In the New Testament he steps down again and inaugurates everyone as sons of God. This is in keeping with Jeremiah 31: 31 & 33

“Behold , the days come, saith the Lord, that I will make a new covenant with the House of Israel, and the house of Judah: ( note two separate “houses” representing the Northern Kingdom of Israel and the southern Kingdom of Judah) ….

I will put my law in their inward parts, and write it in their hearts: and will be their God, and they shall be my people.”

Spiritually, this is the Holy Spirit. Politically this is the equivalent of a Constitution and a Bill of Rights where we know our rights under the law. Where we have enfranchisement. The one reflects the other. There is no longer a monarchy, the law instead of being imposed by an outside body now becomes internalized in a Bill of Rights. And everyone knows their rights under the law. The country is no longer under a central controlling body such as a monarchy but has become a federation of tribes, of nations as was the United States of America when it was first founded.

Conversely in Israel today, the ultimate aim is to rebuild the Temple and along with it a King, The Messiah, David of the tribe of Judah. In order to achieve this centralised power, as they did 2,000 years ago, the indigenous people of the land must be removed, disenfranchised, their rights under the law taken away from them. To be honest I despair. Or to use a quote: