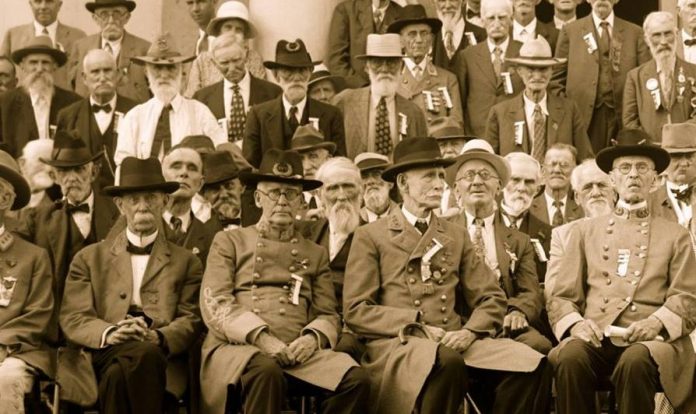 … by Jim W Dean, VT Editor   with the Sons of Confederate Veterans

[ Editors Note:  The Southern heritage battles had eased off their peak from the 1990’s, when the NAACP was making one last surge for a fundraising cause. They have fallen on hard times, embezzlement and womanizing charges on the board and national office, and declining funding and membership at the college level. America has come a long way since the Martin Luther King riots.

There were news stories, like black professional women making 10% more than their white counterparts, as corporations had been bidding up their pay in the scramble to add color to their staffs.

More and more stories on the success of the civil rights movement were seen as a storm cloud by those earning a full time living from it.

Black college students were demanding black only dorms so they could live “with their own kind”, and other curve balls like that were beginning to emerge. So the race racketeers were scrambling for something cheap and easy to stir up racial tensions to keep their game going.

Here in Atlanta the heritage community got word of this and a plant was put into one of the large country NAACP chapters, as a board position where they had a seat at the table. The NAACP plan was to demand that all Confederate heritage symbols be removed from public view, which they knew would be resisted. Then they would say, “See, racism still exists, and until every last one of these monuments to hate are removed, the fight must go on… please send your check to  _____ .”

Stage two of the scam was by making a big stink of it, the various city politicians would just want to make it go away and would push a compromise by demanding that the Confederates agree to let something be taken down.

And then, after another year, a different “civil rights group” would start another bruhaha and keep the process going for a couple more decades to keep the fundraising growing. As scams go, it was a good one.

When it began, the SCV was a small 5,000-member historical organization run out of the national commander’s garage with a part-time secretary. As the attacks grew, so did the membership, going up 700% to a peak of 35,000.

But as what we called liberal media poured on the media coverage and the years went by, the poll numbers on those saying they were offended by the sight of Confederate heritage symbols kept edging up… from 20% up into the 60% range where the moves to make legislative changes began. It was a classic psyop, where once again, when people have heard something enough times, it is no longer questioned.

The public and the legislators eventually grew tired of being played by the race hustlers, and things calmed down. SCV license plates began showing on state tags, with the extra fees being used to restore monuments and cemeteries around Georgia, with no controversy at all. After all, Civil War tourism has always been a major revenue producer for the state, and the Sesquicentennial brought in even more.

Confederate bashing had gone down to almost zero… until… the Charleston killings. And then out of the blue, because of what this Rhodesian-immigrant disturbed young man did, a photo shows up with him having a flag, something any airhead or dirtbag in the country can buy if they want, and instantly the sleeping NAACP seized the moment to crank up the heritage wars again.

Completely erased was the record of the last ten years, when no one was trying to exploit this long-beaten dead horse and no one complained. South Carolina quickly took their memorial flag down, which previously had been taken down off the state capitol to a memorial flag pole, a compromise that everyone was happy with for a decade.

So what we have here is the US version of Israeli collective punishment. When you want to really stir things up, you bootstrap the misdeed to a violent event onto an old adversary by decreeing that “they all must pay”, and once again, the politicians just want it to go away. This is not leadership, but cowardice… something we are beginning to see in the DNA of our current political class.

The exploiters are trying to run with this all they can. The most recent attack has been to demand that the Southern military bases named after Confederate generals be renamed. But the military has shut them down on that ploy… “US Army spokesmen responded to the recent calls to rename bases named in honor of Confederate heroes by stating that the Army has no current intention of renaming its bases.” (from today’s SCV press release).

So once again “they” have set us against each other, and it just happens to be at the beginning of a new presidential race. Gosh, what a coincidence! But all is not lost, which is the reason for my missive today.

Below is the beginning of the top read Confederate article that we have ever run on VT. It had 8000 reads due to the draw that this unknown story has. As part of the Civil War Centennial celebration, Congress moved to give official American veteran status (not US status) to Confederates as an act of reconciliation, and to put on display that Southerners would no longer be treated as second class citizens, aka, sons of traitors. They made the surviving Confederate widows eligible for US pensions, something which did not break the bank.

The good news is that since the bruhaha over the Charleston event, another 90,000 reads were piled onto this 2011 article. I asked our website manager to open the comments back up, and they are very interesting. The anti-Confederate lynch mob numbers three. The rest of the folks see the current jihad of Confederate-bashing for what it is, a cheap exploitation of a mass murder event, to which we have all become familiar.

It has 98,713 reads on it now. I am asking that you all click on the link below and help run it up over 100K, as I think that will set a record for any SCV online article that I know of. The article brought a lot of new people to VT, as the reads seemed to primarily come from Facebook.

And it also demonstrates that our content is standing the test of time. Almost every week, we look at the Top 50 to discover an old article has been picked up somewhere and has been bumped into the top ten. We are proud of that and want to keep it going.  The link is below, and please jump in with a comment. Thanks … Jim W. Dean ]

Here is the link on the original article

April is Confederate Memorial Month where various commemorations held throughout the month, primarily in the South. In the other states I would venture to say that most have never even heard of it, a combination performance of historical revisionism, political correctness, and amnesia. But I am happy to report that we are seeing more events being held each year and better attended.

The anti-Confederate smear campaign is becoming recognized for what it always was, a political campaign to denigrate Southern heritage. The ignorance of this was on the scale of your left arm not liking your right arm and then beginning a process of eventual amputation. But this would include a period of cigarette burning and razor slashing to get the process rolling.

The country is thankfully waking up from this silliness. VT has made an editorial decision to dig into more of these suppressed historical events, especially those involving veterans. It will keep us busy for the rest of our lives.

I have begun working on my main Confederate Memorial piece for VT focusing in on some of the archival gems and bombshells that most Americans know little or nothing about our War Between the States, or War of Southern Independence as

Despite the huge number of books written over the years the really good stuff is protected like the gold at Fort Knox, especially when it comes to school curriculum. I did not really begin learning about how much history had been suppressed and censored until my mid forties. The journey has so far turned into an seemingly endless one.

But I wanted to get something up to get the educational ball rolling with a one issue piece.

The simplest item I always use to jerk the shorts up on a Confederate basher, especially a veteran, and even more so an officer, is to ask them it they knew that Confederate soldiers are officially American Veterans by Act of Congress. They are usually stunned.

Link to the original article is here.