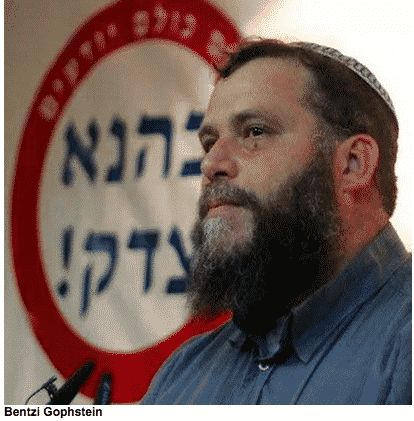 Commentators on modern Jewish history are often puzzled by the animosity of secular Jews toward gentiles. Particularly puzzling is the scale of Jewish ‘revolutionary’ violence towards Christianity and churches in particular. It is no secret that Bolshevism set many churches ablaze. The International Brigade followed a similar pattern in Spain (1936).

It is an established fact that Yiddish was the lingua franca of the International Brigade that was formed following a tidal wave of Church burning by the Republicans. That act of barbarism didn’t seem to deter the salt of the Jewish Left who rushed to liberate Spain in the name of the ‘International’.  And yet, historically, this kind of barbaric act was never associated with rabbinical Judaism.

Apparently, this is not the case anymore. In the Jewish State, Orthodox Jews do burn churches and they do it in the name of the Torah and in accordance with their interpretation of the Jewish religion. In an unusually brave article, Ynet revealed yesterday that, Bentzi Gophstein, the head of Lehave, an Orthodox Jewish organisation dedicated to preventing assimilation in the Holy Land, said that he unquestionably supports burning churches and ‘houses of idolatry.’

Gophstein further stated that church burning is a legitimate act under Jewish law. The right wing activist made the statement during a summer seminar in Jerusalem.

The seminar panel included prominent rabbis and political figures, and was led by Rabbi Abba Turetsky. During a heated debate surrounding the status of Christian churches in Israel that were labeled ‘houses of idolatry,’ Gophstein was asked,  “Do you support burning churches in Israel, yes or no?” Gophstein replied that he did, citing a Maimonides ruling that churches should be burned. “Are you for Maimonides or against him?” he asked rhetorically

Rabbi Moshe Klein, who shared the panel, failed to present a Judaic counter-argument. He did attempt to persuade Gophstein to keep his thoughts to himself.  “You are on camera and being recorded. If this lands in the hands of the police, you will be arrested.” Gophstein answered, “That’s the last thing that worries me. I’m willing to sit in prison for 50 years (for telling) the truth.”

Later Gophstein denied the recorded reports and stated that he was merely quoting Maimonides as a part of a Halachic (Jewish law) debate. But the question remains open – is the animosity towards ‘Goyim’ a new Jewish secular phenomenon or is it truly embedded in Judaic thought?  Is it Zionism that corrupted Gophstein’s Judaic thought or did Maimonides really advise his Jewish followers to burn ‘houses of idolatry?’