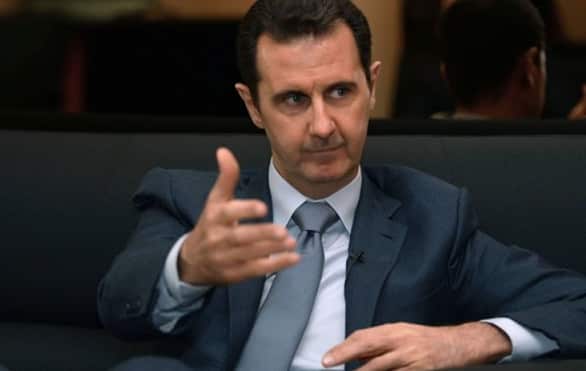 Syrian officials have repeatedly criticized Turkey over links to the militants, including Turkish involvement in buying oil from both the ISIL and al-Nusra Front, and providing a corridor for thousands of terrorists to get into Syria.
Egypt, the UAE, Jordan and Oman are working on joint plans to help the Syrian government to fight against the terrorist groups, a source revealed, According to FNA.

Mujtahid, a Saudi political activist who is believed to be a member of or have a well-connected source in the royal family of Al-Saud, wrote on his tweeter page on Saturday that the four countries are trying to help the Syrian government with reconstruction efforts to become prepared for fiercer battles against the terrorist groups.

According to Mujtahid, Saudi Arabia, Qatar, Turkey and the US are opposed to plans which strengthen the Syrian government.

Saudi deputy Crown Prince Mohamed bin Salman is one of the staunch opponents of such plans, and Syrian chief of the office of home security general Ali Mamlouk’s recent visit to Saudi Arabia was aimed at convincing him to agree with the reconstruction plans, Mujtahid said.

“According to Mujtahid, Saudi Arabia, Qatar, Turkey and the US are opposed to plans which strengthen the Syrian government.“

Meantime, he disclosed that despite efforts underway to help the Syrian people to return to their good days, Saudi Arabia, Turkey, Qatar and the US still insist on supporting and training what they call “moderate terrorists” to fight against the Syrian government.

The regional and even western officials and analysts have blamed Turkey, Saudi Arabia, Qatar and Israel for the terrorist acts in Syria.

In late April, a ranking Takfiri militant disclosed that Ankara, Riyadh and Doha masterminded and led the terrorists’ attacks in Syria, adding that they have been preparing militants and equipment for the assaults.

Senior Iraqi and Syrian officials have repeatedly criticized Turkey over links to the militants, including Turkish involvement in buying oil from both the ISIL and al-Nusra Front, and providing a corridor for thousands of terrorists to get into Syria.

He expressed confidence that the Syrian people and army would soon clean their country from the terrorists, and said, “2015 will be a determining year for Syria.”