Home Investigations NEO – Not a new Mid East, but a new Arms Race 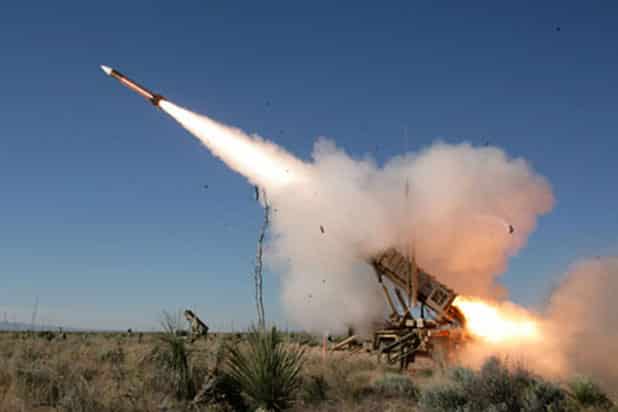 [ Editor’s note: It did not take long to see the defense contractors and banksters hedging their bets on the removal of Iran’s bogus nuclear threat by having another storyboard to replace it. Iran, a country which does not have any real force projection beyond its own border areas, is now being framed as the new conventional weapons threat, when Saudi Arabia and the Gulf States outspend it between 8 and 15 to 1, depending on what statistics you use.

The fact that Iran has only been engaged in one war, the longest on record for the region — a defensive war in the 1980s against US-backed Iraq, which was an attempt to take Iran out and get control of its oil. In that war, the US-Iraqi coalition used WMDs against Iranian troops.

For almost fifteen years, the official US defense policy has been that any country capable of defending itself or retaliating after a preemptive strike is considered a “potential threat” to the US, and therefore, subject to attack to eliminate said threat. This open offensive policy has never ruffled a feather in the United Nations, nor breached a discussion on the threat the US “defense” policy represents to a large portion of the world.

We know that no citizens’ groups are clamoring for this aggressive policy, and those whom we have seen engaged in its promotion are lifelong special interest shills for the defense industry, the banksters and a few countries who derive long running business profits from constant instability.

Many of these shill infiltrators evolve through an open espionage boiler-room grooming via Washington think tanks — which I consider stink tanks — where the shills are prepared to be moved into high government positions for either Democratic or Republican administrations when they turn over.

That so many of these people can even get security clearances makes old time security people cringe from constantly seeing that process corrupted, as insiders being placed into key positions get waived through by previously placed insiders. This tactic was used during WWII, when suspected Soviet spies being investigated were sometimes protected by a White House aide waiving the FBI off, where historically a higher placed spy should never put at risk over a lower one.

You can add to that the stand down of our law enforcement and professional security organizations, as this bankster-gangster NeoCon group has become a prime employer of the security people, especially after earning their first government pensions.

Never have so many owed so little to so few than the American people to the security leadership class that has “rolled over” or “gone over”.

As for our media, I remember a time when these insider sellouts would have been harshly attacked by the independent big box journalists that made their reputation doing such things.

Now, when you look out across American investigative journalism, it is a wasteland… what we used to say about prime time TV a generation ago. So Salman is on the money here, that we are just seeing one threat scam molded into a new one, and the cash registers never miss a beat in the interim.

Even the nuclear Iran threat used to justify the East European missile shield is now exposed as a scam. We are now told that Europe has to be defended against imperialist Russia’s mad dog Putin wanting to recreate the old Soviet Union. That educated viewers slop up such garbage is a severe condemnation of our educational system, or credit to America’s propaganda system, as the case may be.… Jim W. Dean ] 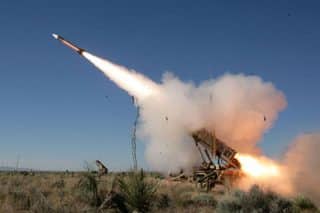 Since 2013, Saudi Arabia’s defence spendings have risen by almost 13 percent. Bahrain`s government, which was so threatened by the revolutionary movement that Saudi tanks rolled in to quell demonstrations, also upped military spendings that year by 26 percent.

This trend reflects what can now be called post-deal arms race in the same (old) Middle East. The Iran deal, as it stands, seems to have pushed the Mid-Eastern States towards maintaining huge defence spendings.

Although the Iran-US nuclear deal was expected to reduce tension in the Middle East, and although Sunni-Arab states have cautiously expressed their support for the deal, there is hardly anything meaningful happening on the ground that might help us argue that the Middle East is heading towards an era of peace or that Sunni-Shia rivalry is easing down.

Not only Iran, but also its main rivals, including Israel, are up against each other in the new race to buttress their defence; while the U.S. is certainly not falling short of fanning this rivalry for its own benefits.

Arms deals worth billions of dollars not only benefit a number of U.S. based defence contractors but also allows the U.S. to play these rival states against each other, help foster proxy groups, and wage proxy wars.

It was just weeks after the pact was announced that Saudi Arabia signed up to buy 600 Patriot missiles from the United States at $5 billion, and it is expected to purchase 10 Sikorsky MH-60R naval helicopters. Qatar has inked a $17 billion contract for French made Rafale fighter jets, and wants to buy Boeing F-15s.

Kuwait recently bought 28 F-18 Super Hornets. The United Arab Emirates is expecting $200 million worth of General Atomics Predator drones next year. (Iran, soon to be relieved of sanctions, has a deal with Russia for a missile defence system and is eyeing French and Russian fighters.)

However, it is not merely the Iran-deal that seems to have triggered this arms race, some other factors have also to be taken into account. For instance, the self-styled Islamic State, civil war in Yemen, domestic terrorism, political unrest at home and a broader Sunni-Shia conflict throughout the Middle East have all fed the booming of military budgets. The Iran deal seems to have provided a fresh impetus to what was already happening, and which would now happen at a much higher scale than it was previously the case.

As a matter of fact, Iran, nuclear-armed or not, has the capacity to pose a real threat to its Sunni neighbours, or using other words, can effectively defer any assault by them. It has a large army of 600,000 troops excluding reserves, 1,700 tanks, nearly 300 fighter and ground-attack planes, several hundred surface-to-air and ballistic missile launchers, and a bevy of small, fast boats that could wreak havoc in the narrow Persian Gulf.

Given Iran’s military capacity in conventional warfare, it was but natural for Arab States to further boost their defence spendings, especially after it became evident that Iran’s defence spending would certainly increase once foreign exchange starts flowing inside Iran.

On the other hand, the U.S. defence contractors had also notified the U.S. Congress about fresh defence deals as early as April 2015.

According to the details provided by them, they were expecting additional requests from Arab states – Saudi Arabia, the UAE, Qatar, Bahrain, Jordan and Egypt – for thousands of new US-made weapons, including missiles and bombs, to rebuild depleted arms stockpiles.

Ironically, among the key weapons suppliers in the arms race are permanent members of the UN Security Council who have been at the centre of two unconventional arms control initiatives – disarming the Syrian government’s stockpiles of chemical weapons and the Iran nuclear deal.

The U.S. Congress already has approved billions of dollars in pending arms contracts to the Gulf. The United Arab Emirates has one valued at $130 million for 1,100 laser-guided bombs, parts and logistics from Boeing and Raytheon. Another potential contract for as much as $900 million is pending for the sale of 12 High-Mobility Artillery Rocket System launchers and 100 rockets made by Lockheed.

From the U.S. alone, the Saudi government may pursue a contract for as much as $1.9 billion in potential sales of 10 United Technologies Corp. Sikorsky MH-60R helicopters, radar and spare parts; another potential contract valued at as much as $1.75 billion is pending for as many as 202 Lockheed PAC-3 missiles and associated equipment.

The overall extent of the arms being sold to Saudi Arabia by the U.S. and its allies alike can be assessed from the fact that the one Canadian deal alone, which is to supply Saudi Arabia with light armoured vehicles, will account for 20% of the military vehicles sold globally in the years covered by the contract. And this is just the thin edge of the wedge. Saudi has booked enough arms imports in 24 months for them to be worth $10 billion a year.

Adding to the concern is the fact that the spending spree on arms has come against the background of a marked increase in military interventions by powerful Arab States in the region since the so-called “Arab spring” in 2011. For instance, Saudi Arabia has intervened in Bahrain (at the request of that kingdom’s ruler during the so-called Pearl revolution), in Yemen in 2009, and again in Yemen this year. Indirect interventions, such as through proxy groups, have also been on the rise.

It is quite evident that the Iran deal is not going to bring any ‘era of peace’ in the Middle East. On the contrary, the fact of the matter is that it is entering a new phase of geopolitics with the U.S. placed as a ‘balancer’ between Sunni and Shia blocks. This role has its own political economy.

Not only does it allow the U.S. to earn huge profits, but also enable the U.S. government to win political support at home. In simple, roots of what is happening in the so-called “new” Middle East can very well be traced back to the U.S.’ internal politics.