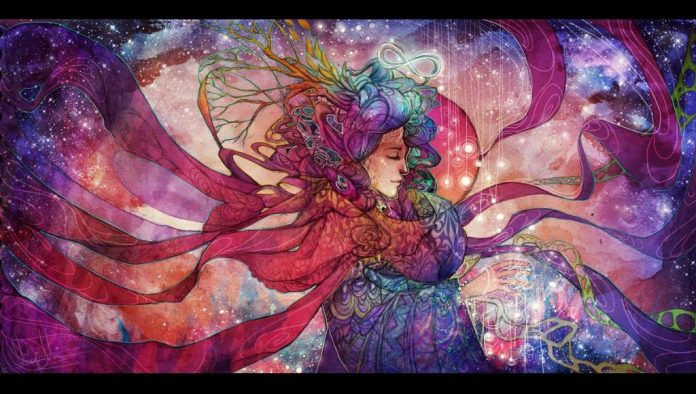 By Uri Avnery, with Gush Shalom

[ Editor’s note: Uri does what he does best in his current article; he gives us an insider’s peek into Israeli politics like no one in the US would dare to do. And today, it is Bibi’s turn to get roasted. So put some popcorn in the microwave, grab a chilled beer and prepare to have some fun.

I had never been exposed to Jews criticizing Jews harshly before I began reading the Israeli media. What an eye opener that was. And the language they used. Ouch! I remember once that the Knesset passed a resolution listing all the nasty words and names that they could not call each other during debates.

And I mean to tell you, it was longgggg list, and even had some names I had never heard of. So suspicious me, I had to chalk that up to being in the DNA, and why Israeli rulers were so keen on keeping an outside enemy.

They always needed one handy to keep their natives from making the “Night of the Long Knives”, a regular occurrence in Israeli politics where they slice each other up with about as much remorse as an overzealous ISIS barber.

So, without further delay, let the show begin, where maestro Uri will cut Bibi in half before our very eyes and rearrange the parts. Sorry, no pictures please… Jim W. Dean ]

One has to choose: Binyamin Netanyahu is either incredibly shrewd or incredibly foolish. Take his Iran policy. Actually, there is little to choose from. Netanyahu has no other policy to speak off. According to him, Iran constitutes a mortal danger to Israel.

If it obtains a nuclear weapon, God forbid, it will use it to annihilate Israel. It must be stopped by any means, preferably by American armed intervention.This may be quite wrong (as I believe). But it makes sense. So what did Netanyahu do?

For years, he alarmed the world. Every day the cry went out: Save Israel! Prevent the destruction of the Jewish State! Prevent a Second Holocaust! Prevent Iran from producing The Bomb! The world did not take any notice.  It was busy with many other matters. There are crises galore everywhere, all the time. Economic depressions. Plagues. The warming of the earth.

But Netanyahu did not let off. He used every rostrum, from the Knesset to the United States Congress, to shout his message. At long last, a weary world paid heed. OK, the Jews warn of the Iranian bomb? So let’s do something to prevent it. Not just something. No. Let’s get all the great powers of the world together to compel Iran to end this nonsense.

And they did. The USA, Russia, China, Britain, France and Germany – practically the whole world – commanded Iran to start negotiations. There was only one single issue: preventing Iran from getting The Bomb. Nothing else mattered. Compared to this giant issue, everything else was insignificant.

After playing a little hard-to-get, Iran accepted an agreement. The World got, more or less, everything it wanted. No bomb for a long time. Very intrusive inspection procedures. They were not really needed. Up-to-date espionage techniques can quickly detect any movements toward a bomb.

Everybody was happy. Everybody, that is, except Netanyahu. He was furious. What kind of an agreement is this?The Iranians will get the bomb. If not now, then in 15 years. Or in 25. Or in 50.

The Iranians will cheat! Persians always cheat! They can’t help it! It’s in their blood! Not like us, who built dozens of nuclear weapons in secret. After the Holocaust, we are allowed to do things like that.

And anyway, even if they don’t get the bomb, the Iranians will get legitimization. And money. They will support anti-Israeli terrorists, like Hezbollah and Hamas. Not very convincing, after Netanyahu had demanded concentration on The Bomb, and not on anything else.

The huge Israeli propaganda machine was set in motion. The terrible agreement is being denounced from every rooftop. Of course we knew all the time that Barack Obama is an anti-Semite, as is John Kerry. Now we have the proof.

Actually, the play is over. An agreement signed by the entire world cannot be made to disappear with a puff from Bibi. It will be there, even if the US Congress does vote against it and overrides the presidential veto. The world is tired of Netanyahu’s whims. The man got what he wanted, so what now?!

I believe that the Iranians did not want the bomb very much anyhow. According to all available evidence, the agreement aroused joy in the streets of Tehran. The prevalent mood seems to be: “Thank Allah, at long last we’ve got rid of this whole nonsense!”

But the bomb, that isn’t has already caused immense damage to Israel. Much worse than if it existed in some dark cavern. All Israelis agree that the one supreme asset Israel has is its special, unparalleled relationship with the US. It is unique.

Unique and priceless. In military terms, Israel gets the most up-to-date weapon systems, practically for nothing. No less important, Israel can not conduct any war for more than a few days without an airlift of munitions and spare parts from the US.

But that is only a small element of our national security. Even more important is the knowledge that you cannot threaten Israel without confronting the entire might of the United States. This is a formidable umbrella, the envy of the world.

More than that, every country in the world knows that if you want something from Washington DC, and especially from the US Congress, you better pass through Jerusalem and pay a price. How much is that worth?

And then there is the veto. Not the little veto Obama will use to neutralize a Congress vote against the agreement, but the Big Veto, the one that blocks every single UN Security Council resolution to censure Israel, even for actions that cry to high heaven. A 49 year old occupation. Hundreds of thousands of settlers who contravene international law. Almost daily killings.

Condemn Israel? Forget it. Sanctions against Israel? Don’t make us laugh. As long as the almighty US protects Israel, It can do whatever it wants. All this is now put in question. Perhaps the damage has already been done, like hidden cracks in the foundations of a building. The scale of the damage may become apparent only in coming years.

Another hidden crack is the rift between Israel and a large part of the Jews around the world, especially in the US. Israel claims to be the “Nation-State of the Jewish People”. All Jews throughout the world owe it unquestioning allegiance. A mighty apparatus of “Jewish organizations” is policing the vassals. Woe to the Jew who dares to object.

Not anymore. A rift has opened within world Jewry, that probably cannot be repaired. Commanded to choose between their president and Israel, many American Jews prefer their president, or just opt out. Who is the anti-Semite who has managed to bring all this evil about? No other than the Prime Minister of Israel himself.

DOES THIS trouble the world? Not really. We Israelis believe that we are the center of the world. But it ain’t necessarily so.

While Israel is obsessed with the Iranian bomb, great changes are taking place in our region. The almost forgotten 13-century old rift between Sunni and Shiite Muslims has suddenly reappeared all over. This rift, almost as old as Islam itself, was plastered over by the artificial order established by the notorious colonialist Sykes-Picot agreement during World War I.

What is happening now is a political earthquake. The landscape is changing dramatically. Mountains disappear, new ones are formed. The Shiite axis, from Iran, through Iraq and Syria, to Hezbollah in Lebanon is overtaking the Sunni bloc of Saudi Arabia and the Gulf States. Libya and Yemen are tossed around, Egypt harkens back to its glorious Pharaonic past, and in the middle of it all, a new power is raising its head – the Islamic Caliphate of Daesh, which attracts Muslim youth from all over the world.

In the middle of this raging storm, Netanyahu is a man of the past, a person whose perceptions were formed decades ago, in another world. Instead of addressing this new world, with its great dangers and great opportunities, he fumbles around with the non-existent Bomb.

The US and the other Western powers are cautiously changing their stance. They are afraid of Daesh, as they should be. They perceive that their interests are getting closer to those of Iran and further away from those of Saudi Arabia. The new nuclear agreement fits well into this pattern. Netanyahu’s permanent trouble-making does not.

IS THIS being discussed in Israel? Of course not. It’s all about the bomb, the bomb, the bomb. The little quarrels between the Muslims are more or less ignored. Sunnis, Shiites – they are all the same. Anti-Semites. Holocaust-deniers. Israel-haters.

Yet there are great opportunities. Saudi Arabia and its Gulf allies, as well as Egypt, are already hinting that they could cooperate with Israel. In deepest secrecy, of course.

Nobody can shake hands openly with Israel as long as the Arab masses see every day on their TV sets the misdeeds of the settlers, the killings of the occupation army, the humiliation of the Palestinian brothers. Like a heavy weight tied to the leg of a swimmer, the occupation prevents us from reacting to the changes in the region.

Lately, there have been ever-stronger rumors about secret negotiations between Netanyahu and Hamas for an eight or ten year-long armistice, that would amount to an unofficial peace agreement. It would create a tiny Palestinian mini-state, while isolating even more Mahmoud Abbas and the main body of the Palestinian people, who are committed to the Arab peace plan.

All this for what? For enlarging the settlements and perhaps annexing another part of the West Bank (“Area C”). So is the man shrewd or just foolish? A magician or just a magician’s apprentice?