Home World Israeli bombing of Syrian Sites was in coordination with the militants and... 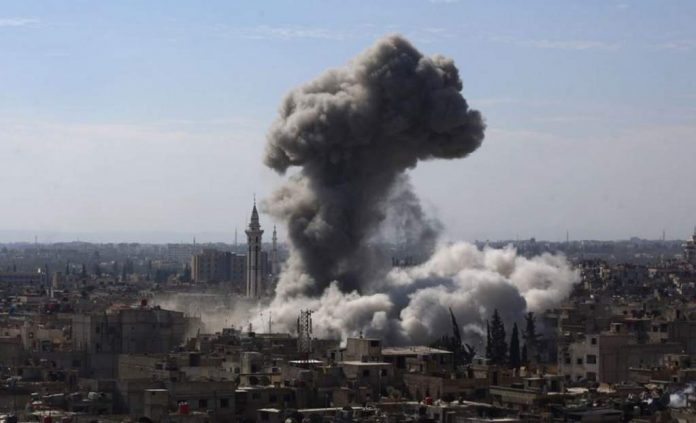 The Syrian Ministry of the Interior reports that armed groups continue to target innocent people in Damascus and its suburbs and residential areas such as the Mosque of Sheikh Mohyyi al Dein bin Arabi that led to 13 injuries and material damage. 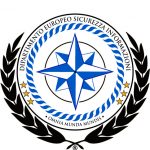 Secretary General of the European Department for Security and Information Ambassador Dr. HAISSAM BOU,  after lengthy consultation with  Department President LUCIANO CONSORTI, announced that a wide-scale majority of the Europeans no longer tolerate the peculiar situation in the Middle East, as the unfolding course of events unveil the true face of the armed groups.

Dr. Bou Said affirmed that the attempt to block the nuclear deal between Iran and the six Western States is out of the question now and despite Israel’s direct military intervention via bombing sites and buildings belonging to the Syrian government in “QUNEITRA” and “SA’SA”, which is a stark violation of U.N. Charter that stipulates punishment those who carried out this assault under resolution No. 29.

The people have the right to choose freely their political and social destiny and their representatives in the international forums without interference in their internal affairs or being subjected to multifaceted intimidation.

Moreover, a brigade from the so called “Fajr El Islam” fired two missiles from its military command in” Etman,” in Quneitra, and two others from “Bosra Al Harir,” in the suburb of “Daraa” towards the Golan Heights, in coordination with the Israeli military Staff, so that Israeli war jets would bomb sites in Ghouta, in Damascus Suburbs, to relieve the armed groups of the pressure and ensure that the Syrian army will not have full control over the area.

The statement concluded that both the Head of the Department “Consorti” and the Secretary General “Bou-Said” consider that what is required now is to make Israel accountable for its aggression that infringes on Syria’s sovereignty, which is the only way to stop Israel’s fundamental and practical support for the internationally banned groups including “AL-Nusra”, Isis and all militant groups operating in Syria.

Ambassador Bou Said underscored that the Israeli assaults came in parallel with an attack by the Turkish army on fortified Syrian military sites under the pretext of pounding Isis stronghold in the north.  Thus far, Turkey has yet to attack any ISIS targets, having begun its air war on the PKK, then the YPG American backed Kurds and now the Syrian Army, with Turkish air assaults in direct support of ISIS and al Nusra military actions.

Syrian General Salim Harba says communications between the militants and the Israeli military Staff have been intercepted affirming the close command and control role Israel has taken in this conflict. Intercepted recordings between ISIS and “sister group” rocket and mortar batteries in Yamouk Camp, Daraa when subjected to voiceprint recognition clearly prove Israeli air and artillery controllers both inside Syria and on the occupied Golan Heights are not only fully coordinating attacks in Damascus but directly supporting ISIS ground forces as well.

General Harba also affirmed that the latest Israeli attack on Quneitra was carefully staged in order to demoralize the Syrian Army and drag it to a side-line combat, and discover if the military establishment receives new weaponry from Russia.

Harba said “the retaliation must be based on logic, not emotion. The Resistance axis will handle this matter.”

In a statement released today, Syria’s army staff believes the Israeli leadership has become hysterical after the Syrian army made significant advances on different fronts. Israel is working with its surrogates in Syria to tip the military balance, but in vain. Israel last bargain chip will be wasted and its bloody monsters are doomed in the Syrian inferno. Erdogan days are numbered and will have the same fate at the hand of ISIS and PKK.

The militants are raining Damascus with lethal rockets and mortars daily to break the resolve of the Syrian people and revenge from the Government. Many innocent people are dying men, women, and children. The psychopaths want to turn Damascus into a ghost city and score points before the wheels move towards an overall political solutions.