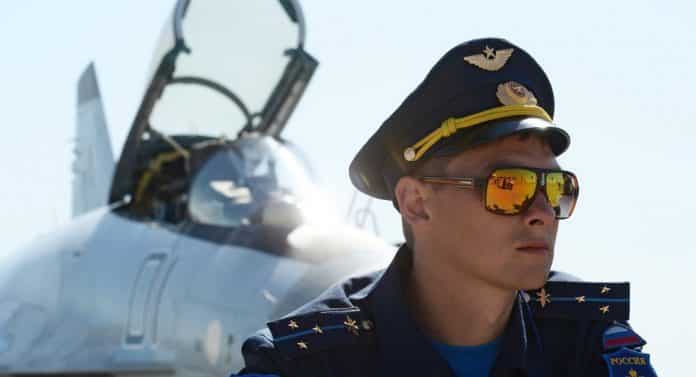 [ Editor’s Note: Traffic is down at this year’s MAKS air show, but the event will certainly show that the US plan to “isolate” Russia was a silly one — an embarrassment to any geopolitical strategist as one of the dumbest moves of all time.

Even in Henry Kissinger’s recent anniversary interview for the National Interest magazine, when asked about Russia and China working to integrate their military cooperation more, Kissinger answered flippantly, “But partly because we’ve given them no choice”. Henry revealed something there.

On the surface, one would think that the usual A-B-C divide and conquer strategy would NOT want to push them into integrating more, as that gives them a defensive multiplier. But if your real strategy is to create a bigger threat because you feel you need to maintain a new generational arms race, then it makes perfect sense.

We have had other clues to America’s and NATO’s desperate attempts to frame Russia as the new bogeyman with General Breedlove’s tall tales of the invisible Russian invasion army poised to roll over Ukraine in a week. None of the OSCE observers watching the annual drills along the Russian-Ukraine border ever saw any proof of this, which must have been poor eyesight on their part because the head of NATO would never tell an obvious lie like that, right?

Russia had begun a long overdue modernization of its military, which had been a lower priority during the peace years, and had been concentrating on continuing to build up its domestic and export economies. But the West putting Moscow in the crosshairs just poured fuel onto their afterburners to modernize more quickly, and we are seeing the results of that now.

An oh yes, the Iranians will be there to finalize the modernized S-300s deal with Russia, which is going to change Iran’s defense posture significantly, as Israel is holding an empty gun now with its preemptive strike threats. Other major arms deals are expected to be announced that will continue to fund Russia’s arms industry modernization. “Way to go NATO, way to go!”

The threat of Europe cutting back on energy imports to reduce Russia’s foreign exchange was nipped in the bud the first year, when the Chinese decided to stop stalling for lower prices and finalize their big oil and gas deals with Moscow.

And the EU dummies had a $120 billion export trade with Russia in exchange for $100 billion in energy imports, so Russia was running a trade deficit to the EU’s advantage.

The response to Western sanctions aggression was the BRICS bank getting set up more quickly and comprehensively, along with a new international trade settlement system; and a number of trade barter arrangements being constructed to cut out the Western banksters.

I would hardly call this a strategy, as it looks more like a slow motion train wreck. But the bottom line bogeyman here is that the bankster gangsters behind all of this feel that, long term, they will do much better by stoking world upheavals. So who is our real enemy; and when are we going to start using some drones on them to defend ourselves? … Jim W. Dean ]

The international biannual aerospace show at Zhukovsky Airfield in the Moscow Region has opened for experts on Tuesday, lasting from August 25-30. The MAKS-2015 air show is expected to attract at least 400,000 visitors.

Russia is set to actively promote homemade passenger and cargo aircraft on both the domestic and foreign markets, President Vladimir Putin said while launching the show Tuesday.

“I am convinced that regardless of the current international political environment, just as previously, MAKS will serve as an efficient venue for expert-level communication, for developing production cooperation and looking for new partners,” Putin said.

Some 760 companies from 27 countries (estimated 609 Russian and 151 foreign) are taking part in the event, while delegates from over 80 countries are planning to attend. More than 100,000 tickets for the general public have been already sold, organizers said.

MAKS flight exhibition performance was opened with a parade of 11 various types of helicopters produced in Russia, succeeded by stunts performed by military helicopters and fighter jets, including the upcoming 5G PAK-FA fighter that performed the most difficult maneuvers publicly for the first time ever.

Aerobatic teams Russian Knights, Swifts, Russian Falcons and Berkuts (Golden Eagles) are going to perform stunts through all six days of the exhibition.

As with the previous MAKS events, this year’s exhibition will witness the signing of a wide range of deals in both civilian and military aviation. Among the “serious deals” to be signed Russian president singled out the supplies of the modern Sukhoi Superjet 100 passenger aircraft.

Security at the event is being maintained by more than 3,000 police officers and law enforcement by troops from the Ministry of the Interior.