Home Government Parchin not a nuclear site – US State Department 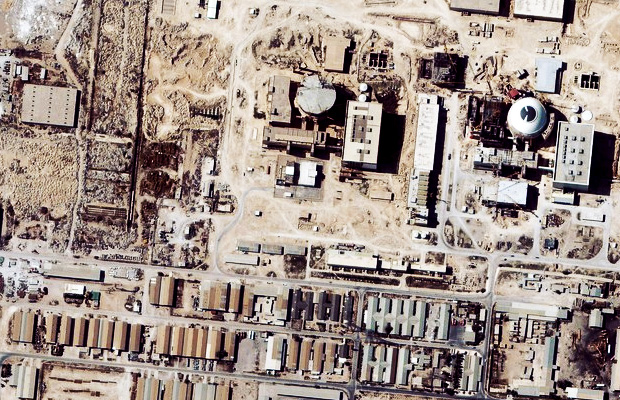 [ Editor’s Note:  We have come a long way from when the explosions at Parchin on October 5th, 2014, were thought to have possibly been an Israeli attack on a secret nuclear facility, to today’s big surprise after the question popped up yesterday from the IAEA over what seemed to some minor construction at Parchin, an extension being put onto a building.

Inquiring minds might have wondered if an Israeli mole in the IAEA, (and yes they are there) was planting a story to be spun that the Iranians were already cheating on the new agreement, to derail what is appearing to be Obama’s steady march to a veto of the NeoCon and AIPAC attempt to kill the agreement.

But today we have the State Department quickly getting out a quite definitive answer that with Parchin being a military site, it does not come under the IAEA’s inspection review. Iran did not surrender inspections of its military facilities in the agreement. Who would… Israel maybe? So it appears the White house wanted that flanking attack nipped quickly in the bud.

That shows that the Obama administration is expecting some pre-planned operations to blow up the agreement as it goes down to the wire. We all know that Netanyahu would figure that he has nothing to lose. But actually he does, per Gordon Duff’s NEO article posted today, where he covered how the AEGIS destroyers, which were the heart of the Iron Dome, were removed some time ago.

And now we have the upgraded S300s going to Iran that will reduce Israel’s attack threats to mere bluster, as these missiles can not only defend airspace, but make its retaliatory strike capability more to worry about. We are going to have an interesting September, as the final fireworks begin when Congress comes back in session… Jim W. Dean ]

The US Department of State has acknowledged that Iran’s Parchin site is a “conventional” military facility, marking a departure from allegations about nuclear activities there.

“So there wouldn’t be any IAEA or other restrictions on new construction at that site were they to occur,” he added.

The US official’s remarks came in response to a question about an earlier report by the International Atomic Energy Agency (IAEA) about the construction of “a small extension to an existing building” at Parchin.

“Since (our) previous report (in May), at a particular location at the Parchin site, the agency (IAEA) has continued to observe, through satellite imagery, the presence of vehicles, equipment, and probable construction materials. In addition, a small extension to an existing building appears to have been constructed,” the IAEA report said in its most recent update on Iran’s nuclear program on Thursday.

Kirby’s remarks mark a deviation from past claims in the US about Parchin. Iran has repeatedly denied Western allegations about nuclear activity at the site.

Also on Thursday, Iran’s ambassador to the IAEA, Reza Najafi, criticized the agency’s statement about Parchin, saying construction work on the site “does not concern” the nuclear agency.

“Iran does not need the agency’s permission for construction work on its sites,” Najafi said.

On July 14, Iran and the IAEA signed a roadmap for “the clarification of past and present issues” regarding Iran’s nuclear program in Vienna, Austria. Iran provided some additional information on Parchin by August 15, further proving that it was complying with the mutual agreement with the UN agency.