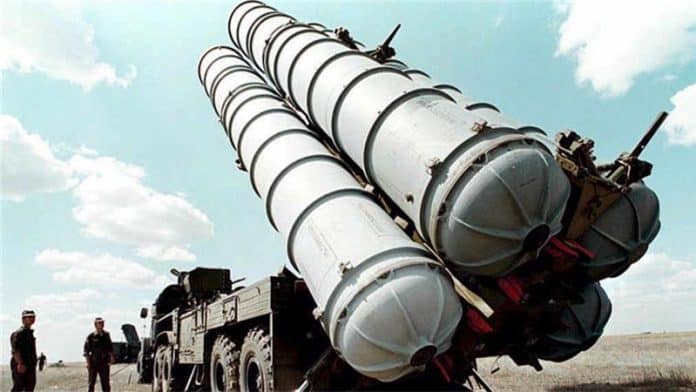 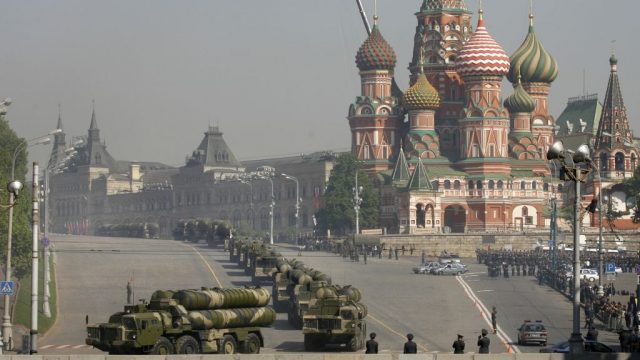 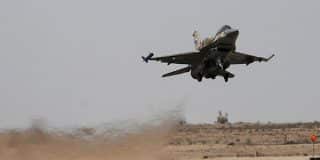 There is a real purpose to the timing of this Israeli attack and that is the promise of Russia to deliver a fully upgraded S300 system to Iran, one that totally nullifies Israel’s air advantage and even Israel’s ability to hit Iran with nuclear armed ICBMs.

The recent attack on Syria is, in actuality, an attempt on Israel’s part to discredit President Putin and Foreign Minister Lavrov. What few if any in the west understand is how thoroughly Putin has humiliated Netanyahu, a man whose mental stability has long been in question.

Netanyahu sees his bombing attacks on Syria and his open support for ISIS and her sister organizations as daring Russia to move against the US-Israel alliance.

However, in an American counter move, US Secretary of Defense Ash Carter has issued stern warnings to Turkey’s Erdogan for continuing to aid ISIS. Carter told Erdogan that the use of Turkish bases simply isn’t worth turning a blind eye to Turkish complicity in warfare against Syria and Iraq and the terror bombing of Kurdish villages.

Thus, America admonishes Turkey for Israeli attacks, Israel attacks Russia through Syria while Saudi Arabia and the Gulf States increasingly become aware that they have been maneuvered into a conflict they can only lose. The key to all of this, we will see, is Netanyahu, not the statesman or politician, but the delusional and grandiose manipulator of world affairs.

How Netanyahu’s recent blunders will play out will be watched. It is now reasonably obvious that Netanyahu has been profiled, played and has become a pawn, due to his megalomaniacal rages and impatience, and will take down Israel, a process now well underway.

The End of Israeli Military Power

One hundred percent of Israel’s military capability against Iran was wiped off the face of the earth with the stroke of a pen. With all of Israel’s victimization narrative and control of the western press, the massive failure that is only icing on the cake for Tehran when placed alongside the 5+1 settlement, was not reported and will never be reported.

Even though Israel has been continually hyping the threat from Tehran, Netanyahu knows quite well the Israeli people will never forgive him for being outmaneuvered like this.

Why? The system was dependent on two AEGIS destroyers being kept on station off Israel. President Obama removed them, quite possibly in retaliation for Israeli interference in America’s elections. The Iron Dome is dead.

The Staging of Another Israeli False Flag

This week, Israel initiated a pattern of broad air and artillery attacks on Syria, attacks that sources indicate were planned for in late July and early August, 2015 during IDF joint forces exercises on the occupied Golan Heights.

Israel claims the attacks were in response to Iranian missile attacks on Israeli positions on Golan, claimed attacks that, if they occurred and there is no evidence to indicate Israel suffered any attacks at all, were a bizarre and serendipitous benefit to Israel who had prepared for a response before the attacks themselves.

Again, that is if the attacks occurred at all and no evidence has been presented though the region is under the most exacting electronic scrutiny, the UNTSO (United Nations Treaty Supervision Organization) electronic monitoring facility on the Golan Heights, a facility that receives all communications and sees not only air traffic but through advanced sensors, drones and satellites, tracks all ground movement and even the origin and path of artillery shells fired within hundreds of miles.

The UN saw the whole thing, no record of an attack by Syrian or Iranian forces but, moreover, 14 Israeli air strikes on Syrian Army positions. Background on the history of the UNTSO facilities role in Operation Desert Storm from a New Eastern Outlook article from March 2015.

The scene at Finks Bar is a curious one, Netanyahu meeting with a Particle Physicist who was both working for the IAEA (International Atomic Energy Agency) and also directly reporting to President George W. Bush. Netanyahu was also unaware that the Defense Intelligence Agency had bugged Fink’s Bar.

Both the physicist and the head of the US military intelligence mission to Israel are editors at Veterans Today and confirm the transcript below, one from across the table from Netanyahu and the other from the recording.

Much of the following scenario was outlined initially in 1990 in a discussion at Fink’s Bar in Jerusalem. At the head of the table was Netanyahu. The group at the table had just stolen 5 American KG 84 cryptographic devices with the help of Canadians serving with the UNTSO on the Golan Heights, giving this Israeli-led cabal real-time access to all US State Department, Naval and NATO communications. This is a transcribed quote taken from an audio recording of Netanyahu at that meeting:

“If we get caught they will just replace us with persons of the same cloth. So it does not matter what you do, America is a golden calf and we will suck it dry, chop it up, and sell it off piece by piece until there is nothing left but the world’s biggest welfare state that we will create and control. Why? Because it is the will of God, and America is big enough to take the hit so we can do it again and again and again. This is what we do to countries that we hate. We destroy them very slowly and make them suffer for refusing to be our slaves.”

President Bush (41) learned of the penetration during the First Gulf War, taking note that America was left defenseless in case of a nuclear attack. The US pulled out of Iraq earlier than planned, leaving Saddam in place.

Were Saddam removed and the US to have occupied Iraq, this was to have been the foundation for orchestrating the political confrontation that was to escalate, with careful guidance in both Washington and Moscow, into a nuclear war.

This vulnerability, combined with the spying of Hansen, Pollard, both working for Israel, and others protected more successfully by the AIPAC lobby, made 9/11 possible, by making sure America’s enemies had daily access to decryption keys.”

Watching it Play Out

The Fink’s Bar “tin foil hat” diatribe by Netanyahu has been invaluable to many who have to deal with Likudists extremism and complicity in terrorism. Most importantly, it really happened, has multiple confirming sources of the highest grade and shows how predictable Netanyahu is. It also shows how dangerous as well.

With Iran out of play, their air defense system beyond the capability of any Israeli gambit, with Turkey stripped bare as a terrorist dictatorship by America’s Ash Carter and plans for the retaking of Mosul when the crippling summer heat subsides moving forward, Russia may well be the “last man standing” as a global superpower.

China has replaced the US in Djibouti, leaving AFRICOM and the American drone base covering Sudan and Yemen out of action.

Israeli hubris in maneuvering corrupt American legislators into blocking US participation in the 5+1 agreement will only come back to crush Tel Aviv. Their action removes them from a “seat at the table,” not only in the Middle East but Europe as well. Iran’s economy and the opportunities offered are well beyond anything Israel can bring to the table. No one makes money dealing with Israel, as seen in decades of feeding dissension in London, Paris and Berlin.

His only rationale is holding onto power in Israel, no matter what he costs the Israeli people.