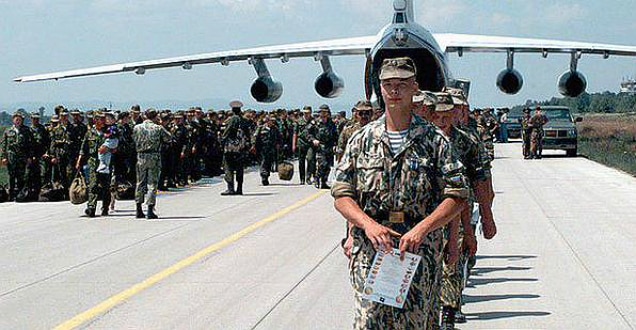 [ Editor’s note: Given that Russia is going in with advisors and humanitarian aid, the US would do well to maintain an open dialogue for situational awareness. But, it can’t really come as much of a surprise to the West — despite claims that Putin’s intentions are a mystery — because maintaining a measure of stability among ethnic and religious populations that Russia shares with the Mideast has always been in Russia’s keenest interests, since this is in their backyard… Jim W. Dean and Erica P. Wissinger ] 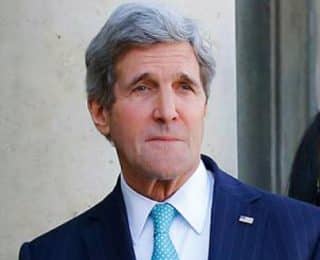 US Secretary of State John Kerry says the White House is considering military-to-military talks with Russia over Syria.

Kerry said on Wednesday that the White House, Pentagon and State Department were all now considering the Russian proposal put forth by Foreign Minister Sergey Lavrov in a phone call on Tuesday, The Associated Press reported.

The top US diplomat said he also favored such an idea, adding that the United States wants a clear picture of what Russia’s intentions are in Syria following a recent military buildup in the country.

Washington is deeply concerned over what it describes as Russia’s military buildup in Syria. US officials say Russian President Vladimir Putin’s intentions “remain a mystery.”

The US accuses Russia of setting up an air base near the coastal town of Latakia. Officials say Russia has sent about a half-dozen battle tanks and other weaponry, along with military advisers, technicians, security guards and portable housing units, to Syria.

Kerry has repeatedly sought clarity about Moscow’s moves, according to the State Department.

“Kerry made clear that Russia’s continued support for President Assad risks exacerbating and extending the conflict, and undermining our shared goal of fighting extremism if we do not also remain focused on finding a solution to the conflict in Syria via a genuine political transition,” the department said in a statement.

On Tuesday, Kerry placed his third phone call in 10 days to his Russian counterpart, telling Lavrov that Syrian President Bashar al-Assad Assad must step down to allow a political settlement in the country.

Kerry, however, admitted that there is no military solution to the years-long Syrian crisis and called for a political solution to establish peace in the country.

Military-to-military relations between Washington and Moscow have been suspended over the Ukrainian crisis.

Defense Secretary Ashton Carter has not had any talks with his Russian counterpart Sergei Shoigu so far, according to the Pentagon.