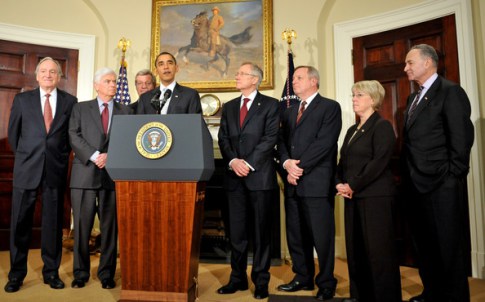 [ Editor’s Note:  The Republicans have now won the Olympic Gold medal for groveling with their last breath to AIPAC, showing that they continue to be slaves to the Israel Lobby even in defeat… and disloyal to the rest of us. Meanwhile VT is moving ahead.

I just finished my first interview today with Lebanese General Elias Farhat (Ret). These top command people are walking encyclopedias of the history here, as they have “been there, and done that.”

I have a father and son team coming up next. Ali Ballout is a 79-year-old retired journalist with a half century of being on the scene professionally, and just finishing a book on Saddam, whom he knew well for a long time, and for whom he acted as a back channel to the US for many years.

These are connections that can only be made on the road, so as much of a grind as they are, and the cost, we have to do them from time to time to keep building. We are seeing a growing consensus on the disinformation in mass media that it has to be opposed via independent media, and we want to chip in… Jim W. Dean ]

Democratic lawmakers in the US Senate have blocked a Republican attempt to sabotage the Iran nuclear agreement by linking it to Israel.

On Thursday, 45 senators voted against an amendment from Majority Leader Mitch McConnell that would have prevented President Barack Obama from lifting sanctions on Iran until the Islamic Republic recognizes the Israeli regime.

McConnell’s proposal, Iran would have to publicly recognize Israel’s right to exist, a demand which was made by Israeli Prime Minister Benjamin Netanyahu.

Sixty votes were needed to approve the measure in the 100-member chamber.

Netanyahu has said that a final nuclear agreement with Iran must include a “clear and unambiguous Iranian recognition of Israel’s right to exist.”

President Obama, however, has announced that recognition of Israel cannot be a part of the nuclear deal with Iran, saying requiring Tehran to recognize Israel is a “fundamental misjudgment”.

Under the Iran Nuclear Agreement Review Act, Thursday is the final day for the Republican-controlled Congress to disapprove of the nuclear deal.

On Tuesday, Senate Democrats blocked a resolution against Iran agreement for a second time in a week.

As was expected, the Republicans failed once again to gather the 60 votes needed for the resolution of disapproval.

This means the legislation aimed at sabotaging the historic agreement is essentially dead, and that the deal will now take effect without a veto showdown between Congress and the Obama administration.

It appears that Senate Democrats have finally succeeded to frustrate all Republican efforts to sink the Vienna accord in Congress and now the nuclear pact — negotiated by the United States, Britain, France, Germany, China and Russia — will begin taking effect next month.