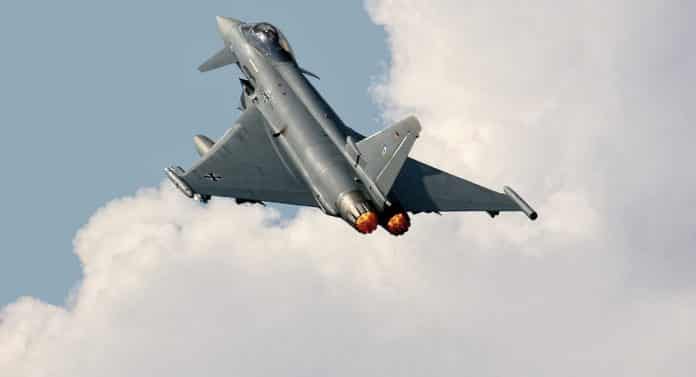 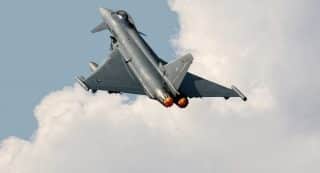 NATO continues its military buildup in close vicinity to Russia: for the first time since the inception of the Ukrainian crisis, German Eurofighters are set to patrol the Baltic Airspace with full ammunition.

U.S soldiers walk next to a Patriot missile defence battery during join exercises at the military grouds in Sochaczew, near Warsaw.

The NATO Baltic air-policing mission has been carried out by its member states since 2004, when Latvia, Estonia and Lithuania acceded to the military bloc.

In contrast with September – December 2014, the aircraft will carry enough ammo for a real fight: a gun, infrared short-range missiles, radar-guided medium-range missiles and an electronic defense system with decoys that are ejected at a threat.

“This is not a tool for escalation. It is just a tool to be on par [with a potential enemy]. And this is a tool to motivate the soldiers engaged in the activity [of air policing]”.

However, there is no need for a rocket scientist to read between the lines: NATO is unambiguously sending a belligerent signal to Russia. 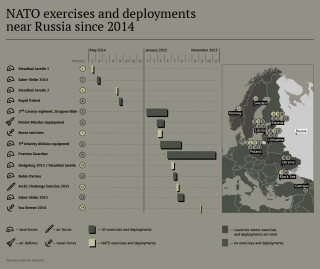 It is another, albeit minor, step in expanding the alliance’s military presence in Eastern Europe. For years, NATO has been creeping towards Russia citing all kinds of phantom reasons: the Iran nuclear threat, Crimea’s referendum, the Ukrainian conflict etc.

In addition to that, the three “vulnerable” Baltic States have been restlessly and hysterically exploiting the myth of an “evil Russia,” setting a convenient pretext for NATO to boost its military in the region.

Earlier in August, German journalists obtained a document that instructed the German Army to accumulate weapons, as “deterrence may become important again” in view of – guess what – the imaginary “Russian threat”, of course.

However, the Germans might be a little too late with their desire to show how committed they are to the idea of countering Russia. The Syrian crisis and a common enemy in the form of ISIL may bring Washington and Moscow together and help alleviate tensions – meaning Berlin will have to back down.

But the bloc’s long-term strategy is unlikely to change despite the promising Moscow-Washington thaw: the Ukrainian crisis, the latest meteorite crash, the extinction of the dinosaurs and other pretexts will still be used to accuse Russia of threatening the global security and stigmatize it as the arch enemy.