Home World NEO: On the forthcoming visit of China’s President to the US

[ Editor’s note: Vladimir Terekhov brings us an insightful look at President Jinping’s upcoming state visit to the US. With a huge economy and its corresponding dependency on importing key materials for the production of not only its export economy, but also a rapidly-expanding domestic one, China’s interest in maintaining and strengthening diplomatic ties is understandable.

The first is that no one, and I really mean no one, has shown the slightest curiosity about looking into the history of US cyberwarfare on China, and then the whole world in general. If anyone did, they would find out that we began it all, as we had a big head start, and have stolen anything and everything to our heart’s content with no concern whatsoever, whether anyone disliked it or not. There was nothing they could really do.

China has long been a major target, as has Russia. So as their capabilities grew in time, it was only expected that it would be payback time someday for all the damaged inflicted by US cyber warfare for so many years.

But, of course here in the land of the free, where our Founding Fathers warned us that being aware of what our government was really up to would be critical to maintaining our freedoms, our government lies to us about anything and everything, where it wants us to support policies we would not, if we knew the truth.

Why the Chinese have been so quiet about publicizing US cyberwarfare is beyond me.

But that leads me to my second point, which is the legendary Israeli espionage and cyberwarfare against the US, as they play an inside game, having been led in the back door of Homeland Security in the early days, even getting communication contracts.

Successive White House administrations and Congressional leadership have acted like there is not an epidemic of Israeli espionage going in inside our country, including not only Capitol Hill but the White House itself. Israel is an espionage wholesaler, in that it will get material of no interest to sell to others for the right price. This would include China of course.

So remember this when you see the politicians, the Pentagon and the NSA all whining about China the cyber devil. As long as they are never saying a word about shutting down Israeli espionage here, when virtually all of their assets are well known, including those on the AIPAC board, then they are all faking it… going with the flow to not rock the boat. We are most unfortunate to be under the protection of so many cowards and sell outs... Jim W. Dean ]

The first official visit of Xi Jinping as Chinese President to the USA on September 21-22 will be the most important event in current world politics. During this visit, he will make a speech at the UN plenary session at the beginning of the jubilee convention of the General Assembly.

In recent years, various aspects of the extremely complex system of relations between the two major global powers, which has a growing influence on the situation in the Asia-Pacific region and the world at large, have repeatedly been discussed in articles of the NEO.

It is impossible to be ignorant of the gradual transition of the character of these relations from natural competition to confrontation, especially in matters regarding problems ensuring national interests and security.

Nevertheless, although the long emerging issues in US-China relations have been worsening in the past year and a half, since mid-summer of 2015 the two sides have made efforts to ensure that at least superficially the results of the forthcoming summit would look successful.

The visit of U.S. National Security Advisor Susan Rice to Beijing in late August, during which she met with Xi Jinping and other high-ranking leaders of the country, was the most important link in the chain of preparatory bilateral contact.

Comments about the visit have drawn attention to the fact that neither Susan Rice nor the other parties of negotiations publicly mentioned the most acute reasons of the increasing level of discord in recent bilateral relations.

These particularly include the situation in the South China Sea, and the accusation by the US of cyber espionage being used by the Chinese People’s Liberation Army. The first reason has been discussed repeatedly in NEO’s articles as well.

The second is caused by frequent cases, as surmised by the US, of Chinese infiltration into both private and state-protected computer networks.

Two particularly serious incidents in the United States happened in 2014 when “hackers employed by China” breached the government computer system of the Office of Personnel Management, which contains confidential information about 4 million current and former US government officials.

After that (in January 2015), the US National Security Agency reported that “China stole” a vast array of data relating mainly to stealth technology and engines development that were used in creating the newest of the F-35 from closed information networks.

The information leakage about acts of “traditional” espionage from China became the cause for the considerable buzz in the American press. Some Chinese scientists working in American universities or private companies were named.

All these scandals have not helped to create a favourable atmosphere in the United States regarding the bilateral summit with the Chinese leader.

The situation has been aggravated by the attacks of “American hawks” regarding the upcoming summit. Without mentioning the instigators of such attacks by name, the Chinese side has pointed its finger at some representatives of the Republican Party, who have begun participating in the presidential race.

Numerous articles written by Chinese experts over the past few months have been predominantly positive, contrasting with the general atmosphere of suspicion, or mere silence, in the US media on the upcoming visit of Xi Jinping.

These articles were published by the state agency Xinhua and semi-official Global Times. The general spirit of these articles is reflected by headings such as: “Xi’s U.S. visit to deepen connotation of new-model of major-country ties”. As follows from publications, the possibility of the development of these “ties” in virtually all spheres of bilateral relations is not excluded by the Chinese. 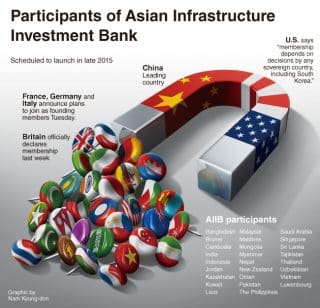 Attention is drawn to the discussion of the United States possibly joining various Chinese grand projects (so far, however, nothing seems to be finalised), united by slogans like “New Silk Road Initiative” or “One Belt One Road“.

Early September, Jin Liqun, president-designate of the Asian Infrastructure Investment Bank, said that Japan and the United States may become members of the China-led AIIB.

It is likely that these positive messages from China to Washington are in response to the People’s Republic of China’s possible accession to the Trans-Pacific Partnership patronized by the USA, an accession suggested as far back as in the fall of 2013 by the same S. Rice who had just recently taken the present state post.

However, since then such a prospect has never been confirmed by the United States. Perhaps because the TPP project itself is still in limbo.

During S. Rice’s last visit to Beijing, Xi spoke of the “constant readiness [of China] to work with the USA to further develop practical cooperation at bilateral, regional and global levels“. S. Rice’s reaction to these words was of the same relatively general nature.

However, now that the USA has entered a period involving an extremely complex presidential race with an unpredictable outcome, it is pointless to expect Washington to be more specific in the critical aspects of relations with its main geopolitical opponent.

The final act in the same multi-pass preparation procedure for Xi Jinping’s visit to the United States began with talks between China’s special envoy Meng Jianzhu and senior officials of the US administration (including Susan Rice and John Kerry), held in Washington in mid-September.

The most significant result of these talks was “reaching an important consensus” on joint efforts in the field of cybersecurity. Thus, it can be argued that both sides have done everything possible at present to create favourable surroundings for the upcoming US-China summit.

As for its effectiveness, expert forecasts for now range from sceptical to restrained optimism. It remains to be seen what the results of negotiations between the leaders of the two leading world powers will turn out to be.